Yesterday I decided to do a Twitter Q & A regarding the plane videos of Nick I posted back on May 13th. If you still haven’t seen them or have a clue what I’m talking about, they’re in the episode-by-episode spoilers. As you’ve seen over the weeks in “Reader Emails,” still quite a few doubters, so I decided to share as much as I could about them. Let me make something clear. The person who took this video has said from Day 1 they don’t care if I post all the info she gave me about it or our text conversation that came in on the night of May 11th when she sent it to me. What does she care? She has nothing to do with the show. Just a random person on a plane I happened to know. Obviously she doesn’t want her name out there, but she was like, “Share everything. I don’t care. I find the whole thing funny.” I just didn’t feel I needed to since, 1) I’d already given you the spoiler before I gave you the videos and 2) I don’t feel I need to prove myself to anyone. The spoiler will speak for itself. These videos were just an added bonus this season, and something that’ll probably never happen again. So do I need to show the word-for-word conversation of how she contacted me, what she said, and how the video came about? No. But I can answer questions about it so that’s what I did yesterday. I guess the thing that has surprised me the most through all of this is that if I initially said, “Hey, I’ve seen videos of Nick talking on a plane about being dumped and I know Andi doesn’t pick him,” it would make sense to doubt it because, well, what proof do you have other than my word? But once I gave you the videos, it definitely is a bit surprising how many doubt the validity to them. Here was the Q & A from yesterday on Twitter: 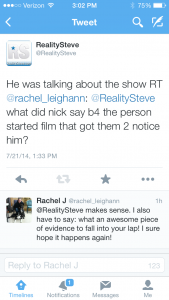 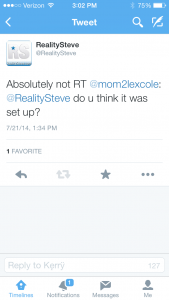 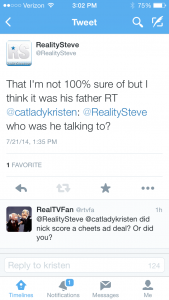 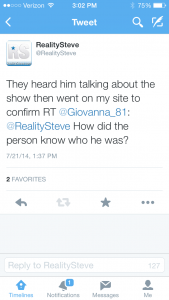 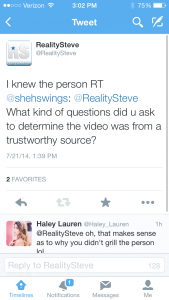 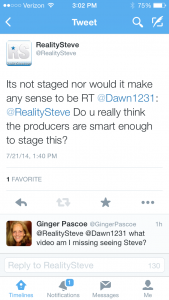 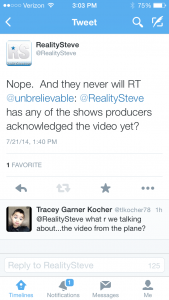 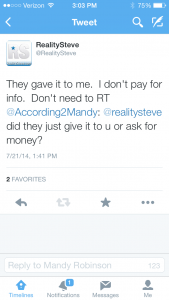 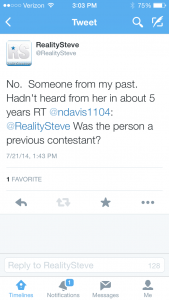 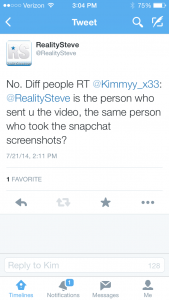 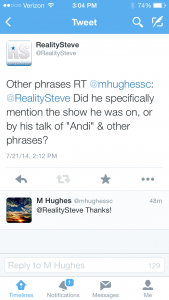 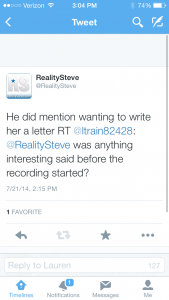 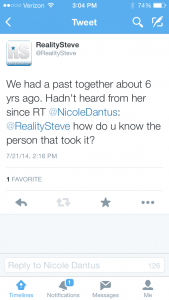 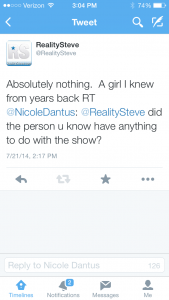 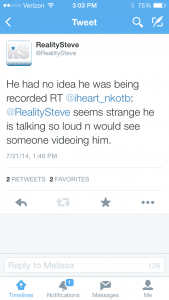 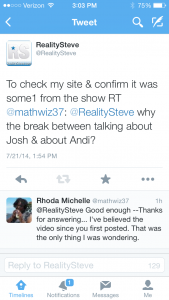 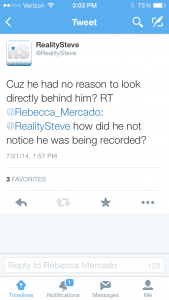 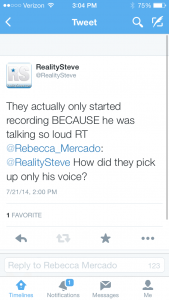 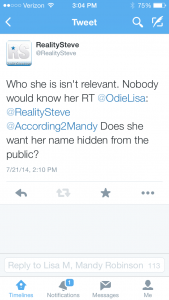 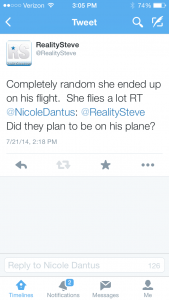 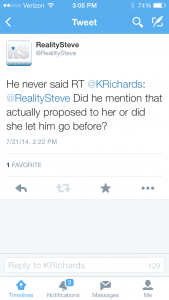 I think the funniest thing about this whole thing was that she initially started recording Nick on the plane because he was talking so loud. She told me she was just gonna text the :30 video to her friend to basically say, “Ugh, look at the loud talker I’m sitting behind.” But then when she actually listened to what he was saying, she realized he was talking about the show. She told me she hadn’t watched the show in years, but obviously was familiar with it. She heard him utter the phrase “After the Final…you know” and that’s when the green light went off in her head. She immediately pulled up my site because she knew me from years ago (I hadn’t had any sort of contact with her in at least 5 1/2 – 6 years we’ve since determined). She saw Nick was a contestant that I had confirmed already, so she realized she was sitting behind the guy who was eliminated at the final 2 based on what he was saying. I mean, this was complete blind luck. Someone from my past who I hadn’t heard from in close to 6 years just happened to be sitting behind a guy on the plane talking about the show and essentially spoiling it? Yeah, that’ll never happen again. But I’m glad it did. I didn’t have her in my contacts anymore, so when I got that text, it was from a number I didn’t recognize. Took me a few texts to realize who it was, but once I figured it out, and remembered she was originally from Wisconsin, it made sense why she’d be traveling there. Amazing she still had my number in her phone. I must’ve had a profound impact on her life. Man, an almost 6 year shelf life. I feel honored. Thank God now only I’m only 6 days away from being vindicated. Gets old hearing the same stuff season after season after season about how I’m wrong. This isn’t a guess, I’m not predicting who I THINK she chose, nor am I trying to predict who would be a better fit for Andi. I’m telling you who she chose at the final rose ceremony back on May 9th because I KNOW who she chose. Big difference. 6 more days. 6 more days. 6 more days. C’mon, start the chant with me.