Group date: 9 girls were: Emily, Becca, JoJo, Leah, Jen, Olivia, Jubilee, Lauren B., and Caila. They went to “school,” had to learn Spanish phrases, then had to walk around town asking the locals where restaurant they were supposed to meet Ben was with the phrases they learned. They also had a food list where they had to go to the market and buy food for later on that night. Everyone had to pair up, but since there was an odd number of girls, one of them got to pair up with Ben and it was Olivia because, well, Olivia. They all had to cook a dish together. Lauren B & Jubilee “won” with the best dish. The after party was at a hotel, and Ben ended up letting Jubiliee go. Olivia ends up getting the group date rose.

1-on-1: Lauren Himle. They participated in a fashion show that was spoiled on social media that day. Lauren got a rose. 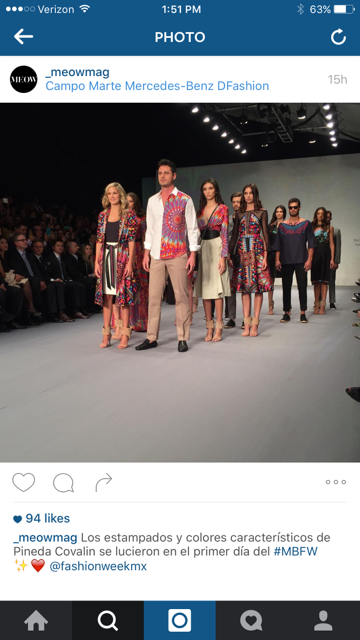 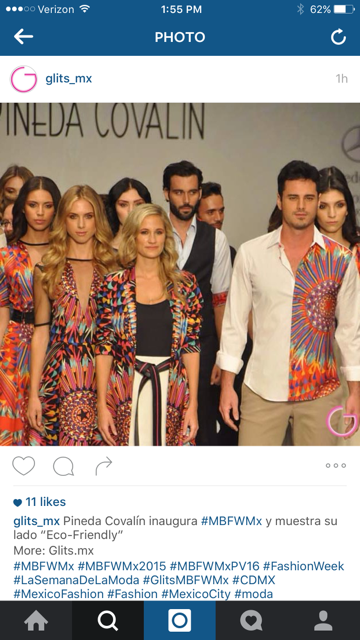 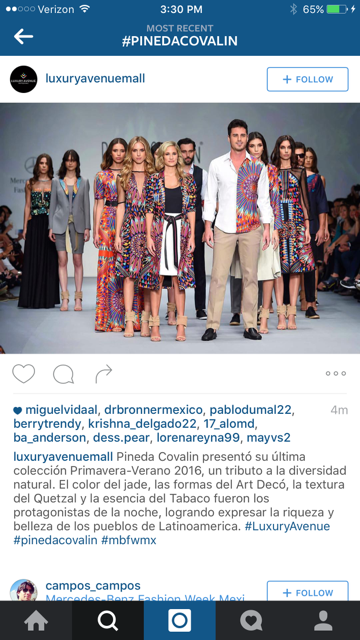 It was during this rose ceremony cocktail party, that Olivia made a reference to Amanda being “Teen Mom” and this will be the drama this episode. Olivia apparently just rubbed a lot of people the wrong way with things she said and did. This was one of those examples. Not to mention we’re 5 episodes in now, and the first impression rose girl has yet to get a 1-on-1. She wasn’t happy about that.

Info for who was headed to the Bahamas and all the girls identified while there was posted on Oct. 19th. 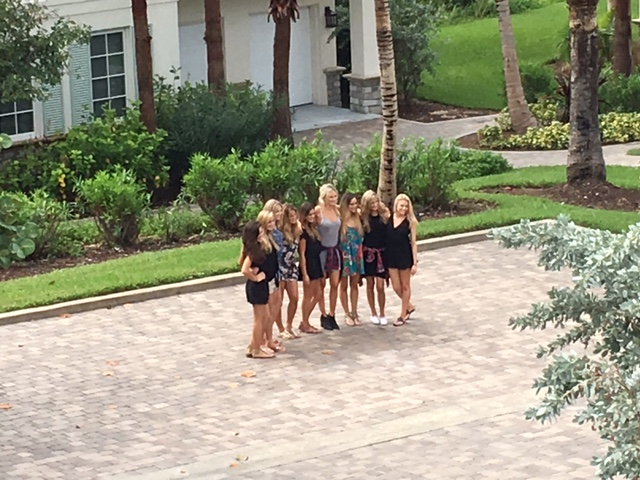 1-on-1: Caila Quinn. They went deep sea fishing. Caila got a rose.

Group date: 6 girls on the date: Lauren B., Leah, Amanda, Becca, JoJo, Lauren H and they went swimming with the pigs. At the Exuma Grand Isle Resort & Spa, that is the thing to do. Amanda got the group date rose.

2-on-1: Olivia Caridi and Emily Ferguson. They took a boat out to a private island and each girl got their time with him. Emily got the rose. Olivia was sent home.

After he came back from his 2-on-1 date, Leah went and talked to him. Apparently she wasn’t happy since she was the only one at this point who hadn’t had a 1-on-1, while Caila’s had two. Ben ended up sending her home. He then cancelled the cocktail party that night. Guess his mind was already made up.

1-on-1: Lauren Bushnell. They went to the Baker’s Youth Center where Ben used to work, and met up with some of his friends, along with some Indiana Pacers. Then later went to a bar, Rex’s Rendezvous.

Here were pics I tweeted that day of them outside the Youth Center: 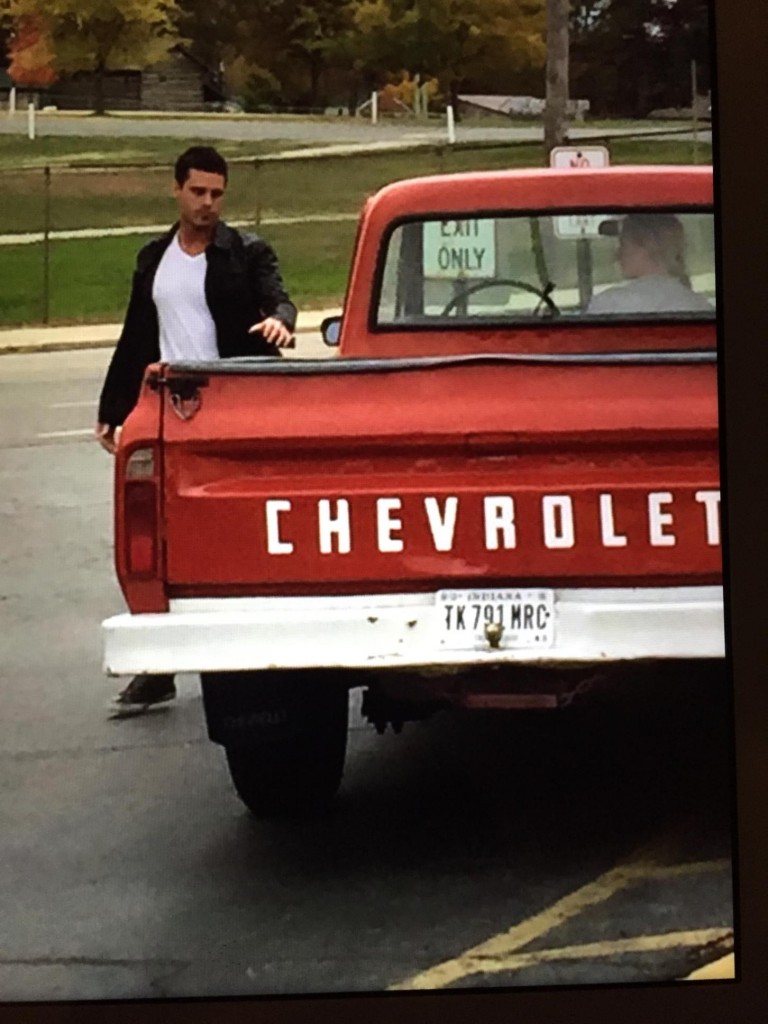 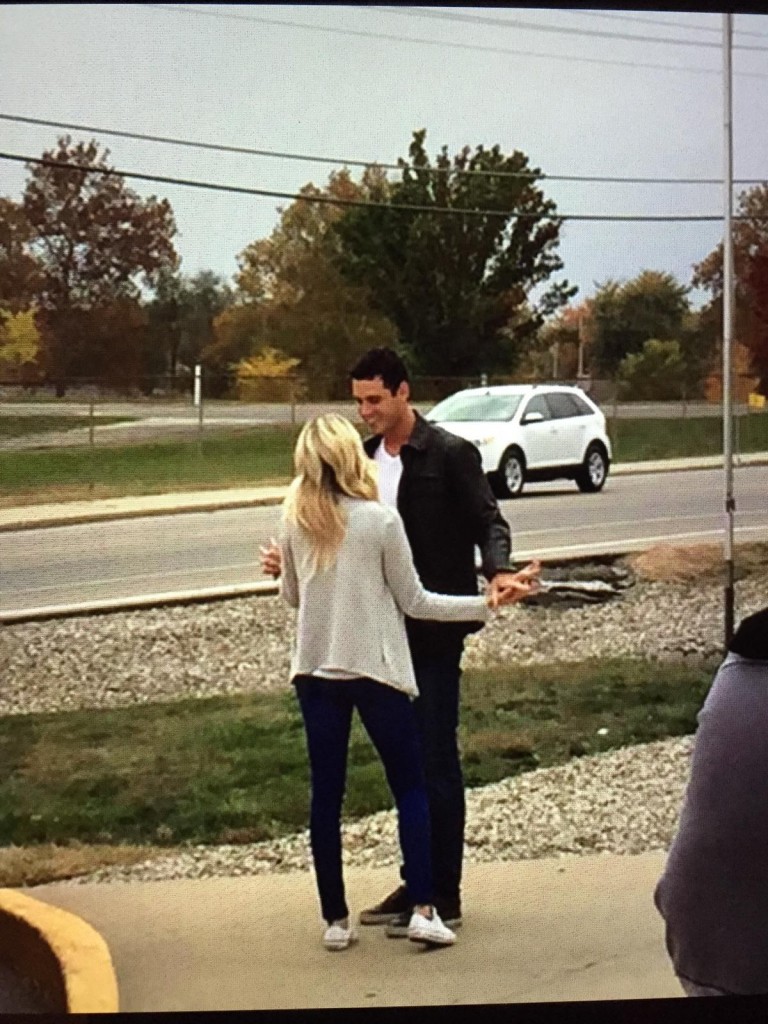 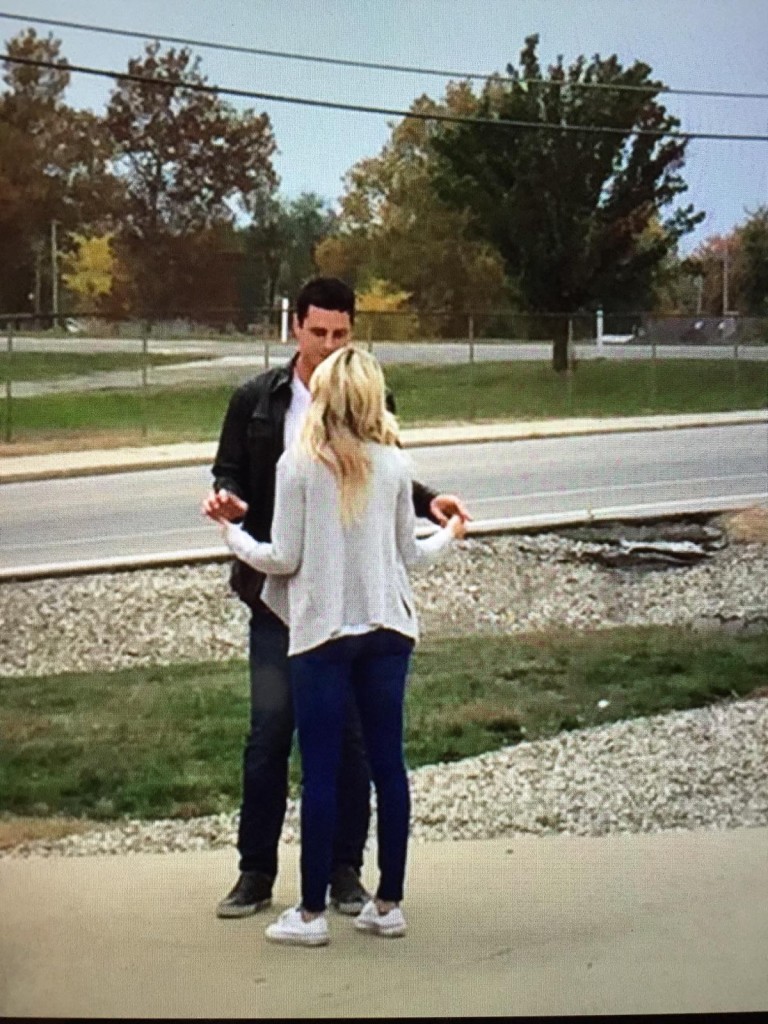 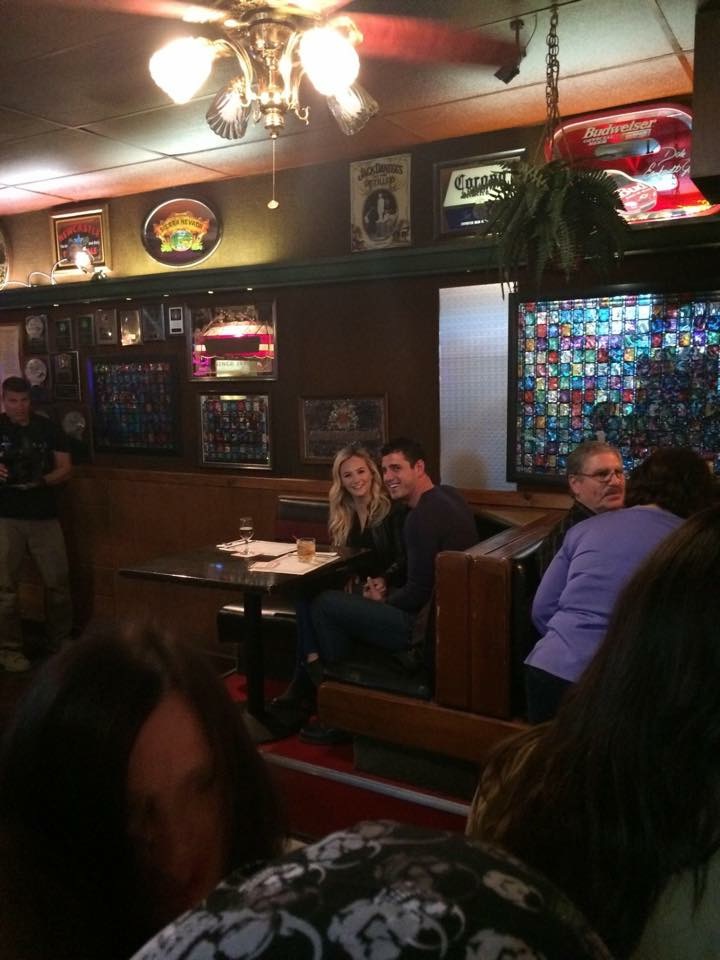 1-on-1: JoJo Fletcher. He took her to Wrigley Field where they played baseball.

Group date: Becca, Amanda, and Caila. Amanda got the group date rose. Once she got the rose, Ben and Amanda went to McDonald’s where they filmed a commercial. McDonald’s was the one who was in charge of setting up the carnival for them. Here were some pics that night of them at McDonald’s, although you can’t really see them: 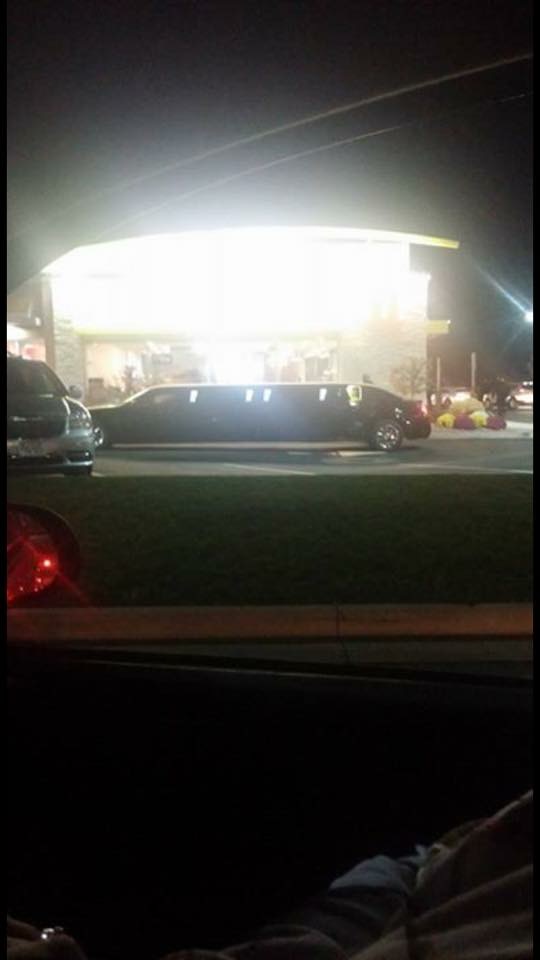 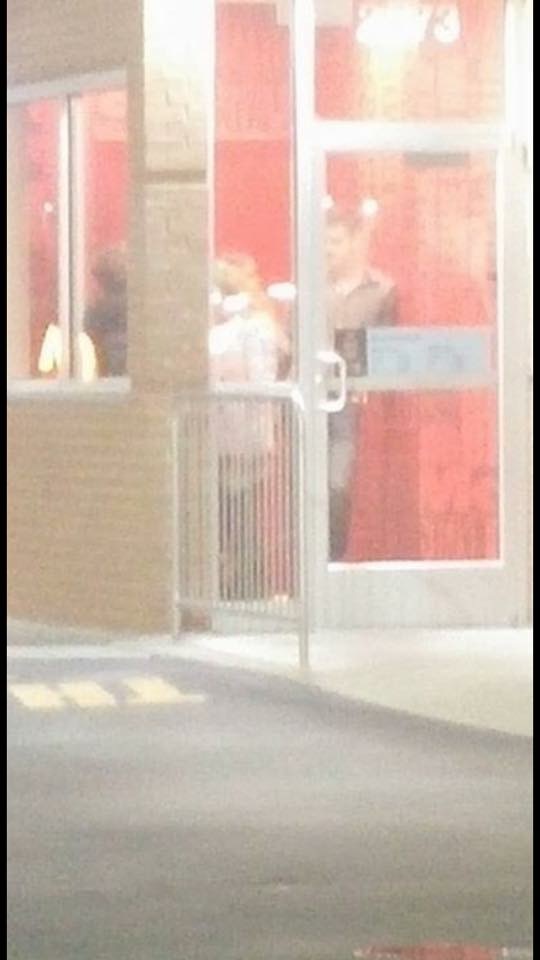 Then their appearance at the carnival was the most spoiled date of the season on social media. Tons of pictures from that night:

Video of Ben and Amanda kissing:

On the day of the rose ceremony, Ben took Emily to meet his parents. It was after meeting them that Ben decided to let Emily go.

As for all the teasers I gave out in either my column or on Twitter, here are all your answers in bold that were just in the spoilers, but more of a “Cliff Notes” version in case you didn’t read word-for-word:

-There is a movie promotion tie-in this season for one of the dates: “Ride Along 2”
-A couple of world famous athletes were part of a date: Alex Morgan & Kelly O’Hara from the US Women’s National Soccer Team
-A couple of repeat dates that we’ve seen from previous seasons – one a group date and another a 1-on-1: Group date – soccer (Juan Pablo’s), 1-on-1 – hot air balloon (Chris’)
-The Vegas group date, each girl had to perform a “talent.” One was declared a “winner” by the crowd. That girl did not end up getting the group date rose: Lauren H. voted winner by the crowd, Lauren B. got the group date rose.
-At least 4 people were eliminated or left before a rose ceremony took place (make that 5): (Not including the 2-on-1 date since that’s a given) Lace, Haley, Jubilee, Leah, and Emily.
-A parent was involved at some point this season (not referring to Ben’s): Emily & Haley’s mom
-Chris Harrison “planned” one of the dates this season: The first 1-on-1 of the season
-There is a 2-on-1 this season, but unlike last season went Chris booted Kelsey and Ashley I., Ben does keep one over the other: Olivia and Emily. He kept Emily
-Somebody got two group date roses: (Actually, I miscounted when I posted before. Two girls actually did) Olivia & Amanda
-Who “won” the first group date of the season? Mandi
-Who “won” the second group date? Olivia
-What does Teen Mom have to do w this season? Olivia referenced Amanda being similar to “Teen Mom” in Mexico City. This will no doubt be a storyline
-What’d Ben & Amanda do b4 the carnival? Filmed a McDonald’s commercial
-Who’s the “crazy” one? Mandi
-The “I’m not here to make friends” girl? Olivia
-What happened 2 the twins? It wasn’t a 2-on-1 date, but in Vegas (since that’s where they live), on the day of the rose ceremony, Ben took both girls out and they ended up back at their mom’s place. Ben let Haley go and she stayed there while he kept Emily and she came back and joined the group