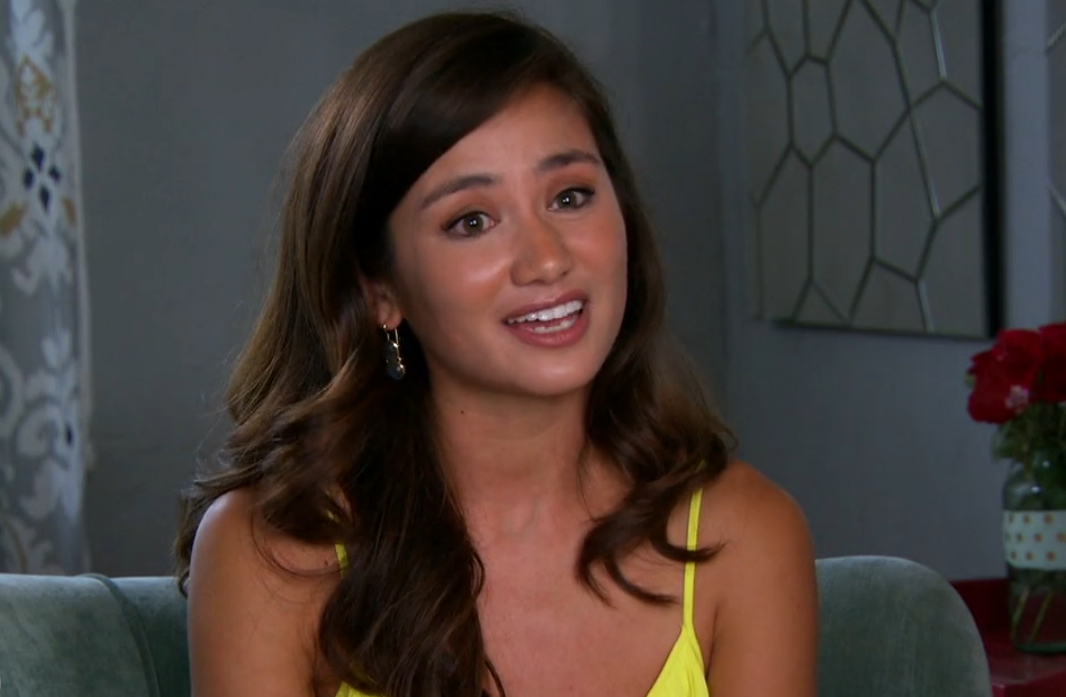 In this day and age, it’s almost impossible to keep a secret. Impossible. Social media is probably the biggest reason why. We hear things all the time, someone says something, and then you gotta scramble for the truth. When dealing with spoilers, this is basically my life this time of year. We are now in what I like to call the “fun zone.” This is my favorite part of spoiling the “Bachelor” franchise. It’s definitely the most fun. Being given tips on contestants, following up, making sure it aligns with other things I get, all while keeping my sources anonymous. I’ve been spoiling now for 7 years and it never gets old to me. And then once I see everything play out exactly like I laid out it would is definitely gratifying feeling. And why wouldn’t it be? I do get confused on why so many people want to know who or how I get my info. Why? As long as it’s right, what does it matter? It’s not like you’re paying for my information. It’s free. I put it out there, you choose to believe it or not. Why does it matter where I get it as long as it’s right, right? Then we have instances where what happened late Thursday/early Friday happens and things begin to get a liiiiiiitle bit tricky.

As a lot of you know who follow me on Twitter, I tweeted out Friday morning that there were some rumors circulating I was trying to get confirmation on and I’d let you know as soon as I found out. And I meant exactly what I said in the tweet. “Trying to get confirmation,” and “let you know as soon as I find out.” I wasn’t lying. I’ve never tweeted something then never followed up with it in another tweet or in a column. Never. Nor would I ever do that. Did you really think I wouldn’t address it? The fact is I was hoping I would get the confirmation I felt I needed sometime over the weekend from my sources – but I never did. Hence the reason I never followed up with it until now. If I had, I would’ve tweeted again or posted something Saturday or yesterday. I’ll tell you now what I was told and what led me to tweet what I did on Friday morning. Earlier that morning I received correspondence from someone telling me that Caila received a phone call Thursday night from producers who told her they were changing their mind and decided to go with JoJo as the “Bachelorette.” Obviously this goes against what I reported on March 3rd on Twitter, which was then parroted by numerous media outlets the following day. So not something I take lightly and definitely wanted to make sure I got this confirmed by more than one source. It sounded legit based on what I was told, but having been burned a couple times in the past, I’m not gonna run with something (especially when it’s to change a spoiler I currently put out there) unless I get it backed up. All weekend I tried to see if it could get it backed up by a second or third source – but to no avail.

So all I can do is go off of the original source who told me this information early Friday morning, which I then tweeted out. Just because I didn’t get it double or triple sourced doesn’t mean it’s not true. Just means I’m relying on the information of just one individual and I usually don’t like doing that. Most of the time in instances like that, the info has ended up being right. But obviously in this line of work, you can never be too careful. If you’re asking me based on who it was, how they knew, and what they told me, do I think what they told me is accurate? Yes. I believe it is. You’ve always known my stance on the final two girl being announced as the “Bachelorette” on the ATFR since they’ve gone to the current shooting schedule of filming beginning in just days. Seven consecutive seasons the final two girl hasn’t gotten the role, and there have absolutely been some worthy candidates. Honestly, I still don’t know how it’s gonna look to announce JoJo as the “Bachelorette” tonight within the same hour of her coming out and talking to Ben about the dumping. Yes, I know that this happened four months ago and of course she’s over it, BUT, a majority of this show’s audience doesn’t grasp that concept and they want her to feel devastated and asking for answers tonight. Then to turn around in the same show and say, “And by the way, JoJo is our Bachelorette” is just bizarre. But whatever the case, it sure looks like JoJo is getting the gig and it’ll be interesting to see how they play it tonight.

As for Caila and why she was filming in Ohio on March 3rd? Basically, she got played. They led her to believe it was her, she was convinced it was her, they shot her intro package that day in Ohio, then they told her at pretty much the last minute, “We decided to go with JoJo.” From everything I’ve heard, Caila is not happy, nor should she be. However, when you’re dealing with the slime that are these producers, you should always prepare yourself for the worst so that when it inevitably happens, you’re not disappointed. Granted, I’m sure a lot of Caila’s disappointment has to do with the fact that she lost out on a huge opportunity to build her brand, and all the classmates who voted her “Most Likely to Host a TV Show” in her high school yearbook will probably be stuck waiting longer now. Sorry guys. Caila’s star is starting to dim out already. Guess she’ll have to make an appearance on Paradise to get that thing ramped up again. I have no idea if she will, but within this franchise, that’s the next logical step if she wants to keep her name out there, which she most certainly does.

Hey, I’ve always hoped it would be JoJo over Caila, but I just never saw how it could happen once I knew JoJo finished second based on their track record. Hell, if you go back to my post on Oct. 19th when filming was still in the Bahamas, that was the day I released JoJo as a contestant and I even said then she’d be an early “Bachelorette” candidate. However, knowing now that Arie, Nick, and Caila have all suffered the same fate of having intro videos shot and then not getting the lead role, not to mention Caila getting the rug pulled out from under her 4 days before the announcement was official, goes to show that there really isn’t anything that’s confirmed anymore when it comes to that announcement. I mean, sorry for not being able to predict that the show will now tell people they are the “Bachelorette” then yank it away a few days before the announcement is made. Sucks, but what can you do? The good thing is I have no problem eating crow on this one since: 1) I wanted JoJo over Caila anyway and 2) You will hear zero retraction from US Weekly after they ran with Caila 24 hrs after I did. I’ll always take responsibility for every time I’ve been wrong. Trust me, although it sucks and I don’t like to give wrong spoilers, if I am gonna be wrong on something, I’d much rather be wrong on who the next lead is than wrong about the ending of the show. Speaking of…

So we’ve finally reached the pinnacle tonight. And well, since JoJo looks to be the new “Bachelorette,” I’m sure you all can put two and two together and realize that Ben didn’t pick her and the spoiler was right. All those stupid tabloid rumors are just that – rumors. They do it every season about the final couple already in trouble, or already broken up, yada yada yada. Same song and dance. They need to find a new shtick. Ben is with Lauren, he’s been with Lauren ever since Nov. 18th in Jamaica, they are engaged, and they are happy. So as mentioned, I’ll take the Caila over JoJo for “Bachelorette” spoiler being wrong after just giving you a whole season of spoilers that nailed every detail outside of Mandi going home in episode 2 instead of episode 3 which was in the original spoilers. Damn. Almost pitched a perfect game.

Now it’s on to next season. Filming begins on I believe Thursday just going by past schedules and knowing they like to begin on Thursdays, and tomorrow I will post your first guys that will be on the next “Bachelorette” season. Only going to be a few since as I’ve mentioned numerous times before, there’s no rhyme or reason to when I release the guys and how many I release. Some days I’ll release two, then a week later I’ll release ten. I’m not in any hurry. There are social media clues everywhere for contestants, so, you could probably even find some on your own if you wanted to. Releasing the contestants is not why people come to this site. You come for your inside information and your episode-by-episode spoilers, which you’ll get. You’re eventually going to know all of the contestants anyway. Whether you know them on March 15th or March 27th, or April 4th, or April 16th, whatever, I don’t think that matters all that much. I can tell you right now, I have six guys that I’m confident on, and two or three more I’m still waiting on confirmation of. As we go about these next few weeks, I’ll release those accordingly. Also, tomorrow I will reveal one U.S. location I know they are headed to this season. When I was told it, I can honestly say I’d never heard of it before. I’m sure most people haven’t to be honest. But they are definitely going there at the end of this month.

Enjoy the finale tonight and I’ll talk to you tomorrow…