For episode-by-episode spoilers of Brad’s season, click on the link above that says “Bachelor Brad Spoilers” (it’s like, 1″ inch above this sentence. Twice). It had a breakdown of every date, rose, and elimination, all the way down to Brad’s final choice. Which of course was modified since there was some kinda big news revealed on Feb. 28th. Don’t know if you heard.

This column is strictly going to focus on the ATFR and the aftermath of this season. I never recap the 2 hour finale in the season ending recap for the sole reason that there’s really no point. It’s a lot of mush, a lot of nothing, a lot of dead time where not a lot goes on. Plus, we knew the outcome, so it’s not like anything you saw last night should’ve surprised you. What surprised me though was sometimes I wonder whether or not people actually read my site, or they play the “telephone” game with friends and things get completely lost in translation. I was shocked, to say the least, at how many tweets and emails I got right around the time Brad sent Chantal packing last night along the lines of “You were wrong!”, or, “You said he picked Chantal” etc. Have people not read ANYTHING on this site since Feb. 28th? I mean, maybe you missed the column that Monday the 28th where I stated there was a different ending, but in every column since then (and there’s been five of them), it was repeated numerous times Brad is engaged to Emily. Very bizarre.

I’m not going to sit here and say “I told you so”, but all you have to do is go back really to Feb. 24th and realize that every single thing I’ve told you about what I heard happened played out exactly like I said it would. To save you the time of reading six or seven different posts, just wanted to refresh your memory of everything I’ve told you since then in cliff notes version:

-That Ashley H would be the next “Bachelorette” when no one had any reason to believe she was
-That Chantal was already dating someone new
-That Brad and Emily got engaged in South Africa and were still engaged to this day
-That there was nothing out of the ordinary for the final rose ceremony. Both girls show up, he dumps Chantal and proposes to Emily
-That Ricki was not part of the finale
-That on the ATFR, it is brought up that Chantal was happy and had moved on with someone else
-That Brad and Emily have already broken up once
-That the ATFR would be unlike any past ones and would have more tense and awkward moments than in seasons past
-That Brad and Emily are still engaged but that they’ve definitely struggled with their relationship
-That the three “successful” couples will come back as sort of an intervention to give Brad and Emily advice on how to get through the media blitz

I’d say that’s about as good as you’re gonna get. For three months was I wrong about Brad and Chantal being together? Absolutely. But ever since Feb. 24th, every word I’ve written on this site has ended up turning out to be true. I’m definitely happy I was able to redeem myself and if you think that somehow ABC is on to me, or they know my sources, or I won’t have anything in the future, you couldn’t be more wrong. If they were, how did I get everything from Feb. 24th on about the finale and ATFR? The more seasons this franchise keeps producing, the more seasons I will spoil. It’s as simple as that. I mean, here we are on March 15th (Three years to the day that I adopted Maddie by the way), and already I’m about to give you news on Ashley Hebert’s season, which begins filming either today or tomorrow from what I’m told.

So in honor of Ashleys season beginning filming this week, I figured I’d give you the name and picture of one of our first confirmed contestants. Right now, I’ve currently got five names and a couple pictures, but I’ll just do one today, then I’m sure as I continue with updates, you’ll be getting more and more info as the season continues filming. Just because we’re in the “off season” of this show doesn’t mean there’s news to report. The “off season” is actually where most of my work is done. So just like last “off season” (October thru December), I will be updating you on spoilers and confirming contestants. Anyway, this guys name is Benjamin (Ben) Castoriano, and he’s a lawyer from New Orleans. Click here to look at one of his bio pages. Also, here are a couple pictures of him. 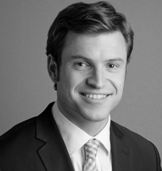 “Ashley and Ben, sittin’ in a tree…” Ok, maybe it’s a little early for that, but I just thought I’d get the party started early on this one. I wonder if Ben is gonna slap her out of the limo? Or show up that night and say, “Wait a second. Where’s Chantal? Or Michelle?” Awwwww, I’m kidding. I’m glad Ashley is the “Bachelorette” and am actually looking forward to her season. Not that I care whether or not she ends up in love, but to me, she’s likable and by all means if things work out for her, then that’d be a good thing. If not, oh well. Just be another failed couple from this show, which there are plenty of, so no shame in that. On to last night…

Here was the video from my “Good Morning Texas” appearance yesterday morning. A lot of fun. Hopefully we can do this every season so more people in the DFW area will hear me spoil the ending. Awesome.

First want to thank everyone who came out to Bailey’s last night for the viewing party. Great crowd, sorry that the seating was a little scarce, but I thought the audio problem got fixed and for the most part everyone had a good time. I know Laurel got her fair share of questioning from people, but after that ATFR show last night, I think it’s pretty safe to say that, well, maybe she isn’t off her rocker like most people seem to think. We’ll get to that later. But thanks again everyone for coming out. I took more pictures than I can possibly remember, half of which I don’t remember all that much, but it was still a good time all around. I’m sure we’ll do it again for Ashleys premiere of the “Bachelorette” on May 23rd, so set your calendars now.

Wanted to also remind everyone to the “Reality Rocks Expo” happening at the LA Convention Center on April 9th & 10th that I will be attending. Actually, I’ll only be there Saturday the 9th due to a prior obligation on Sunday, but it should be pretty fun. Click on the link below as it has all the details and information you need to know from who’s gonna be there, to what type of discussions and panel events they’re having, etc:

Looks like they’re adding more and more people as we get close to the event, and as I mentioned last week, at some point I will have free passes to give away. So here’s what I want you to do. If you are interested in going to the event, send me an email stating that you are. Just so you know I will be fair about who gets the tickets, I’m going to do a drawing on one of my upcoming video blogs so you can actually witness me choosing the name. Hell, maybe I’ll have Maddie choose it. I still don’t know how many passes I’ll be getting, but I was told I would be getting some in exchange for promoting their event and being a sponsor. So if you’re interested, just send me a quick email so I can put those emails aside until the drawing. The event is in a month, so it looks like I’ll do the drawing in 2 weeks. That’ll give anyone out of state who may end up winning time to book a flight and hotel. These passes are just for entrance into the event and nothing else.

One last thing before I give my thoughts on everything we saw last night, and that’s in regards to Molly and Jason on the ATFR. Outside of the “Wow, Emily is a kind of a bitch” emails which have been the #1 topic on emails and tweets, the second biggest topic was Molly saying during the ATFR how hard it was to watch Jason propose to someone else. This led many people to believe that meant Molly and Jason had been in touch with each other before Jason and Melissa broke up. Huh? I mean, I know it was two years ago and maybe some people’s memories escape them, but that that was not an admission of anything. When Jason/Molly/Melissa taped that ATFR, it was in late January of 2009, a full six weeks before their finale aired. So when they left that taping and Jason and Molly began their relationship from that day on, there was still six weeks of episodes to watch every Monday night. That was what was so unusual about that whole situation is they taped the ATFR six weeks before the show was done. Then remember, they had an ATFR 2 that taped a few days before the finale, and that’s where Jason and Molly gave us an update on what the previous six weeks had been like, and they announced Jillian as the “Bachelorette”. Just wanted to clarify that for the numerous people who emailed me in the last 12 hours to tell me Jason and Molly were lying about never having seen each other.

To be even more clear, here’s the timeline of how that all went down:

-Jan. 2009: Jason’s season begins airing
-End of Jan 2009: After only about 3 or 4 episodes of the show have aired, the ATFR 1 is taped, Jason dumps Melissa, and starts seeing Molly off camera
-Feb 2009: The show is continuing to air while Jason and Molly are having their safe house visits
-March 2009: ATFR 1 is shown right after the finale airs, even though it was taped six weeks previous
-Next night: ATFR 2 is shown, Jason and Molly come back to tell everyone what the last six weeks have been like together.

I think that’s about as clear as I can make it. Molly didn’t reveal anything scandalous last night by saying watching him propose to Melissa was hard on her.

Some ATFR Notes…Is the Final Couple Still Together?
Mike Fleiss Sucks at Math
To Top