-Cocktail party time and Hurricane Courtnemily is fast approaching. Only minutes before it touches down. Everyone, quickly, to the basement! Bring your wives and children and get in the bath tub now! P-Germy: “Courtney is like a statue made of marble. It’s really beautiful, but its cold, and its hard on the inside.” Well, we know Ben is too, so I’m guessing the Notorious Epidemiologist is walking on a tightrope bringing this up to Ben. She pulls him aside to let him know that Courtney is essentially the devil in a dress.

Emmy O:“There’s someone in particular that acts different around you than she does us.”
Ben: “Well, I don’t expect you to throw her under the bus, but, I don’t know who you’re talking about.”
Grandmaster E: “On this group date, we didn’t think this person wouldn’t particularly act all that well, and then she got the rose for the date.”

So yeah, that pretty much threw her under the bus. I know Ben may be a dope, but I’m guessing he can figure out who it is now. Ben: “You’re gonna go crazy if you read into this…it’s gonna lead to your own demise.” That basically went over as well as a crap sandwich. Made Ben defend Courtney, made Emily seem like a snitch, and Ben gave her the most uninterested, thanks-for-the-talk-pal kind of hug when she left. She might as well have have packed her bags and headed back to North Carolina after that talk because her fate was sealed that night.

-To make matters worse, either not knowing Casey S. was acting as a double agent, or purposely telling her I’m not sure, Emily goes back to Jamie and Casey and tells them that she ratted out Courtney to Ben. Casey S. is having none of it because she’s delusional and happens to see the good that is in Courtney. Casey: “She’s not a fake person.” Emily: “Courtney’s not a fake person? You’re the only one that thinks that.” So either 11 girls are right and 2 girls are wrong, or 2 girls are right and 11 are wrong. I’ll play the numbers game and join Team Emily. Can I buy a shirt? When Casey runs to Courtney to tell her what Emily said, the sh** hits the fan. So it’s not like Courtney was in an ITM and could’ve been giving answers to questions that had nothing to do with Emily. She is sitting in a 1-on-1 conversation with Casey responding to hearing that Emily talked bad about her to Ben. One thing I’ve noticed about Courtney is she constantly has a giant glass of red wine in her hand. I don’t know if her filthy mouth is fueled by alcohol or what, but lets just say she dropped more f-bombs than a Chris Rock concert. We get such gems as:

So is Courtney a bitch or not? Is this all an act or not? Is she just there to win or is she really looking for love? Just like every contestant who’s ever been on this show, they have people that love them, and have people that hate them. Sure, Courtney has way more haters publicly than say someone like Kacie does at this point, but, you knew at some point someone from her past would come forward to defend her. Looks like WetPaint.com found someone who’s under her spell…errrrr…who thinks she’s an angel as well. It’s impossible to know what to believe is true and what isn’t about her. People who like her will defend her, those that don’t won’t. We are seeing bits and pieces of hours and hours of footage of her. Do I think she’s a saint? Absolutely not. And I don’t expect her to win me over at any point. Her ex probably still wants to get in her pants. Here’s what is true about her though: She’s engaged to Ben.

-Remember how I told you that I’ve gotten more “Courtney looks like…” emails than any other girl this season? Well, I made the list. Here it is. Some I can totally see, some I don’t see at all. But I’ve gathered as many emails as I could from people telling me who they Courtney reminds them of and here it is:

Time to make a decision. And the obvious winner is: 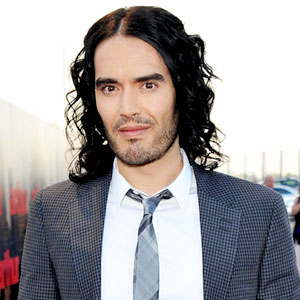 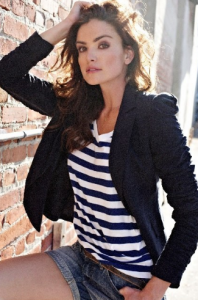 -Nicki runs in and pulls Ben out of the hurricane to take him outside where it’s snowing. She wants to catch it with their tongues. Doesn’t work out so well. But you know what does? You guessed it: Ben’s tongue her mouth. He’s so tricky like that. It’s almost like his limited mental capacity only allows him to talk for a certain period of time before he must kiss someone to make them forget what a dolt he can be. And if Nicki was already gushing about how into him she was after all her shining on group dates, she’s probably over the moon now that she gets to kiss the guy while it’s snowing. It’s like you could’ve taken a picture of this scene, framed it, and given it to them at the “After the Final Rose” show if they were actually a couple. But they’re not. Ben and Courtney’s relationship will be remembered by them playing a game of hide the pickle in the waters of Puerto Rico next week. I wonder if what happens when they’re skinny dipping in the water next week will look anything like this. I bet it will:

I’m sorry. I’m just giddy with game show moments this week. I still think “in the ass” is #1, but the “snake charmer” is very close to overtaking “turkey” for 2nd place. Very close. Right now, I’ll take “turkey” boy as #2 only because I get a kick out of dumb, ignorant people. Ask me tomorrow, and maybe I’ll have changed my mind.

-So as all the women are sitting around in the living room, and in what seemed like the most staged conversation ever, with Emily and Courtney exchanging dirty looks from across the room at each other, Kacie B. breaks out into some deep thought out loud and asks, “How many of you have learned more about yourself in these 2 weeks than in the previous 2 years?” Huh? Where on God’s green earth did that question randomly come from? Who asks questions like that in a room filled with liquored up women ready to tear each other’s hair out? Way to bring the room down, Kacie. Geez. You don’t have to do EVERYTHING the producers tell you to do. Courtney says she hasn’t. Pretty much everyone else says they have. This sets Hurricane Courtnemily in motion again. Courtney hints to Emily that she knows she talked about her to Ben, and Emily plays the “What are you talking about card?” Kinda got caught with her pants down there which, the more I think about it, I would’ve liked to have seen. Anyway, Courtney storms off with a “Good luck Emily. I got a rose you don’t. Winning” blast that makes everyone hate her even more. It’s bad enough that Courtney bad mouths everyone in the house, seems to be a lush, and clearly is there for the competitive aspect of it, but giving outdated Charlie Sheen quotes pretty much takes the cake. “Winning” was funny for maybe 24 hours before everyone overplayed it. Jumping on that phrase a year after it became popular is just stupid. But hey, Emily warned us. Courtney doesn’t know which way is up. And probably takes a turkey to the beach.