-Whew. Glad that’s off my chest. Been wanting to say that for two weeks, but had to wait until everything was finalized and we got the release back from opposing counsel, which arrived this past Friday. This matter is over and done with, I’ve done the two things they’ve told me to do, and now I can just get back to re-capping. When the show started, we saw that Sarah felt bad for voting for Ed because, well, the night before, they were exchanging bodily fluids. She barely had time to take her morning after pill before she was standing in the voting room dropping his picture in the box. I can’t remember where I read it, but someone made the facial comparison between Sarah and Miley Cyrus. I totally see it. Except Miley is hotter. You judge for yourself (yes, just an excuse for me to post this song that will now be stuck in your head all day long): 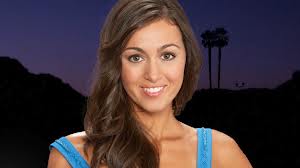 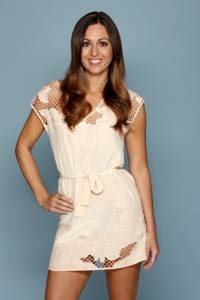 They’re like sisters. Meanwhile, Ed is baffled by how many votes he had against him and in the biggest irony of all ironies, he spews out this line, “People are flat out, like, lying. I don’t like that.” Yes, Ed just uttered that line. You know, the guy that was emailing women back home while he was competing on Jillian’s season telling them he didn’t like Jillian, wanted to leave, and to pick him up at the airport and he couldn’t wait to molest them when he got home. Yeah, that Ed is just now saying he doesn’t like lying. That’s very very funny to me.

-So the challenge this week is “Hot Sludge Funday.” Looked like a fun challenge. Then again, any challenge where these contestants don’t have to use any of their mental capacity is considered a fun challenge to them. And if the girls are bikinis, all the better. When they showed up in couples, I was thinking to myself, “Wait a second, whatever couple wins, each of them will take the other on a date and essentially get two dates this week,” so I was a little confused at first how this would play out. But then Chris Harrison, doing his best Jeff Probst impersonation, told them to move one person to their left, so everyone had a new partner. Ahhhh, the “drop your buffs” moment of “Bachelor Pad.” Except there were no buffs. And “Survivor” is 1 gazillion times harder than this show. And Chris couldn’t hold Probst’s jock strap if he tried. So now the couples competing are:

Kalon is not happy he’s paired with Erica, and frankly, who would be? Has she ever NOT finished in last place of any challenge in the two seasons she’s been on. But hey, this is a food challenge after all and Kalon thinks she’ll be good at this one, “Erica can eat her way through Pac Man style. Nom nom nom nom nom nom…” I’d like to tell Kalon, “Hey man, low blow. Don’t go there.” But I won’t. Do your thing, Kalon. You have the worst partner on the show. Worst of luck to you. And can someone explain something to me? David Mallet is one of the “superfans” of this show, correct? At what point did he cross paths with Ryan Bowers and steal his feminine tank top that Ryan was wearing in Croatia? Holy crap. Did David actually go out and buy one himself after seeing Ryan display his during Emily’s season? Does he have a tank top deal with that company? Was he heading out to West Hollywood after the challenge? Very confusing.

-So the women go first, then they tag the men, and the men run the course in reverse. After the women’s leg, Jamie was in first place. Unfortunately, her partner is Ed who apparently is a complete spaz on challenges and I think is still to this day trying to pull himself up the rope on the fudge wall. They finished dead last and now Ed and Jamie have one vote against them at the rose ceremony. The end of the race came down to Dave vs Michael, and according to Chris Harrison, they had to go to the tape numerous times to see who finished first. Chris’ announcement: “David beat Michael by a nose.” Could there have been any other way David could’ve possibly beat Michael? It was only fitting. With Ed having yet another vote against him going into the rose ceremony, mastermind Reid is plotting again. “He may have won Jillian, but I’m gonna win this time.”

Other great quotes from this challenge:

Chris Harrison: “While in your nutsack…” This show isn’t even trying to hide all their sexual innuendos.

Jaclyn: “David is a threat…He’s studied this game for like 10 years before he got here.” Uh huh. Especially considering this “game” is only 2 seasons old.