If you weren’t following on Twitter or Facebook Wednesday night, then you missed me posting about Sean’s 1-on-1 date in Whitefish, Montana with Lindsay Yenter. Since I wasn’t there, I obviously can’t give you all the details. But this person sure was. Here was her recap of everything that went down Wednesday night. I thoroughly enjoyed her own brand of humor and comments she threw in there.

Here is how everything went from when we got there to when we left. We showed up about 730. The crew had the singer come out and explained to everyone she would be singing 2 songs over and over and to at least try and sing along and act excited. The “cast” would be out and to be excited to see them. Sarah sang a few songs, (she was very pretty) and then they started filming the crowd a little bit. After the 5th time of songs, the guy came back out and explained that the “cast” would come around the corner and everyone needed to be quiet until they turned the corner and then start screaming. He motioned to be quiet and then a couple of dudes walked up on the platform. You could really tell the girls there that got all dolled up in hopes of seeing Sean, one looked just like Courtney Stodden, that 18 yr old married to the 60 yr old, and she literally said, “If he actually makes eye contact with me there is no way he won’t want to take me home, that is how it always goes.” I was dying laughing. She then said they must have misplaced her audition tape because who wouldn’t want to date her. I turned and said, “Well clearly a lot of people if you are still single.” She didn’t think I was funny.

Anyway, they silence everyone, and in walk Sean and Lindsay walk up and she is just smiling. She is freaking tiny, like, TINY. She already had that rose in her hand and then they awkwardly dance, his hands weren’t even touching on her back. She kept rubbing his neck with her hand and they were talking and he was kinda quietly laughing, and I think in the second song they kissed. After the song the camera lady next to me said “Sean, I am shooting up your guys nose. I need to be right on the platform with you.” Some people in the crowd asked if they liked it in Whitefish, and they both said yes, and Sean said its really beautiful and that Montana has been hidden away and he wants to come back (but what else is he supposed to say? ). They ask where they ate he said we ate at the lodge then took a gondola ride, it was gorgeous. I was surprised he didn’t say “amazing” but I am sure he said that a lot in his ITM. The camera from up top said, “Sean spin her around.” There was no music so he did, and then he said “okay, now the other way and do it faster.” I wanted to yell “That’s what she said” so bad, but I refrained. Then as Sean was getting instructions on what to do next (lead her to the stage and kiss her), Lindsay asked production for some chapstick. I jokingly said I had some and she asked to use it. I let her and then Sean asked if he could. I said I didn’t know if I wanted it back as the lips have probably kissed alot of women. He said “It’s still early” and laughed. Who the hell uses random chapstick? At one point during the dance she had to ask him to kiss her. He seems a little uncomfortable still in front of cameras.

Sara plays another song, and they dance again, they kissed and it seemed she wanted to all out make out, (maybe she is used to that sort of thing in a bar when you are drunk making out with the guy you just met not sure) because her mouth was totally over his mouth like she was kinda wanting to eat his face so it was a lil weird. But he just pecked and it was done, then she randomly jumped up and wrapped her legs around him. It was a slow song, I am not sure what caused that. Then the production guy on stage waved at them and had them get off the platform and go to the stage. Sean asked the singer if he could say something and he thanked the crowd for being there and helping make his date with Lindsay special and she just smiled. That is when I left, I had been there long enough. As I was leaving they told the people by the platform they were going to have Sean and Lindsay fall into the crowd, so then Sean and Lindsay crowd dived and people were holding them up as they made their way through.

The pictures below are from the date. There’s a gazillion on Twitter and Instagram if you wanna do a search of #the bachelor, but here are a few that I received personally from people in attendance. Including the first picture of them before the concert at the Whitefish Lodge, and then a YouTube video of them during the concert. Probably a safe bet that Lindsay is gonna make the final four. At least. Enjoy… 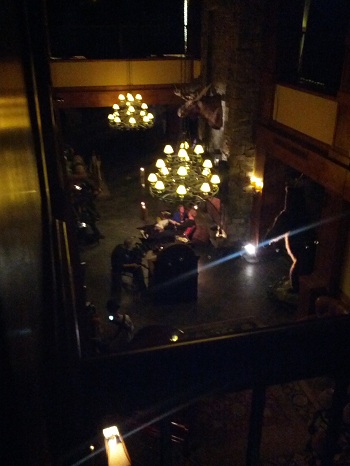 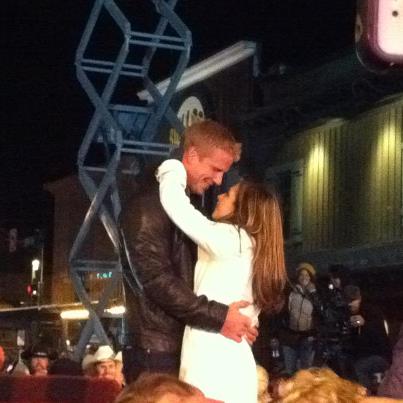 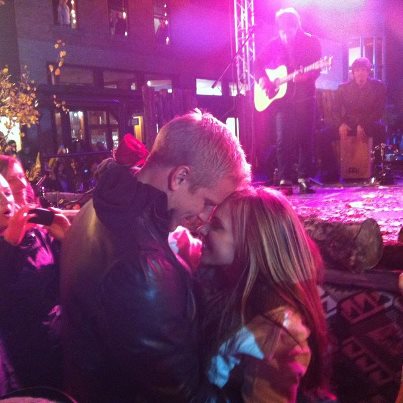 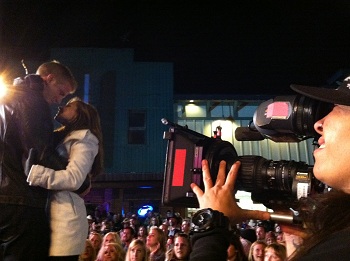 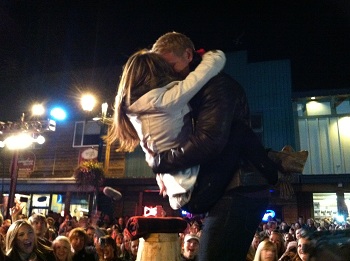 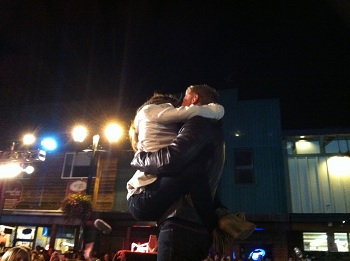 Jef & Emily Break Up, Where the “Bachelor” is Filming Now, & More News on Sean’s Season
Arie & Courtney Kissing, Jef & Emily Keeping Quiet, & Getting to Relive One of My Great 8th Grade Moments
To Top