Few things to get to today before revealing three more of Juan Pablo’s girls. Yes, I know I said I was gonna do five today, but the 5th girl I’m still trying to gather more info on. Thought I would have it by today, but I don’t. Shoot me. I’d say almost having half the cast before the first date begins filming today is pretty good, no? Not to mention, I have another batch of 6 girls where I have some first names, some first and last names, some just pictures of. It’s all kinda jumbled, but, wanted to get you these three today. For the next couple months, information will be coming any day at any time, so it’s a good idea to follow on Twitter if you need to hear stuff immediately. Like yesterday’s tweet confirming what I’d been told that traveling would start immediately and they begin filming in Utah today. Stuff like that I’ll write a post about within a couple days, but when it’s only to inform you of something in filming, a location, or a date, I’ll just tweet it out first, then write a post later. There’s no “Daily Links” today because it was taking me forever last night to gather this info and put together these profiles. “Daily Links” will return tomorrow.

Yesterday I had a great time joining Jason and Molly on their podcast, and because we went on for so long, they split it up into two parts. You can listen to Part 1 by clicking the link below:

I believe Part 2 is going to be posted tomorrow. When it is, I’ll be sure to tweet it out. Pretty funny how if you rewind back to 4 years ago, there was probably zero chance of me ever doing an interview with those two, nor would they even have wanted to talk to me. But things have been smoothed over for a while now, I had fun answering their questions, and hopefully someday the three of us will get together and laugh about this ridiculous show. Part 1 is mostly questions about myself, whereas Part 2 will dive into all things “Bachelor” related.

Also, we have a new “Survivor” recapper on the site now, Bryan “Fish” Fischer. His recap for last night’s premiere is now up, as it will be every Thursday. You can get there by clicking on “TV Shows” then “Survivor” on the navigation bar up top, or, just scroll down below where you see the “Survivor” icon for the latest post. Very happy to have Bryan aboard and I think you’ll like his recaps. Very thorough and obviously a huge fan of the show. Enjoy him and feel free to leave any comments under his posts to tell him what you think. I know for the last couple weeks I’ve been nervous about the “Survivor” premiere because I thought there were too many twists, but after last night, all my chips are in. I think the added drama element will be huge this season. Never been a fan of Redemption Island, but now with the strategy involved of, “Well, do we vote someone out now who we know will go to Redemption Island and can possibly run the table, thus eliminating my loved one” or, “Do we only send the weak ones there so they can get beat, even though their loved one has the opportunity to be swapped out and THEY could run the table.” I know, confusing, but it adds a totally different element to the show we’ve never seen. The downside? Basically every episode now will be like the “Loved Ones” episodes in seasons past where someone from home comes to visit for a day. Now basically there’ll be crying every episode since someone’s loved one will always be going home. Whatever. I’m all in. This show has, is, and will always be the best reality show out there in terms of a social experiment on how strangers interact.

And of course, I couldn’t possibly continue without wishing Maddie a happy 9th birthday today. Holy crap time flies. Seems like just yesterday I adopted her, and now I’ve had her for 5 1/2 years. A picture from us on the couch last week and one from last month with my nephew Nicholas. You can tell she was excited about her 9th birthday approaching: 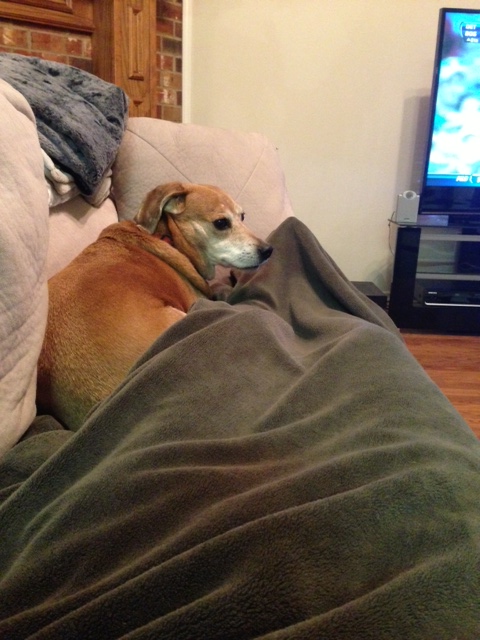 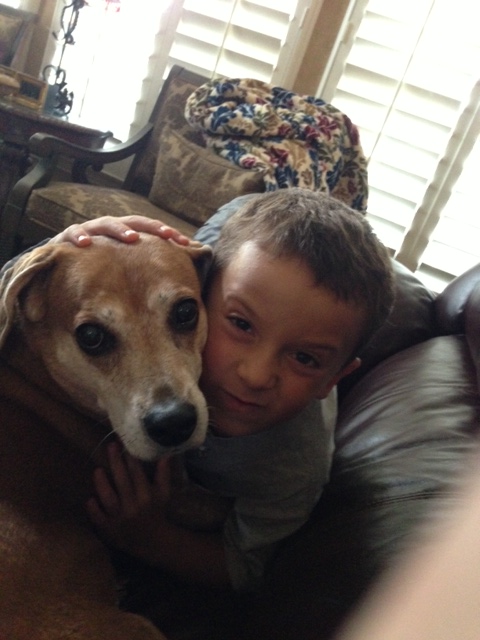 And that was pretty much the scene last night as we watched the “America’s Got Talent” finale. Happy Birthday Maddie. Best purchase I’ve ever made.

I’ve added the girls on the next page to the “Juan Pablo’s Girls” page. Wanted to make this point about casting. Unless you personally ask all 25 girls cast this season, “Hey, how did you apply for the show” you’re probably not gonna get your exact answer, but I’m here to tell you this. Lets make no mistake about it, most of the people cast on this show nowadays are done through failed casting of other shows, agents, modeling agencies pimping their clients, referrals, and word of mouth. I know they show the commercial every season that says, “If you or somebody you know would like to be a contestant on the upcoming season…” but honestly, that’s basically a load of crap. Oh sure, they’ll accept those applications and maybe you’ll get a call from them for a phone interview, and hey, maybe you’ll even get flown out to final casting. But I’m here to tell you a majority of the people on this show are “scouted” to be on, ASKED to send in an application and video, and are definitely being pursued by the show.

I mentioned the last couple days about two girls this season that I was waiting to get confirmed they were cast, and I did, but there was something weird about it and nothing we’d really ever seen before. Well, you’ll see by the first two girls today, BOTH of them were in the same “Modern Luxury – Atlanta” magazine last month as two of the “20 Most Eligible Atlantans.” Really? So casting is just flipping through magazines now looking for people to “recruit” on their show? How lazy. Of AAAAALLLLLLLLLL the women in America who applied, they had to pick two women who were both featured in the same magazine last month and live in the same city outside Atlanta? No idea if these two know each other personally, but I’m guessing each of them read the issue they were in, noticed the other girl and when they showed up at the mansion Tuesday night and probably put two and two together. Not to mention, Marissa May from Brad’s second season was ALSO on the list of 20 Most Eligible Atlantans. Ridiculous, but not surprising. Go ahead, tell me this show is real. I dare you. So silly.