November 6th might not be a big deal to any of you, but today is pretty much the biggest day ever for my niece Olivia. Her obsession with Selena Gomez comes full circle as she’ll be going to her concert tonight at Staples Center. Olivia’s world just happens to revolve around Selena right about now. Every chance she can get, whether it’s in the car, sitting at home, even sometimes eating lunch, she’s always wanting to listen to Selena’s songs. Lets also not forget she was constantly showing me lists she made this past weekend of all the Selena songs she knew. And the dance routine for “Come and Get It” that she tried her best to memorize. So yeah, needless to say she’s rather excited. I don’t know how she’s even gonna make it through the school day. Not to mention she’s getting picked up for the concert tonight in a limo that she doesn’t even know about yet. Lets just hope she doesn’t read Uncle Reality Steve’s column today since, well, then I just ruined it for her. This is a day that is almost 6 months in the making. Remember back in May was when I bought the tickets for her and couldn’t wait until July to give them to her for her birthday since she might’ve drove my sister crazy asking if she could get tickets. This was the reaction back in May:

So yeah. I think she might have an out-of-body experience tonight when she sees her live.

As for the “Bachelor,” tonight is the final three rose ceremony. However, looking for social media clues as to who got booted will prove to be an effort in futility as the girl who gets booted will be kept in St. Lucia until filming is over. They’ve done this the last few seasons once I started spoiling the final 4 in real time. Sean & Arie stayed in Curacao until filming was over, and Brooks and Drew didn’t arrive home til filming was over either. But the rose ceremony is definitely happening tonight, meaning that if they stick to the schedule they have in season’s past, the final rose ceremony will take place next Tuesday or Wednesday. As for the final rose ceremony location, that is taking place at The Landings Resort in St. Lucia. I believe that is where Jake & Vienna had their engagement as well. So you’re welcome paparazzi. Now you have time to head down there and snap all the pictures you want if you can get through their security.

People dating within the “Bachelor” franchise is nothing new. We’ve seen it plenty of times. But have we ever seen it before someone’s season even airs? Check out what Mikey Tenerelli from Des’ season decided to throw up on his Instagram feed last week: 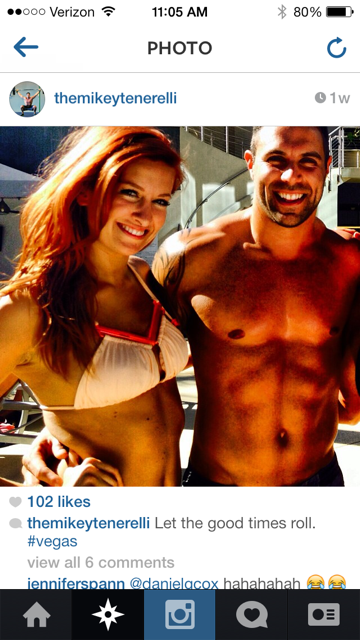 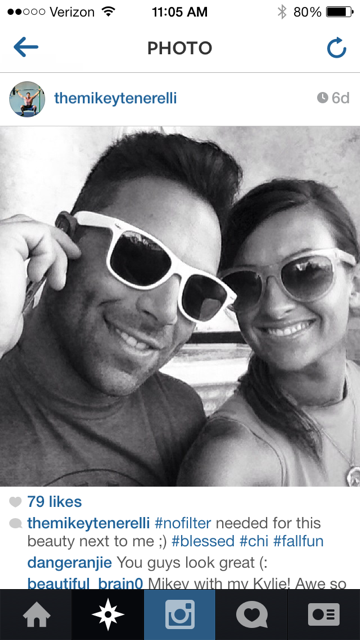 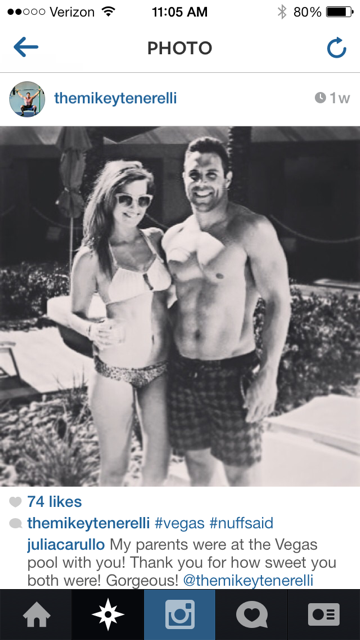 What happened to all the women Mikey was gonna meet out on the boat with James? Hey if these two wanna get their freaky on all the power to them. Way to be subtle, Mikey. No one would suspect a thing after pictures like that. I mean, you two live in the same city yet you magically were in Vegas together? Interesting. “Dating” is a word that is used very loosely in the “Bachelor” world. Very few actually date exclusively. They just all sleep with each other. Mikey & Kylie aren’t fooling anybody. Now some might ask “Can’t Kylie get in trouble for that?” Technically? Yes. I guess. I mean, the show can’t prevent you from having a life once you’re back home. You’re allowed to date once you’re home, they just don’t want you publicizing it by posting a bunch of pictures with your new man until your final episode airs. Makes the show look bad because they have to give off the impression that these girls actually give a sh** and are heartbroken about not being with Juan Pablo, which essentially none of them are. With that said, Kylie is pretty insignificant to this season, so I’m guessing they don’t care what she does. And I mean really, a guy who lasted 4 episodes starts dating a girl who gets booted the first night is equivalent to the tree falling in the forest theory. Does it even make a sound? Does anyone care?

-Sean & Catherine decided to get creative with their Save-the-Date invitations for their live wedding on Jan. 26th. I know talking without a handheld and texting while driving is illegal in California, but is there a law about biking with a polar bear and panda head on?

-After years and years of research, self reflection and incredible insight, Courtney Stodden realized that she got married too young. You think? Man, and I always figured it was normal for a 16 year old girl to marry a 51 year old pervert. Times they are a changin’.

-I know you’ll find this hard to believe, but Pitbull is hosting and performing at the AMA’s this year. He’s basically the solo version of the Black Eyed Peas. He’ll perform anywhere at anytime. Look for him at your local state fair in about 5 years.

-I believe last week the news came out that Heidi Montag was downsizing her F-cups breasts. Well, she did it. And now no one will ever talk about her again.

-Some people might not like Katy Perry’s music. I’m not one of those people. However, good thing for Itunes since CD’s are really going out of style now. Especially Katy’s since her new Prism album is apparently a biohazard now. That’s about as annoying as going to pick out a birthday card at the store, and every single one of them has glitter on it so after a $1.99 purchase, you look like Crystal just gave you a lap dance.

-Is this really a good idea? I mean, does David Arquette really need to be pro-creating? Hide the women and children. Another spawn of Arquette is about to infiltrate this earth. That can’t be a good sign.

-Miley needed another tattoo to draw attention to herself. Did she go with the marijuana leaf? Maybe the lesbian silhouette she carved in her pumpkin for Halloween? No and no. She went with her Grandma’s face. Uhhhh, interesting to say the least.

-Since it’s a big Selena day, might as well have a story on her. She says she’s the kind of girl you take home, but not just for a night. Oh no, we would never think of such a thing Selena. Never in a million years. Do men really objectify you like that? Pssssh. That’s just wrong.

-I have no idea who Jaimie Alexander is because I never watched Kyle XY nor am I a fan of the “Thor” movies. But I might be now. Yowza. I think more women need to do the red carpet thing in dresses like this.

-Finally Justin Bieber isn’t winning at something. Katy Perry is now the queen of social media as she has surpassed the Biebs in Twitter followers and Facebook “likes.” Of course now that this became news, I’m sure his pre-pubescent fans will start creating fake Twitter accounts just to add to his count. And don’t think Lady Gaga’s lunatic little monsters won’t do the same. However, there’s one fan base to watch out for. You know, I’m at 74k followers right now. Right on your heels guys. Be careful.

-Peta & Brant got eliminated from DWTS on Monday and the speculation immediately began that they’re a couple, but they both denied it. I believe we heard the same thing about Peta & Sean last season.

-The big thing in music nowadays is collaborating. Artists collaborate all the time so they can have two fan bases purchasing their music instead of just one. Well, the guy who wrote the “Friday” song got together with the girl who sang the “Chinese Food” song and they produced this doozy – about the alphabet. Yes, the song is called “ABCDEFG.” Enjoy this nonsense:

-I mean, every week do I have to hear about another Hollywood re-boot? Sure seems like it. John Ritter’s son, Jason, was asked if he’d be interested in being part of a Three’s Company re-boot. Lets hope this doesn’t happen. Regardless of if he’s in it or not, just leave that franchise alone. It was the first laugh-out-loud sitcom I ever remember watching religiously as a kid. It wouldn’t work in 2014 anyway.

-I’ve never hidden the fact that I’m a fan of the breastaurants – Hooters, Twin Peaks, Bone Daddy’s, etc. Which is why I find this story disturbing. A middle school football coach fired for wanting the team party at Hooters? This is right around the age where boys start discovering exactly what they have down there and it’s functions. What’s wrong with eating a team meal there? It’s not like you’re taking them to a brothel or something.

-Football can bring out some of the worst in fans. Like this couple for example that placed a bet on the Packers/Bears game from Monday night. If the outcome of any bet has one family member tasing the other one, you might have gotten a bit carried away. Or a lot.

Who Made it to the Final Three, Where is the Final Rose Ceremony Location & Daily Links 11/1
The Bachelor Juan Pablo Episode-by-Episode Spoilers
To Top