Just in case some of you forgot, even though the spoilers to the season have been up for 2 months now, remember that in my column on a weekly basis, I acknowledge the spoilers. Especially this week. There’s too much good material from last night for me not to bring up stuff that happens in future episodes with certain girls. So just so none of you are surprised or what not when you read today’s column, if you have no clue what happens this season, or don’t want to know, I suggest you stop reading now. Cuz I’m getting right into it on page 1. I think my biggest thing with Juan Pablo this season is that he just doesn’t get it. He doesn’t know what to say, he doesn’t know how to act, he doesn’t know how to “carry” himself as the Bachelor, and he’s exactly what I figured he’d be coming into this season: all style, no substance. They took a chance on a guy who the audience wasn’t invested in at all from their previous season because he barely got any camera time, and they swung and missed. It happens. Surely they won’t make that mistake again.

Hey, did you check out Nikki and Juan Pablo’s twitter accounts this morning? Within 20 minutes of each other, both decided to tell us they were at the airport heading somewhere. Now, Juan Pablo travels all the time, so that’s nothing new. But the pediatric nurse hopping on a plane on a Tuesday for no reason? Uhhhhh, yeah. I don’t think I have to spell this one out for you. It’s obvious what’s going on. These two are real rocket scientists. March 10th will only give proof to what these tweets are really about: 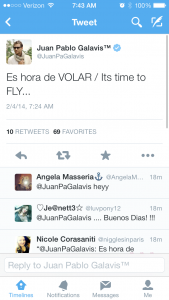 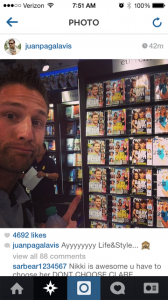 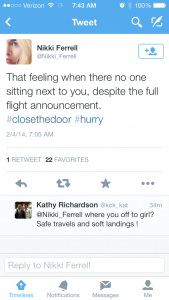 During Ben’s season, we all remember those photos that graced the cover of US Weekly with him and mysterious women he was getting awfully close to that became the subject of a lot of cheating rumors. Well, I figured I’d bring these to your attention which were posted on Instagram last Tuesday & Wednesday. I took the screen shots on Thursday and I know how to subtract. I’m good at math. 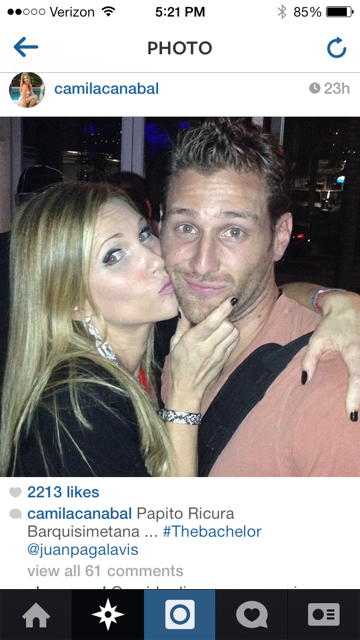 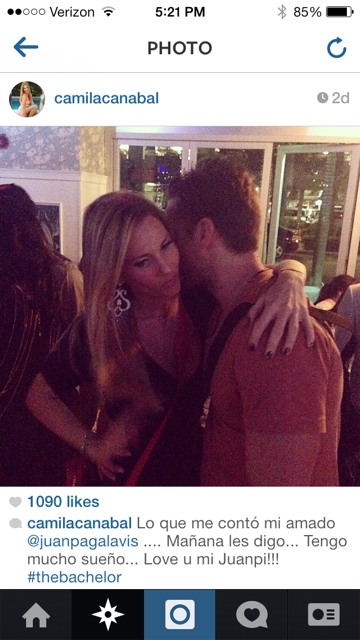 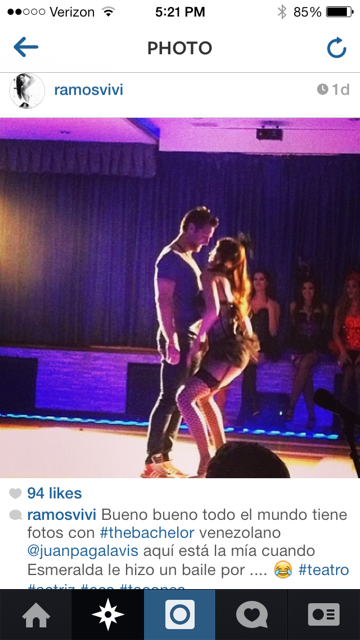 Now, before you start freaking out, lets go over a few things. Were these private pictures? No. Both of these girls Instagram accounts are public so it’s not like these are trying to be hidden. Does this prove he’s cheating on Nikki or anything along those lines? No, it doesn’t. Does it look good for his image? Absolutely not. I know, I know. Those that like Juan Pablo will dismiss these as nothing, which I expect. But he just doesn’t get it. Dude, you’re the “Bachelor.” You don’t want to give anyone any ammunition to use against you, and basically for two months, that’s all you’ve done. Put yourself in Nikki’s shoes. Do you honestly think she looks at these pictures and doesn’t at least ASK what exactly these are? Not even a little curious as to what these are about? I certainly would if I were her. But hey, maybe they are soooooo secure in their relationship that neither of them question each other about anything and everything is just rainbows and roses. Uh huh.

I mean, when Nikki is doing Valentine’s Day photo shoots like this, what could Juan Pablo possibly have to worry about with her? It’s not like she wants to turn this opportunity into a modeling career or anything. No, of course not. Just a quick question though: What happened to Nikki’s ass? I mean, we had the shot of her in Miami just two months ago, and now this. I’d say I see a little difference, no? 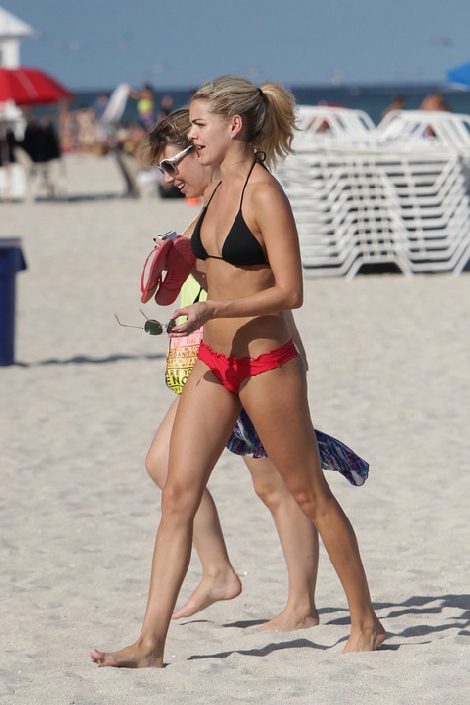 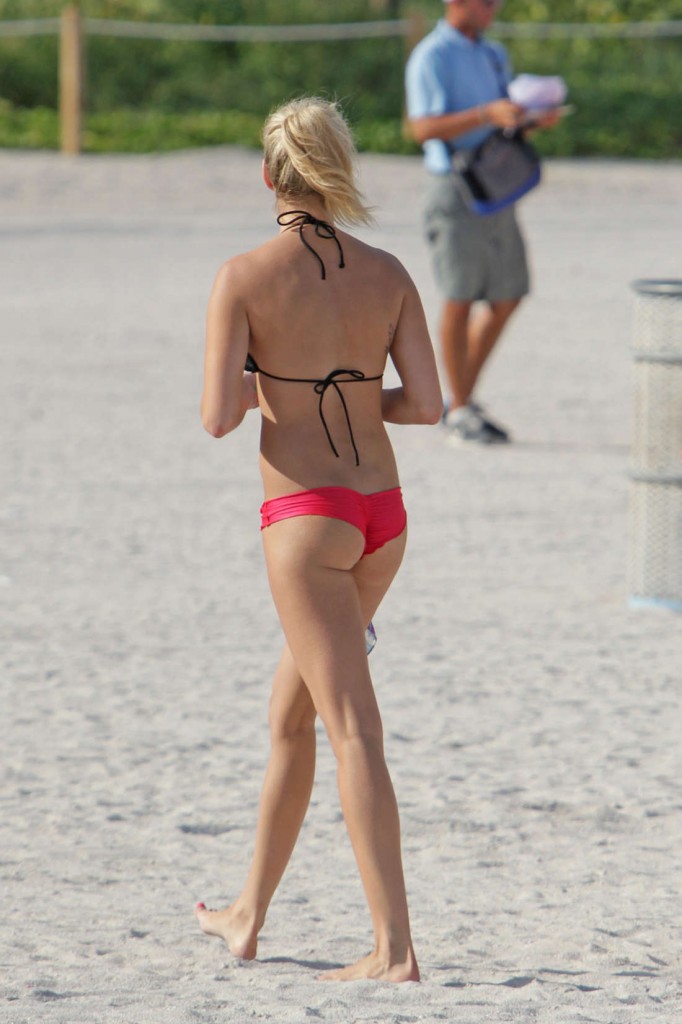 UPDATE: Had to remove the pic of Nikki due to copyright laws. But click on that link above from the photo shoot and you’ll know which picture I’m talking about.

Your ratings are in from last night’s episode, and they got their highest rating since the premiere in the 18-49 demo with a 2.6, however, overall viewers were down 350k last week, as last night drew 8.25 million. The premiere and last week each drew 8.6 million viewers. Not a huge drop off by any means, but noticeable. Also, your deleted scenes are up from last night. It’s official. We can now call Kat the Queen of the Deleted Scene. Yet another one of her clips that ended up on the cutting room floor. Did she piss someone off when she was there or something? Then again, it’s not like she probably wanted this scene shown. Just her trying to pull teeth getting Juan Pablo to have a conversation and him having none of it. Also we get to see Clare emphasizing, yet again, that neither she nor any of the other girls in the house like Nikki. And then some alone time with Sharleen. Here you go:

Speaking of having nothing good to say about Nikki, Elise chimed in on her conference call last week to tell people what a crappy person she thought Nikki was. Thank you, Elise. I appreciate it.

In case you missed my podcast appearance with Jason & Molly, you can check it out now. Always enjoyable going on with them because I know they won’t hold anything back in regards to the show. We talk a few times about production and how things work behind the scenes, and also about the safe house visits they had once Jason had dumped Melissa and started seeing Molly.

And finally, forgot to mention this last week so I promised I would today. A couple Saturday’s ago, I had received an invitation to join a woman named Nancy for her 30th birthday. She and 10 of her girlfriends were coming down from Altus, Oklahoma where they are stationed with their husbands in the Air Force, to have a night on the town in Dallas. I was invited to meet them for drinks since they were big fans of the site. We met at the Social House in Uptown then kinda bar hopped on McKinney Ave. Been a while since I’d done that, so thanks ladies. Had a great time and it was fun meeting you all. Quite the interesting group I must say. 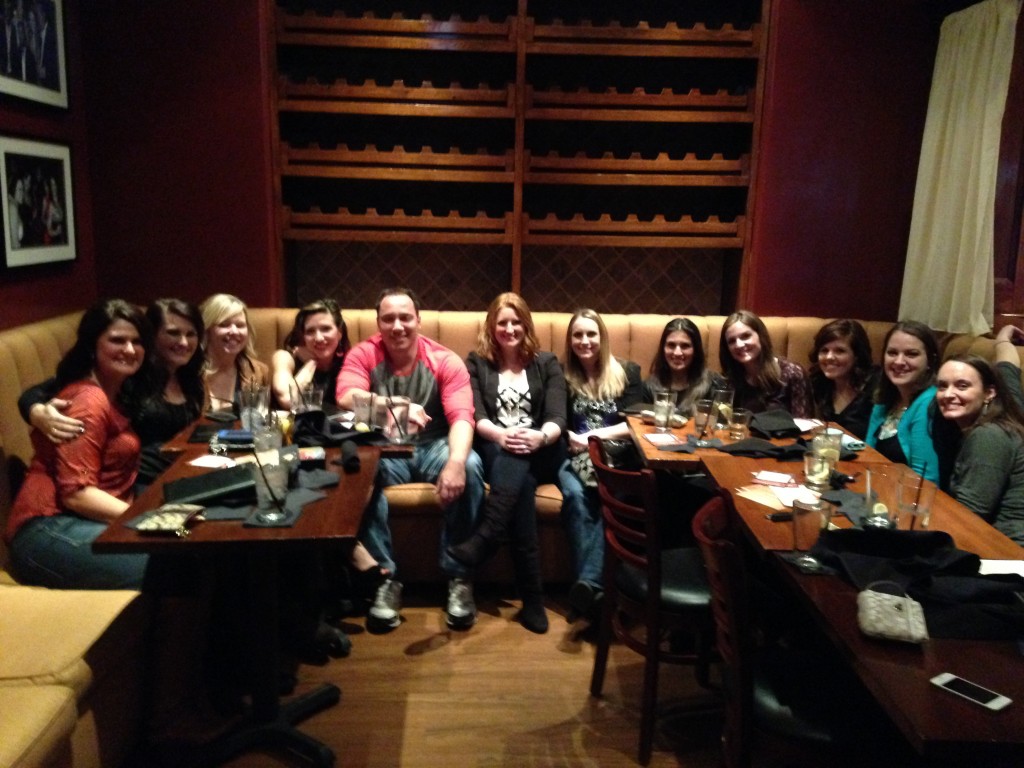