Only a month to go. Well, less than a month. Then everything picks up again and for those who’ve emailed complaining about not enough columns written, you’ll get your full share come January. It’s back to writing three times a week. Recap on Tuesday, Reader Emails is being moved to Wednesday, and I’m giving Dr. Reality Steve it’s own day on Thursday, then the live video chat Thursday nights. Already have a couple Dr. Reality Steve’s that’ll go in the first column of January, so if you have something you want to ask, you can send it in anytime in the next month. If it’s time sensitive, I’ll answer it now, then post it later. Some years I like to enjoy my off season (like this season), and some years I write more, like last year when I had a Daily Links up every day from mid September through January. I went away from that this year just because it’s a lot of work for a lesser payoff. Next year I’ll figure something else out to do to occupy the downtime between September and January. I have a few ideas in mind.

I know a lot of you are asking, so I’ll get right to it. When are the episode-by-episode spoilers coming out? My answer: When I have them all. I have everything from final 8 on at this point. I’ve just only given you the final four breakdown thus far. It’s episodes 1 thru 5 where dates and eliminations are spotty right now. Every day I’m working on this trying to put it together, so just know when I have it all, then you’ll have it. For the time being, if you haven’t seen it or if you’ve forgotten, here are your final four spoilers. I mean, those are the most important, right? I enjoy getting the ending out first since that’s what everyone wants to know first and foremost. When you already know the ending, kinda makes the eliminations in episode 3 a little anticlimactic, no? Whatever the case, once I get everything, I will post it but I don’t want to pin myself down on a date because, well, I don’t know when I’ll have all of it. As long as it’s before January 5th, that’s all I care about.

So back in my Oct. 22nd column, I had given you pictures of the group date in South Dakota with Chris and 6 girls. Then from that group date, Britt was the one who received the group date rose when she and Chris got to be part of the Big & Rich live taping in Deadwood, South Dakota. In that column I had given you the video footage of them awkwardly dancing and kissing to “Save a Horse, Ride a Cowboy” that will live infamy because, well, dancing. At that time I also received a video of Chris presenting Britt with the rose, but since I hadn’t released Britt yet, I held onto it. Since we all know who Britt is now, here you go:

What’s interesting about this video is we’ve obviously known since Oct. 22nd’s column that Britt received the group date rose, so she was automatically safe at the South Dakota rose ceremony and moved on to Des Moines and the final 6 girls. I just found it odd that Chris chose Britt out of a group of six girls to make sure she made it to the next stop, yet then dumped her in the next city. Especially with all the making out they did up on stage. Doesn’t happen too often that someone gets a group date rose then goes home the next episode, but that’s exactly what happened here. Actually also happened last “Bachelorette” season where JJ got a group date rose in France then went home the next episode in Venice. But yeah, it doesn’t happen often. I think Britt is going to be a polarizing figure this season to a lot of viewers – good and bad.

Does Jade have a shady past? Absolutely. And I’m sure you’ll read about it in the tabloids once the season gets rolling. I do know who she was once engaged to that I’m sure will come out eventually. Not anyone famous, just some dude from Nebraska. But she definitely was engaged. There has been a lot I’ve been told about Jade that frankly doesn’t make her look like a saint. There’s plenty more that I’m sure you’ll read about later, but it’s no different than any other season. Jade knew exactly what she was getting into by signing on to do this show, so I highly doubt this is going to affect her. She moved to LA to make it in the entertainment/modeling industry and to get discovered. She thought doing full frontal for Playboy was a way in. Not the route I would’ve taken if I were her, but hey, that’s her decision. It’s just, I don’t think the stigma attached to it is worth it. This show will just be one more thing to put on her resume. She’s an LA socialite who is friends with Carmen Dickman, someone I was recently told is an ex-girlfriend of one of the dudes on “Vanderpump Rules.” I don’t know. I don’t watch the show. But Jade and Carmen are definitely all over Carmen’s Instagram page. 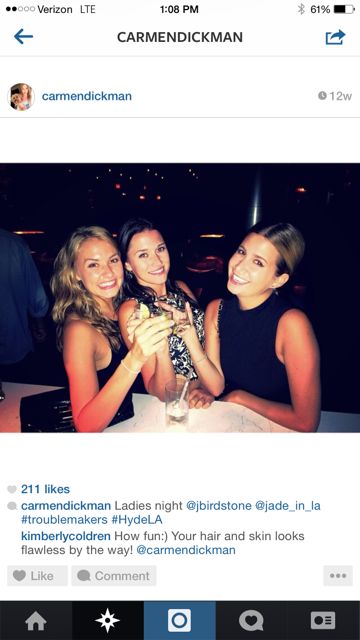 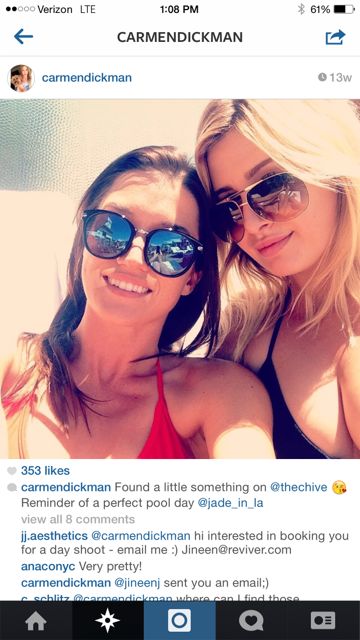 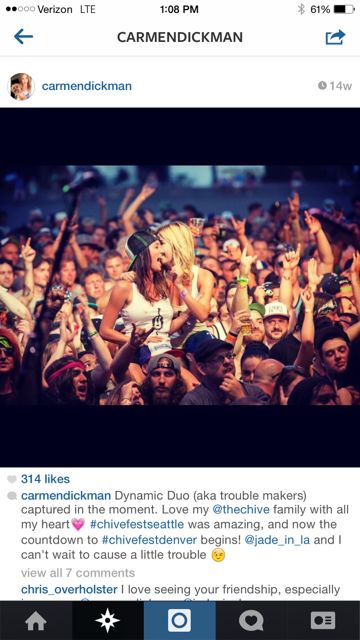 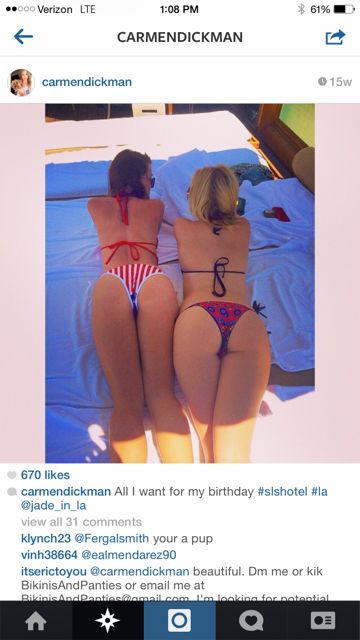 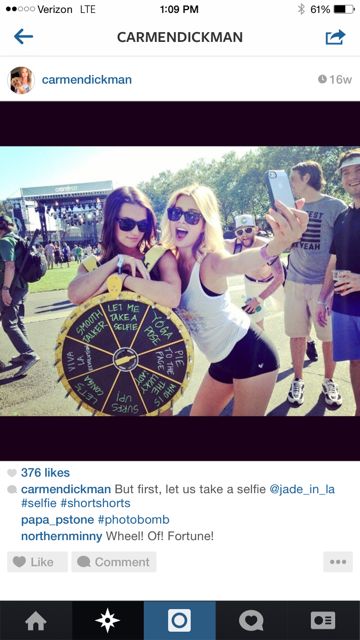 Granted, we haven’t had someone with a Playboy past ever appear as a contestant on the show, but lets not pretend we haven’t had girls come on this show whose goal was first and foremost to improve their brand, get discovered, become part of the “Bachelor” fraternity, and improve their social media following. Jade certainly isn’t the first and most definitely won’t be the last. So come January, when EW.com, US Weekly, TVGuide.com, People.com, E!, Extra, Access Hollywood, The Insider, and every other tabloid site/news show you can think of is dedicating columns and segments to “the girl who did Playboy on Chris’ season,” ABC is smiling all the way to the bank. They wouldn’t have it any other way. So just keep that in mind when you’re watching the show.

Finally something that was brought to my attention when it was posted a couple weeks ago. WetPaint ran an article that was a bit deceiving. Immediately some of you emailed and tweeted at me asking what this big twist was that they were talking about and why we’d look at Chris as another Juan Pablo. First, when they say “according to Reality Steve, there’s a finale twist we don’t see coming,” they’re referring to the finale being back in the United States for the first time ever. There is no finale twist. They’re using hyperbole. The sentence about “this is so ugly, so unexpected, we feel like we’ve been Juan Pablo’d all over again” are WetPaint’s opinion, not mine. I never said Chris is going to be another Juan Pablo because he’s not. Sure, he kissed a ton of the girls this season, and sure he’s got a bit of a past and this whole Prince Farming this is just the ABC PR machine in full force, but this is not another Juan Pablo. Far from it. I don’t know why WetPaint decided to word the story the way they did, but just know there is no finale twist other than coming back to the states after overnights in Bali, and Chris is not another Juan Pablo. Got it? Good.

Dissecting Chris’ Girls Bios & Who Do Some of Them Look Like?
What Happens in Episode 1 of the “Bachelor?”
To Top