It’s time to officially start counting down to the “Bachelorette” premiere. Two weeks from tonight the new season begins with a 2 night, 3 hr premiere. As many of you have tweeted and emailed, I haven’t spoiled a lot recently of what’s going on. Now that we are in countdown mode, I will try and give you stuff every day. Some a lot, some not so much, but you’ll at least get something every day leading up to the finale (outside of this Friday and next Monday since I’ll be in CA). Please remember that I have a lot of little pieces of info that I’m getting on a daily basis, but not the whole puzzle. So just telling you every piece I hear when I don’t have the complete picture will only confuse you. You don’t want that. I know what you want. “Tell us what happens.” And I will when I get all of it. The final rose ceremony happens this week, meaning I’ll have one week to try and get it all together before the premiere. I will do my best to get you everything you need before the season starts, like I do every season. I understand that in the past few seasons, I’ve had everything laid out for within days of the final rose ceremony happening so you’ve essentially gotten “spoiled” and a tad greedy thinking I should have every detail every season 4 seconds after it happens. It could happen again. It could not. I never know. So just be patient and know you’ll get your answers when I have them.

With that said, there’s still PLENTY of stuff that I have which I haven’t released yet, and I’ll be giving you some of that over the next two weeks. My guess is the ABC bio’s will be released soon. In the past it’s usually been 2 weeks before the premiere, and sometimes it’s just been a week. Once that comes out I always put up a column the next day breaking down each guys’ bio, along with a few of their look-a-likes. Also remember that I get to see the premiere early that they release to the media. Not because I’m allowed to since they’d never want me to see it, but because I have a way around that. The premiere is usually released right around the time of the bios, so once I watch the premiere, I will also be doing a recap of it on the site so you’ll know exactly what happens in the first episode before you see it. If I had to guess, I’m gonna say the episode we’ll see on Mon. the 18th will be the introduction to the two girls, video intros of some of the guys, the 25 limo entrances, then the cocktail party where the guys mingle with both Kaitlyn and Britt and the show will end with them voting revealing that Kaitlyn is the “Bachelorette.” Then Tuesday night, we’ll see the cocktail party with Kaitlyn and the guys and the first rose ceremony. That’s just my guess. Of course, they could bleed the result of the votes into starting off Tuesday’s show instead of ending Monday’s show with it, but you get the point.

In case you are just joining today and have missed some of the spoilers over the past 6 weeks, the guys chose Kaitlyn and she is the “Bachelorette.” However to appease the Britt fans who definitely would’ve rioted the streets of LA if their precious one didn’t get a love story, Britt is in her own relationship now with one of the guys from the first night, Brady Toops, that was spoiled back on March 24th. In the last six weeks these two have been seen out publicly a few times including a weekend in Nashville. This past Saturday, Britt and Brady were in Cardiff by the Sea, CA (small town north of San Diego) hanging out with I believe her sister, her brother in law, and her two nephews (CORRECTION: Britt only has a younger brother Karl, so I’m not sure who the people they were hanging out with were). So those asking if Britt and Brady are still together, here’s plenty of exclusive pictures and a video to confirm they are: 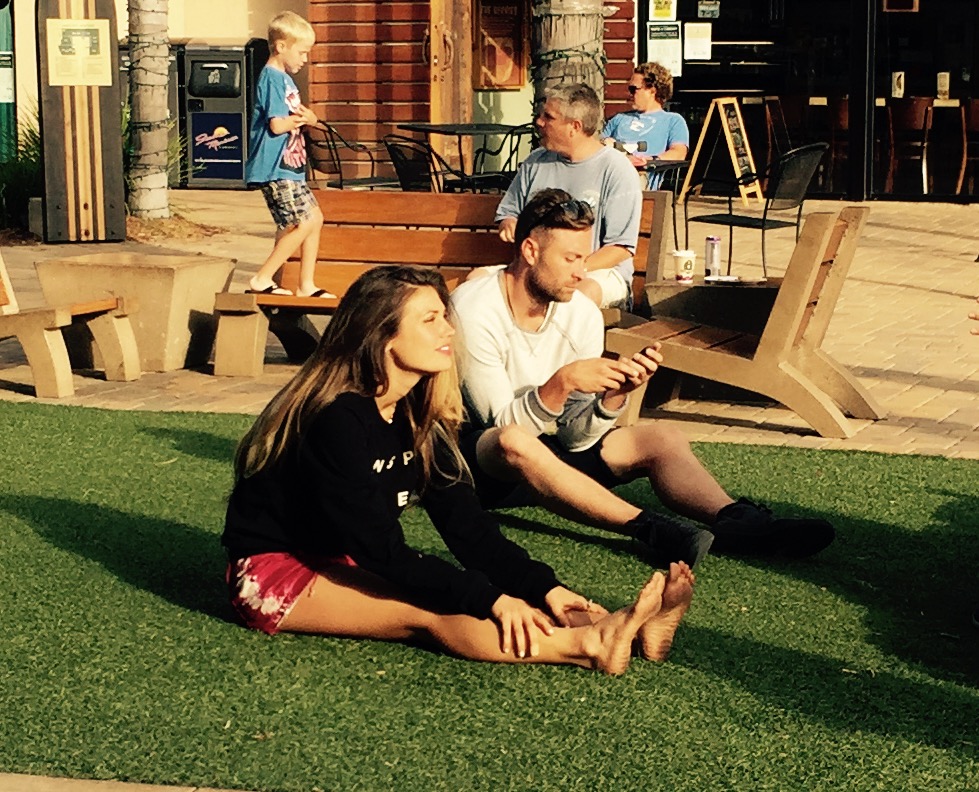 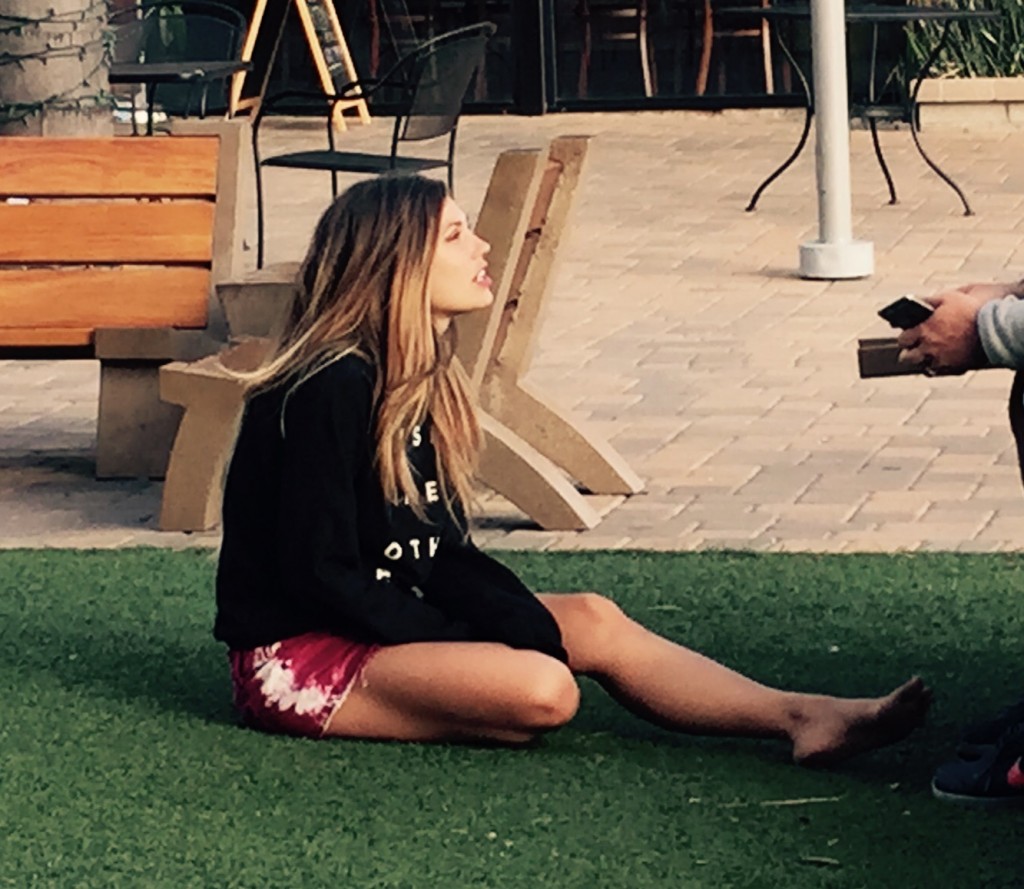 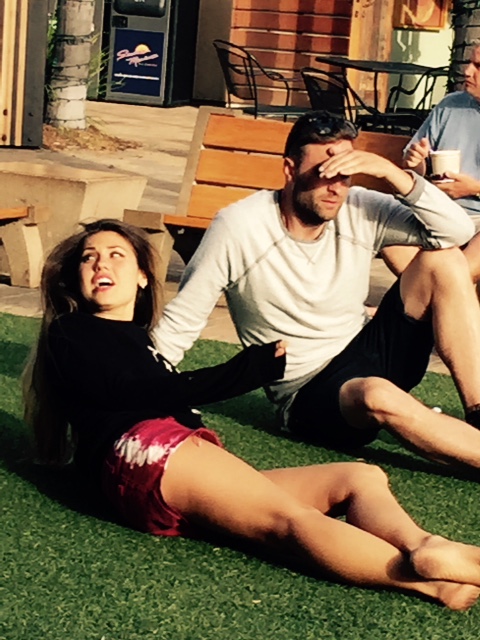 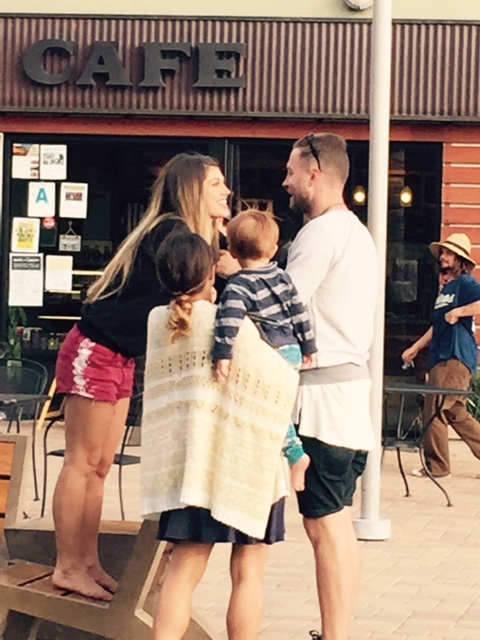 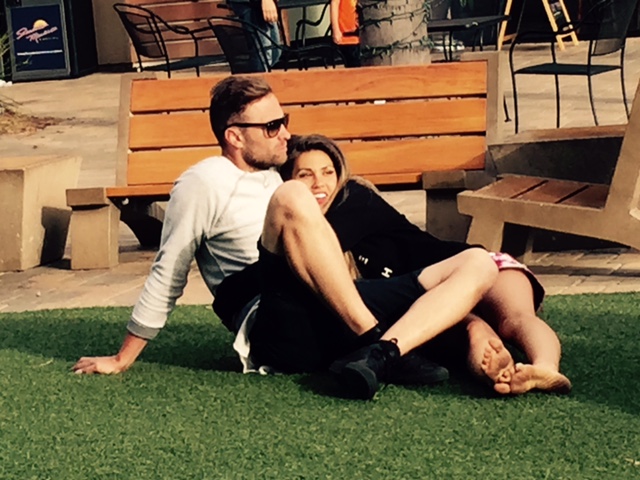 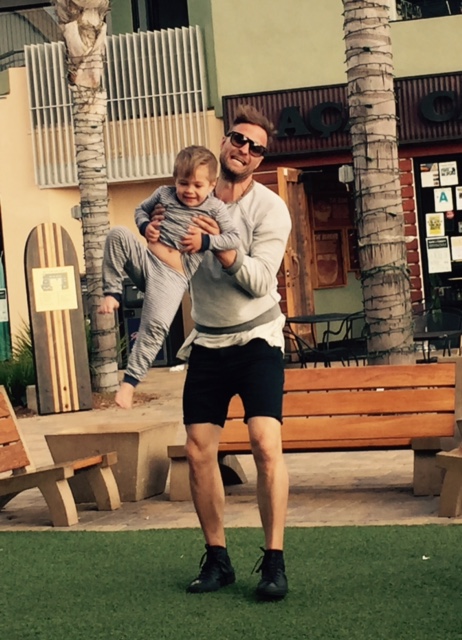 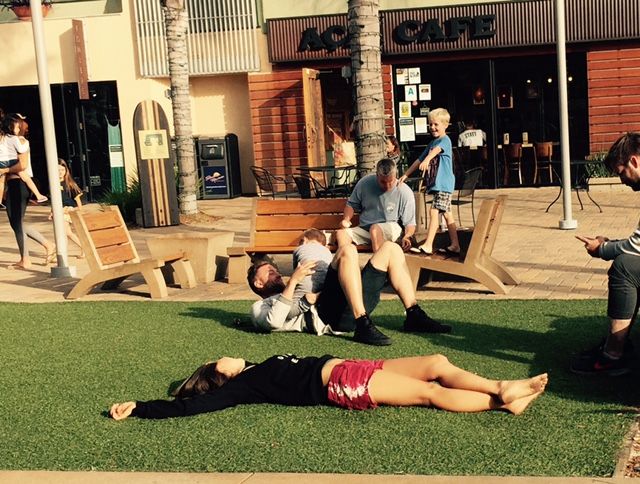 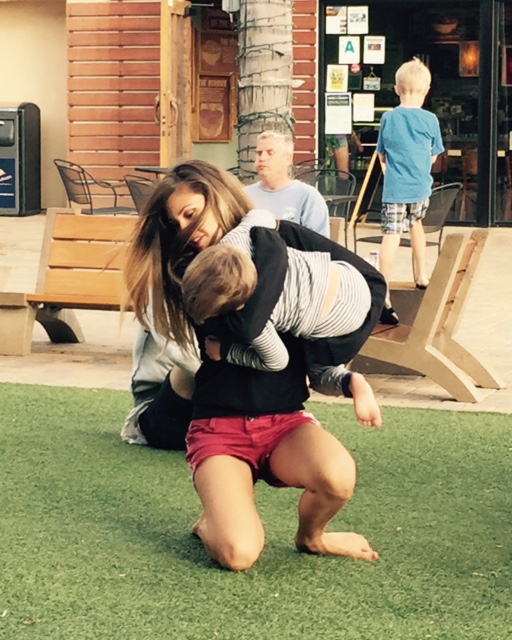 Dammit Britt! Quit knocking my sunglasses off when you hug me!

I know a question a lot of you have is, “How much of Britt and Brady’s relationship will be shown during the Bachelorette?” The answer: I don’t know. I don’t program the show so I have no idea what they plan on doing. I do know that when they spent the weekend together in Nashville, and then again this weekend in Cardiff, CA that cameras weren’t around, so you probably won’t be seeing any of this. These two are just dating like a normal couple off camera and I’m sure we’ll get an update on them during the season at some point, I just don’t know when and how often. But yes, they are still together and judging by these pictures, like PDA’ing all around town.

Also, I will add a couple things in on Kaitlyn’s season today:

-I’ve given you 23 of the 25 guys so far. The two guys I don’t have were both eliminated on night one, so they’re pretty irrelevant. One guys first initial is “D” the other guys’ is “B.”
-We know in episode 5 in San Antonio, Ben Higgins and Shawn Booth got 1-on-1 dates because those were spoiled as they were happening. That’s the first episode of the season that has two 1-on-1 dates in it. Episodes 2, 3, and 4 only had one each, which is something I can’t remember them doing anytime recently.
-The rose ceremony in New York was held at Citi Field. Almost positive that’s the first rose ceremony ever held in a baseball stadium.
-Off the top of my head without looking at my notes, I can think of at least 3 instances where a guy got a rose and was safe in an episode, only to be gone the next episode.