Once again, quite a few things to get to before today’s recap which has a little clarification about how these next few episodes will play out. That’s on page 5. But first a few things to cover as I’ll have footage of my appearance on “Good Morning Texas” this morning talking about the show, your RHOC recap from Nell Kalter, a pregnancy in the “Bachelor” family, Kaitlyn doing a Q&A today, Chris and Kaitlyn’s blogs from this morning, ratings, Shawn & Cupcake hanging in Nashville this weekend, a poll question inspired from “Reader Emails,” and who some of the other couples with Sean & Catherine “Celebrity Marriage Boot Camp.” Plus coming tomorrow, I will have some news on “Bachelor in Paradise” with a couple casting additions that weren’t on the list I gave you last week, AND some talk about Britt and Brady and where they’re at. And if that wasn’t enough, gonna get you caught up on UnREAL from last night as I’ll post that separately about 30 minutes after this column goes up. So yeah, A LOT to get to today.

First off, here was my appearance this morning on “Good Morning Texas.” They usually have me on a couple times a season to talk about the show, but I’d say they picked a great time since last night’s episode was the most talked about one on social media for sure. Enjoy…(video doesn’t seem to load on tablets. CLICK HERE for the link to the page):

Your RHOC recap from Nell Kalter is now posted. I don’t know what’s happening on this show, but it looks like a doozy. And one quick mention, former “Survivor” recapper for this site Scott Ottersen will be back covering “Big Brother” this year so look forward to that. It’s good to have Scott back. Hope you enjoy his recaps when that starts up.

Former “Bachelor” contestant Kacie Gaston (former Kacie B) announced on Father’s Day that her and her husband Rusty are expecting so congratulations to them. Funny to think that she actually came back to be on Sean Lowe’s season, isn’t it?

I thought this was funny. After her appearance on GMA this morning, Kaitlyn will be doing a Q&A with Yahoo today:

.@BacheloretteABC fans, get your q's ready! @kaitlynbristowe is doing a Q&A w/ us this Tues at 2PM. #TheBachelorette pic.twitter.com/bp7u5seWMa

This is hilarious because since it’s monitored by them, and they’ll only allow pre-approved questions, she’s not gonna tell you anything you already don’t know. I’m sure every person who does ask a question wants to know about the snapchat video, but they aren’t going to touch that with a 10 foot pole. Not to mention, I’m guessing they’ll let zero trolls through who want to slut shame her. Kind of a pointless Q&A when the ONE question everyone wants to know about will be avoided. But whatever.

Ratings are in from last night and the show drew it’s best rating since the premiere in the 18-49 demo with a 2.0. The premiere drew a 2.1 Overall it drew 6.6 million viewers. For those that want to compare, Andi’s 6th episode last season drew 6.3 million and a 1.8 rating, so Kaitlyn out did her like she has been most of the season.

Chris Harrison’s Yahoo blog is up and I’m kinda stunned how he really didn’t dive into the Nick/Kaitlyn sex thing like I thought he would. Pretty tame if you ask me. As of this posting, Kaitlyn’s blog for People.com isn’t up, but she did do a feature story that will run this week talking all about the sex with Nick. Same company line that she’s not ashamed by what she did.

I know a lot of you are reading the tabloids and they’re basically grabbing any pictures they can of Shawn in the vicinity of any girls in Nashville and claiming he’s cheating on Kaitlyn with her. Not happening. Sorry. Here was Shawn this past Sunday actually hanging with Cupcake outside a bar called Two Bits in Nashville. So yeah, this is probably more what Shawn’s life is like in Nashville and not what you read in tabloids whose sole purpose is come up with salacious headlines that’ll get people talking: 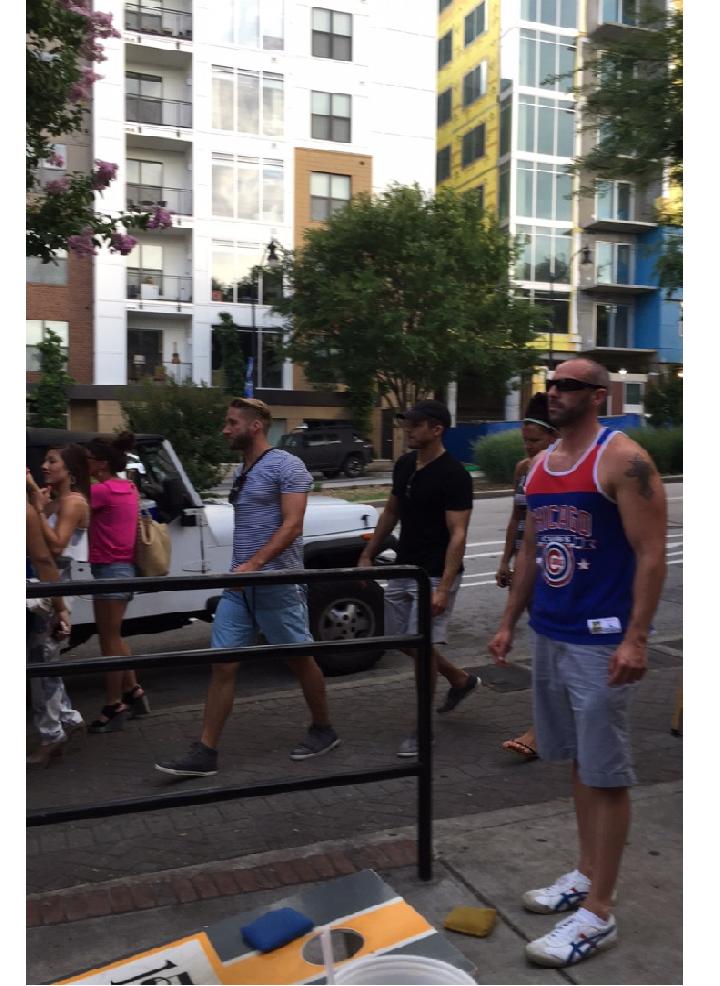 Our poll question this week is inspired by a “Reader Email” from last week:

And finally, last week I broke the news to you that Sean & Catherine are currently filming “Celebrity Marriage Boot Camp” that airs on WE TV. Not sure when the show starts but probably not for a few months. I think a season is currently airing or just ended. Anyway, I found out a couple more couples that will be on the show:

-Mama June and Sugar Bear from “Here Comes Honey Boo Boo”
-Benzino and Althea from “Love and Hip Hop Atlanta”
-Some couple from the Bad Girls Club
-Sundy Carter from “Basketball Wives.” Not sure who her man is. I know her baby daddy is former NBA player Larry Hughes, so maybe it’ll be him. I have no idea, I just know she’s on it with someone.

Wow. Hell of a cast I tell ya’, but pretty par for the course with this show. This is exactly the type of shows they pull from. When Sean and Catherine are your most popular and well known couple on your season, well then…uhhhh yeah. Have fun with that. Anyway, onto the recap…