Yaaaaaaaaaaaaaaaaaaay!!!! Finally!!!!!!!! The Nick questions are over!!!!!!!!! Even though for the last two weeks I’ve consistently told everyone that Nick wasn’t going to be on DWTS nor was he even a serious consideration since he never even met with them, there I was getting something pretty much every day asking “Hey, I heard a rumor that Nick is gonna be on DWTS? Is it true?” Ummmmm, no. So now we can all thank the DWTS gods we don’t have to deal with that anymore. In case you missed the announcement this morning (even though pretty much all of them had already been confirmed by DWTS themselves or other entertainment outlets), the pairings were announced on GMA today. Glamour Magazine has a good breakdown of the pairings, their social media following, and what their predictions are. I gotta imagine Bindi is going far just because she’s with Derek. Other than that, the one thing I’ll say is they kinda strayed from their usual cast stereotypes. No Olympian, and no pro athlete this season. Nor is there a current Disney star on the show. Weird not seeing that. But my favorite pairing? Victor Espinoza and Karina Smirnoff. Only because she’s already 3 inches taller than him and I find it hilarious when the woman is taller than the man. He ain’t lasting long.

I don’t understand why all these guys (Joe, Nick, Justin, and Dan) are all so into Samantha. She’s not ugly or anything, but what is so attractive about her? Why are they all pining after her, even when she’s shown that she’s a pretty awful person?

I’ve been an avid viewer of all the Bachelor / Bachelorette series’ for years, watching them however I can from Australia. Australia has just recently started a local franchise which has been reasonably scandalous (last year’s Bachelor did a Jason Mesnick) but the current series that is airing is getting loads of media attention with the girls complaining about editing. I know all of this from watching the show forever and your site but thought I would highlight this article as it again supports everything you’ve said all along:

Secondly, I had a question. (Apologies if it has been asked before). I have read and seen some of your comments about Desiree and Chris’ wedding. Why didn’t ABC televise their wedding? They are one of the few true success stories from the franchise so I thought they would want to exploit it at all costs?

I am so sick and tired of everyone saying how sweet Juelia is and she deserves to find love. What a great, nice girl. Has everyone forgotten on Chris’ season how she told him about her husband’s death at a pool party so she wouldn’t be eliminated? And that she spilled a very personal detail about his death on national tv that his family did not want disclosed?

What a fame whore. No different than anyone else, but she seems to be getting a total pass on it.

Tired of the BS in TN

Quick question for you. I live in Seattle WA and on my drive into work I listen to one of our local radio shows. Molly Mesnick is one of the hosts and she always claims to know all of the gossip about the Bachelor/ Bachelorette. The hosts are always saying how they all knew info months before things are officially announced. For example, she mentioned that Ben was chosen as the Bachelor and the rest of the hosts talked about how they knew this info for quite some time. Do you think Molly gets her news from your site or do you think she has inside sources since she was on the show? I keep waiting for her to mention your site as her source (not that you need her to do that) but haven’t as of yet. I keep meaning to call or text in when they discuss Bachelor news and to give you credit as to where I hear it….maybe someday.

You’re site is awesome…thanks for spoiling!!! 🙂

Comment: I know in the past Jason and Molly have mentioned me numerous times on their podcast they were doing, but maybe she’s not allowed to at her job.

I’ve been reading your blog since the Jason and Molly fiasco back in the day. Wow, thinking about that now makes me feel pretty ridiculous for keeping up with the Bachelor franchise from early high school to my mid 20s. You’d think being a married home-owning young professional would move me along to bigger and better shows. Nope. I’m still hooked.

I have to admit that this season of Bachelor in Paradise has been excruciatingly painful to watch (almost as painful as Ben F and Juan Pablo’s seasons). I am thoroughly bored with Sam and Joe. Like we get it. Joe likes Sam and now she’s playing the field. How can you even drag out like 6 episodes around one situation???

Do you think ABC will try to control who’s talking to whom before the show? Do the producers even try to prevent people from connecting before the show starts? I feel like this is the first time that contestants talking before the show starts filming has really been a huge focal point during aired time. It’s like the producers are using the contestant’s off air stories to fuel their on air demise. No, because I don’t think they can. Social media has brought a whole new aspect to this show that we’ve never seen before.

And I’m tired of people taking this stuff seriously. Do people not see that this is a game? If it were not a game then there wouldn’t be a limited number of roses that determine whether people stay or go. Everyone would just hang out and get to know each other. But that’s not entertaining. Limited resources + rules + end reward + time limit + players competing for said resources = game. Because it’s a game, it allows the component of strategy. So why do people get angry when the players play the game? It’s like when people get mad when you try to steal their country while playing the board game Risk. Like hello, this is war, not my little pony unicorn land. Makes no sense. Because too many people take this show and this franchise way too seriously. Hence the reason I do what I do. Just do my best to inform the masses of what they’re really watching and maybe, just maybe, they won’t take it so seriously. Can’t reach everyone.

Also, how come every other second they play footage of Juelia face timing her daughter? It’s annoying how much they are playing up this whole “I’m a single mother away from my child” thing. Yeah must be so painful to voluntarily go on an all paid for tropical vacation with tons of attractive single men. Also, Jonathon and JJ have kids and they’re not shown communicating with their kids. And I didn’t see anyone talking about how much JJ gave up to be on the show in order to find a wife and mother for his daughter. It just seems extremely one sided.

A reader sent you this question:

Quick ratings question. When you say, for example, that the show had 5 million viewers and a 1.2 rating, what does a 1.2, 1.3, etc mean? Does it have any correlation to the millions of viewers or are the numbers completely separate?

I work in the industry and happen to know the answer in simple terms 🙂 In this case 5 million viewers or 1.2% of the people who could be watching television that night during that hour were watching the show. If they give a show’s share number, that is the percentage of people who are actually using a TV that are watching the show. So in this case if they said the show had a 25% share then 20 million people were using TV during that hour.

Now that you’ve had a few years to get over it, are you ever going to tell us what happened with you and Holly Durst? If you already did, I missed it, and Nick and all the Bachelor Pad talk reminded me of your past angst.

Hi Steve! Long time fan, blah blah blah. I’ve watched every single season since it first premiered and wanted to respond to one of the readers from last week (I think last week?) The question was:

Does Carly look like someone else from a previous season, or am I just confused? It’s driving me nuts!

I think this person is thinking of Sarah Brice from Charlie O’Connell’s season. What do you think? 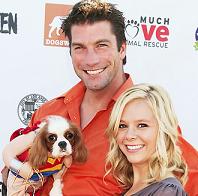 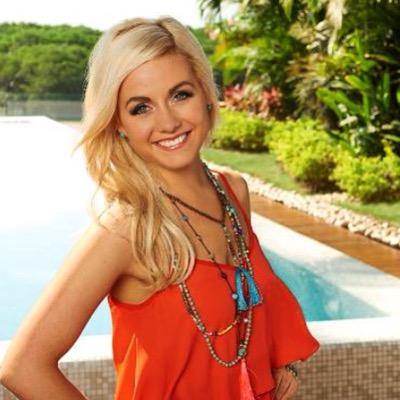 I am a long-time reader of the site, and have been following you since the Jason/Molly days. Thank you for making this show bearable to watch and I love knowing what is going to happen and like knowing not to take this show seriously!

You mentioned in your column this week that you have your fantasy football draft coming up soon and use the auction draft system. I am on my 3rd year of fantasy football and love it. We are introducing the auction draft system this year. Do you have any tips on how to make this process the most effective and to get the best players out of the process? Any help would be appreciated.

All depends on what you set the budget at and how engaging the people are in your league. Lets face it, FF is about 90% luck anyway. All you can do is draft your players and start them on Sundays. What happens after that is completely out of your control. If FF had the ability to change out players during games, then it’d be much more strategical, but that would constitute dedicating 7 hours every Sunday paying attention to everything that is going on so you can see who got injured, who’s hot, who’s not, etc. Hence the reason I’ve never understood the FF guys that take it so seriously. I’ve played it every season for 10 years. Even won a couple times. But I never get that geeked over it. I guess because I’m more of an instant pleasure, it’s just kinda hard for me to get that excited about something that takes 4 months to pay off.
______________________________________________________________

I’m a big fan of your site. I was wondering if you knew when the upcoming Bachelor season (Ben’s) is taping their Women Tell All episode?

Trying to see if I can get tickets, but first want to make sure I’d be in town on the date they film it.

I’ve been wondering this for a while and I don’t know if it’s just common knowledge or what but how did they choose the bachelor before the bachelorette was around? And if they just chose a random person how do they know he’s sincere?

Thank you so much!!!

Comment: Not sure on their process. Guess they just had casting people scouring the U.S. for single men.