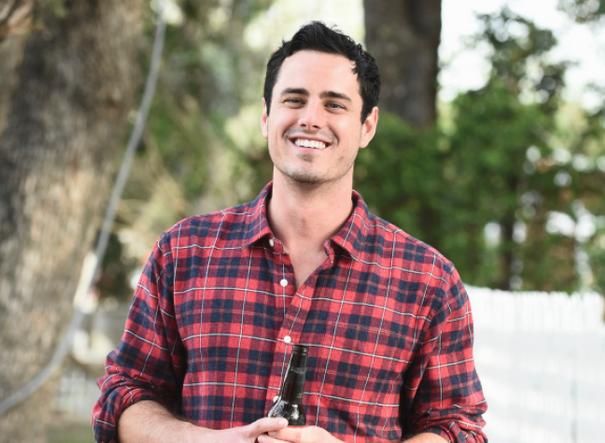 I don’t think there will be too many more posts before the Jan. 4th premiere of the “Bachelor.” I might do one on Monday, then I’m out the rest of the week returning the following Monday. I might fit in a couple during that last week but I’m not sure yet. If not, I will just re-post the episode-by-episode spoilers so it’s the first thing on the page everyone sees once they return to the site on Monday the 4th. I expect that to be the case since it happens every season. No reason why this wouldn’t be any different. There will be a couple links I will be tweeting out soon in regards to interviews that I conducted with a couple media outlets that I’m sure you’ll enjoy. I think one might be coming today, so check Twitter for that. Good chance I won’t talk to you before Christmas, so I hope everyone who celebrates it has a great day, thanks for being loyal readers this year, and more of the same will be coming next year. I appreciate the support. We’ll be unveiling the new layout close to the first episode, and I think you’ll all like it. I do. Just working out some kinks right now. Only a little over two weeks left before Ben’s season begins and the tabloids start running with whatever they can come up with. Oh look, they’ve already started…

-Ahhhh, so the rumors start already. And what better site to throw sh** at a wall and hope it sticks than HollywoodLife.com. They’re becoming professionals at it. In their latest piece, they claim that Rumer Willis is the front runner for the next “Bachelorette” role. I can’t tell you how many times HollywoodLife has reported false info about this franchise in the past, so again, nothing to see here. In 11 previous “Bachelorette” seasons, they’ve never cast someone who wasn’t from the franchise, they’ve only cast the final 2 girl once (Trista, years ago, different shooting schedule), and they’ve never cast anyone who didn’t finish top 4 of their “Bachelor” season. But now Rumer Willis is gonna get the gig. Ok. Whatever you say.

-More “Survivor” stuff since I could read interviews like this all day. As of this posting, I didn’t see Tasha’s post show interview with EW.com, but you can read Jeremy’s, Spencer’s, Wentworth’s, and Keith’s. All very good with great insight to game play. Well, except Keith’s who still doesn’t have any good explanation as to why he didn’t play the fake idol at the final 5 tribal council. What do you have to lose at that point? Made no sense for him not to at least try. Could’ve changed the whole game if Tasha, Jeremy, or Spencer bought that it was a real idol.

-A bizarre story. A man lost at sea for 18 months with a friend is now being sued by the friends family who says their son is dead because the guy who survived ate him. I know anyone can sue anyone for anything in this world, but most cases never even make it to court. I’m guessing this one won’t. As far as I could tell in that story, the family doesn’t have their son’s body, so how will they ever be able to prove he was eaten?

-This isn’t really much of a story. Well, unless you’re a guy. I mean, what more of a click baiting headline can you get than these words thrown in the title, Victoria’s Secret, water guns, bikinis. Bam! There’s your story. I couldn’t care less what else happened. VS angels shooting water guns in bikini’s at each other. You got me!!!

-The 9th installment of “Mean Tweets” aired the other night on Kimmel and, yeah, it wasn’t anything different than the previous eight:

-Just when US Weekly’s cover story this week is how Kourtney and the Biebs have been banging for the last four months, then they throw this little tidbit in there that she was recently seen with Quincy Combs, the son of P. Diddy. Exactly what is Kourtney trying to accomplish here? Is there a Cougar of the Year Award given annually that I don’t know about? Does E! give her a bonus for sleeping with as many guys born after 1990 than her sisters? I don’t get it.

-Barbara Walters “10 Most Fascinating People of 2015 aired last night, and I completely forgot. I guess I can’t say I should be all too surprised who was her #1 this season. Although wouldn’t it make more sense if you could actually nab an interview with the person you chose “Most Fascinating” for the year? Last year Amal Clooney won, and she didn’t get an interview with her either.

-Selena Gomez posted a picture on Instagram yesterday of some dude that no one knew. Come to find out his name is Christopher Mason, he’s a model in LA, and a dad. Ummmm, ok. So either he’s a friend whose modeling career she’s trying to help, or, they’re having sex and this was an f-you to the Biebs. No other explanation.

-I don’t know what I’m more embarrassed about. The fact I spent the time to take this 75 question Taylor Swift quiz, or the fact I scored 56 out of 75, better than 62% of the people that took it. Not good enough, Steve. You should be ashamed of yourself. And I am. No way I should’ve missed 19 of those. I rushed. That’s my excuse. Sorry Tay Tay. Can I still be in the Squad? Thanks.

-Another new trailer is out for FX’s series, The People vs. OJ Simpson: American Crime Story, and in this latest clip, we see OJ trying to kill himself in a young Kim Kardashian’s room with Robert Kardashian trying to stop him. The OJ thing will never not be fascinating to me with everything that was involved. I remember I was pretty engulfed in it back in the day, even reading the book that this show is gonna be based on. Imagine if that story played out in today’s day and age of social media?

-More TSwift. A childhood friend who starred in Bye Bye Birdie with her as the leads back in 2001, decided to post a #tbt yesterday and it was glorious. I mean, how can you not get a kick out of that picture? C’mon. Genius. I’m surprised more people from her past haven’t posted stuff. Or maybe they have and I haven’t seen it because I don’t stalk her. That you know of.

-Khloe did a live video chat yesterday on her website and told someone to “suck her d**k” among other things. Nice. Well, we’re a little less than 3 weeks away from my live video chats returning on Thursday nights and I can pretty much guarantee you I won’t be telling any of my readers that. Classy, Khloe. And yes, it’s not a coincidence that every basketball player that gets with you ends up sucking.

-If this story were true, it just might make the internet explode. Rumors started surfacing recently that Chandler and Monica were dating in real life. But apparently it’s just a rumor and there’s no truth to it. Could you imagine what the “Friends” crazies would do if it was? They might all spontaneously combust.

-And finally, if you haven’t seen the YouTube video of “Instagram Husband,” you should. It’s pretty funny. This morning, Michelle Money has informed all of America she doesn’t have an Instagram husband. Check it out: