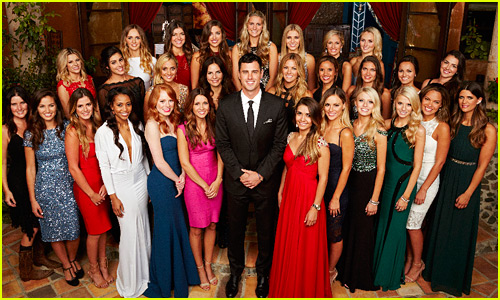 Welcome back to the new and improved RealitySteve.com everyone. For those that took the last 3 ½ months off since “Bachelor in Paradise” ended, you’ll notice a new look. We are still tinkering with things here and there, so bear with us if you see maybe for a day or two going back to the old look. We’re trying to optimize the site as best as we can. For the new layout thought, the four pictures you see above will remain there all season, and immediately bring you to the latest column in that section. “Bachelor Ben Spoilers” are pretty self explanatory – they are your episode-by-episode spoilers that have been up since Nov. 24th. Click on that picture and it’s the first post you see. “Bachelor Ben Recaps” will be the latest Tuesday column that recaps Monday’s show. “Reader Emails” will be your latest “Reader Email” column that runs on Wednesdays, and “Live Video Chats” will be from Thursday’s nights chat that resume this week. “Dr. Reality Steve” will still be on the site every Thursday morning, but to see all previous columns, you just have to click the link in the navigation bar. We’re still working on some small things, but your archives of past shows are all up under “TV Shows” at the top, as well as I added a “Press” link which has any past columns written about/mentioning me dating back to 2010. And if you’ve followed me on Twitter during the last week, you know I’ve been bombarding you with articles.

I appreciate it any time any news outlet wants to interview me for the site, so obviously I welcomed it, but to have that piece run in the NY Times last week online and in this past Sunday’s paper was probably the biggest brand to ever cover the site. I teased it back in September, because that’s when I did the interview over dinner. It was supposed to be kind of like “The Anatomy of a Spoiler” and they were going to have a timeline in the piece of when I received spoilers versus when I actually posted them, but that idea got scrapped. He ended up using a couple of the things that he knew, like the person in Vegas I sent to Aria to get pictures of Becca’s date since I knew ahead of time, and when I received information on the ending, so that was some interesting insight. But four more pieces came out yesterday, so if you don’t follow me on Twitter or don’t feel like looking back, here are all the links:

Meet Reality Steve, the Man Who Spoils the ‘Bachelor,’ and the Best Journalist Who Isn’t One – Jezebel (Jan. 4th, 2016)

Reality Steve is Not Spoiling Anything with His Spoilers – New York Magazine (Jan. 4th, 2016)

Obviously I knew I had done all these interviews spreading out over the course of the last couple weeks, but I didn’t think that all of them were coming out yesterday. As for all the other ones:

-The NY Times piece is definitely the most respected national outlet that’s ever covered my site, but I think the interview with Jezebel is probably the longest, most candid interview I’ve ever done.

-The NY Magazine story is one you have to read, and I’m not just talking about the part on me. It’s a 5 piece breakdown of this whole franchise. Take the time to read the story about how the show originated and all the quotes from Fleiss and Harrison about the early years. Really good insight to everything and to see how far the show has come. And before you ask, no, original producer Jason Carbone is not related to me in any way, shape, or form. Don’t know the guy, never spoken to him in my life, and not related. Conspiracy theorists don’t even bother.

-I read RealityBlurred.com all the time and linked to it numerous times in “Daily Links,” so I’ll always talk to Andy Dehnart if he asks.

-The interview I did on my couch with local Dallas talent Amy Vanderoef, well, Maddie steals the show. Check that out. I’m so pissed I missed question #6. Embarrassing. Completely drew a blank and the second she told me I felt like an idiot.

-And interesting note about the NPR radio interview from yesterday with A Martinez. Me and A go back all the way to my sports radio days on XTRA Sports AM 1150 in LA. We will always have one memory that we bring up when we talk, and that was we co-hosted the 3-7pm drive time show on Thanksgiving Day 2001. We were fill-in guys, and since the big wigs got the holidays off, we didn’t. Safe to say, NO ONE was listening then. Great to see A continuing his radio work in LA and catching up with him yesterday.

A couple columns that ran in December in case you missed them. I did my annual Bachelor Bio breakdown of all the girls the day after their bios were released, and also did a look-a-likes column with some of the girls. I think now after seeing them on the episode, some of my look-a-likes suck. Oh well. They were good at the time only going off ABC headshots.

Nell Kalter has your Vanderpump Rules recap up for your viewing pleasure. Has that Jax guy passed on any of diseases to anyone else this season? Is he still hanging around that chick that Jade knows, Carmen Dickman? Will I ever tune into :30 of this show?

Don’t forget that “Reader Emails,” and “Dr. Reality Steve” return this week for the remainder of the season, so get your emails in today. I’m pretty stunned at the low amount of emails I have right now for tomorrow. Sure, it makes my work easier, but I figured with the start of the new season emails would be coming in by the truckload per usual after the first episode. I’ve got a couple from October and November I’m sure you’ll like, but not many in the last 24 hrs. Get them in today to make tomorrow’s column.

<>b>Ratings are in and the “Bachelor” premiere drew 7.5 million viewers and a 2.2 rating in the 18-49 demo. Pretty much held steady with Chris Soules’ premiere last season that drew 7.7 million viewers and a 2.4 rating. In comparison to the three seasons before that, Juan Pablo drew 8.4 million, Sean 6.9, and Ben Flajnik 7.7. So this is right on par with probably what they expected. The “Bachelor: Live” show almost lost half of the “Bachelor’s” audience, getting 4.2 million and a 1.1 rating. We have nothing to compare it to since this is the first one that’s ever aired after the “Bachelor.” It did better than “After Paradise,” but it should because that’s a summer show, and typically summer shows across the board are down.

I think one of the big things from last night that I got on Twitter and even over text was the attractiveness of this cast. More so than usual, a lot of people really seem to be impressed with this crop of girls. So that’ll be today’s poll question. And I’m talking from girl 1 through 28, is this the best looking cast ever?

Welcome to the New RealitySteve.com
The “Bachelor” Episode 2 Recap Incl A Spreadsheet of Contestants Ages, & Next “Bachelorette” Talk from ABC, Fleiss
To Top