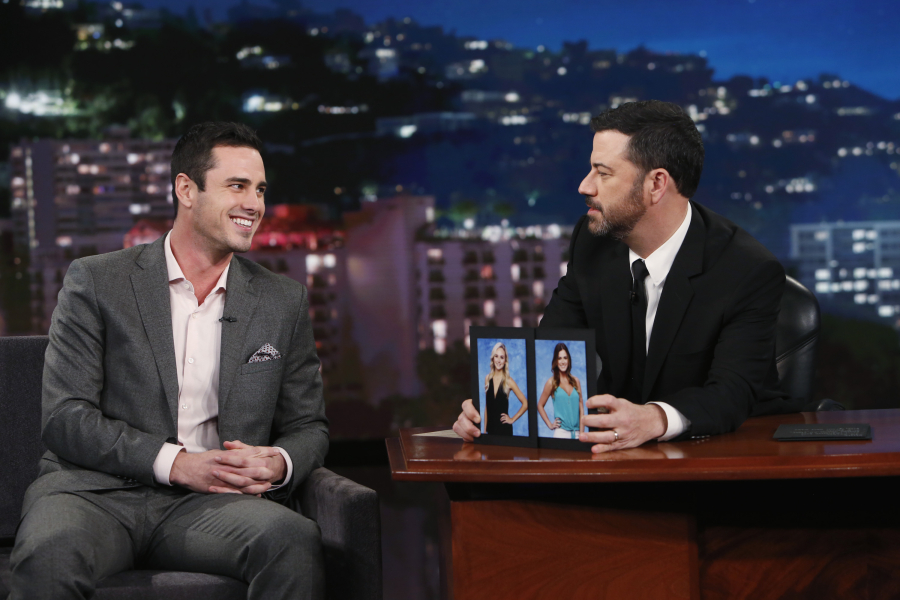 The return of the live video chat happens tonight at 9:00pm EST/6:00pm PST. Haven’t done one since early September, so I’m sure a lot of you have thoughts and opinions on everything that’s gone down in the last 3 1/2 months. Bring it on. Will be taking your questions for an hour on anything and everything “Bachelor” related, plus whatever else you want to bring up. If you want to tell me you’re sick of all the media coverage the site has been getting, you can do that too. Just remember, I don’t have a publicist. I don’t go out looking for this stuff. But when the NY Times, New York Magazine, Jezebel, and Reality Blurred all come asking for interviews, I’m absolutely gonna say yes. It’s been a crazy week to say the least, but I hope these articles gave you a little bit more insight to me, the site, my thoughts on this franchise, etc. Definitely some of the most candid interviews I’ve done, even though I feel like I’m saying the same thing most of the time. It’s weird. I don’t want to say the same thing, but I catch myself in almost every interview giving a lot of the same answers. I’ll try to change that up a bit in the future. The interesting thing is how my old radio career is being brought up again. Oh the stories I could tell from those years. Definitely an interesting path it’s been to say the least. Lets keep on trucking and see where this thing goes…

Now lets get to a preview for next week and some deleted scenes from this past Monday’s episode. ABC posted a :60 preview of the “Bachelor High” group date next week, and whaddya’ know, they’re focusing on the bobbing for apples part. Shocker. I’m sure Jackie is never gonna live this down…

Here are your deleted scenes from last episode, all of which were shown on the “Bachelor: Live” aftershow which is God awful, so you probably haven’t seen them yet.

And finally, here was Ben on Jimmy Kimmel Monday night being grilled about his final four in case you missed it…

I love your column and read it religiously. I have never written in but, I need some advice.

I have been with my boyfriend for two and a half years and we have lived together for a year and a half. I am 31 and he is 33. Last year (around Valentine’s Day) I found a receipt for an engagement ring. I was SO excited. I decided to never tell him that I found the receipt, so he does not know. Well, now it has been almost a year since I found that receipt….and nothing. I have moved with him to the country where he grew up an hour away from my friends, family and my job. He tells me all the time how much he loves me and recently he made me the beneficiary of his life insurance policy.

My question to you is…what is the hold up? I’m scared he has changed his mind, but our relationship is very solid and I know that he loves me and there’s no question that I love him.

Thank you for your time,

Comment: Ummmmmm, maybe because he bought the ring for someone else?

That does seem bizarre that he’s held on to a ring for a year. I’ve never been engaged so it’s hard for me to speak on, but I’m guessing when I do buy a ring, the proposal is coming shortly thereafter. But a year? AND you guys live together? It’s not like you’re still dating and getting to know one another. It’s been 2 1/2 years and living together for the last 1 1/2. Maybe since I’m inexperienced in the engagement field this isn’t as bizarre as I think it is, but do guys buy rings for the woman they live with and hold on to it for a year before proposing?

I think the only person who held on to a ring longer was Brandon Walsh after Kelly said “I choose me.” Then Tracy found it in his underwear drawer, flipped the f**k out thinking he was gonna propose to her, which forced Brandon to sell the ring back so Tracy wouldn’t think he was still in love with Kelly even though he was, then Kelly went and bought the ring herself because she didn’t want anyone else to have it. An all-time great 90210 storyline.

I say give him 6 more months, and if he hasn’t proposed by then, bring up the fact that you know he bought a ring and what’s the deal. Don’t give him an ultimatum, but ask him what the hold up is. See what he says.