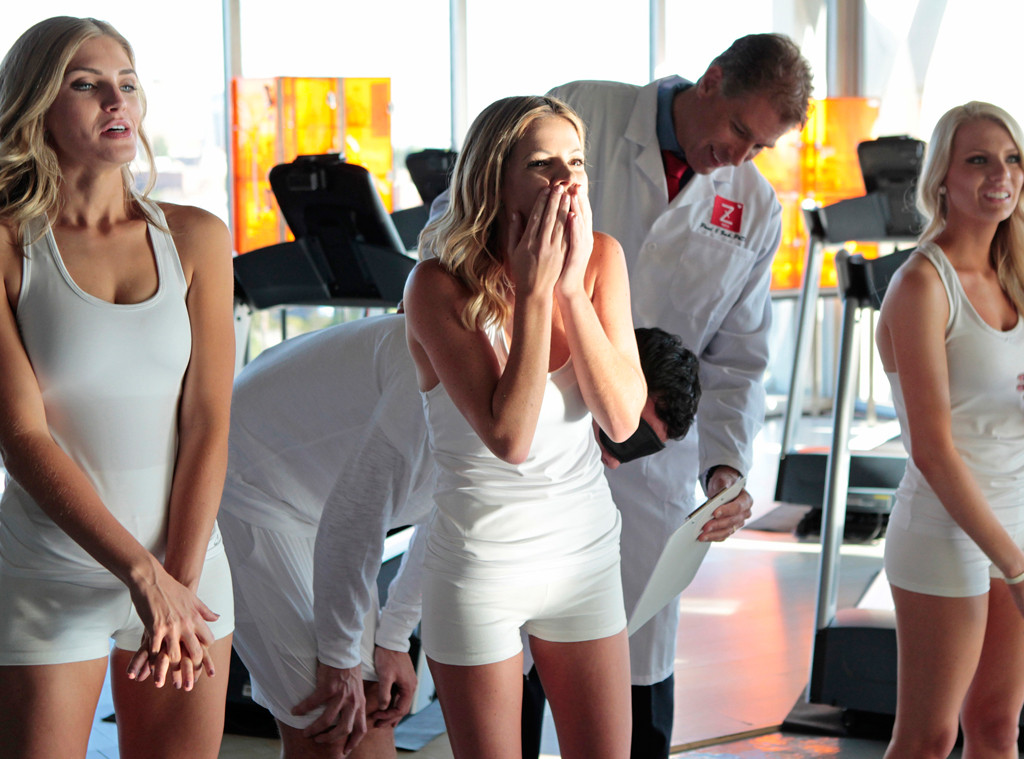 Not that this is any sort of major deal, but as I tweeted out last night, I stand corrected on Mandi’s elimination. I had her going home next week instead of this week. Next week, still the same eliminations just without Mandi. Wanna know a little secret? Every other spoiler is correct this season, but Mandi’s elimination was the only thing I guessed on, and I got it wrong. I had a 50/50 chance. I knew she made it to episode 2 because she won the “Bachelor High” group date, and I knew she didn’t make it to episode 4 in Vegas because she wasn’t on any of the dates. But as I was filling in the puzzle pieces to the season, she was the only one who didn’t have a definitive exit episode. It was either episode 2 or 3. I guessed episode 3 because I didn’t think Ben would send her home in an episode where she actually won a group date challenge. But he did. Dammit. So now I’m gonna be 99% right this season. Sucks. I’m an overachiever. I want 100% plus extra credit. Oh well. Gonna have to settle for a tad less this season.

Ratings are in from last night, and considering it was up against a great national championship game, the numbers expectedly dropped from last week, just not as bad as a drop that Chris had on his second episode last year against the Ohio St/Oregon national championship. Last night drew in 6.85 million viewers with a 1.9 rating. Chris’ second episode last season drew 6.5 million with a 1.7 rating. As for the crap that is “Bachelor Live,” it drew 3.9 million and a 1.0, compared to 4.2 million and a 1.1 last week.

I guess if there’s one thing we actually did learn from the “Bachelor Live” show, it’s that Tanner and Jade are getting married very soon and ABC is going to televise it. They didn’t go into much detail, including a date and when it’ll air, so I guess we’ll have to wait on that. I find it hard to believe they wouldn’t televise a wedding from one of their successful “Bachelorette” couples in Des & Chris, but they’d give Tanner and Jade a 2 hr. special. I don’t know. We don’t know anything yet other than according to Jade, it’s happening very soon. If I hear anything I’ll let you know.

Ben’s blog for People.com is now up where you can read him basically say nothing for 15 paragraphs. I honestly don’t know why I link to these every season. The lead is not gonna give anything away, and since you already know what happens, him writing in the past tense of stuff he already knows the outcome of just seems pointless. But hey, I’ll still link to them every week for anyone who wants to read this dribble.

You know what’s not dribble? Nell Kalter’s Vanderpump Rules recap that appears in this column every Tuesday. I have no idea what Jax and Stassi are up to since I don’t watch the show, but I bet it’s something that involves sex. Or do they not hook up? Hell if I know.

Congrats on your NY Times interview!

As I was watching the first episode last night, I realized that about half the girls are around 22 and 23. It seems like as the seasons go on, the girls get younger and younger thus proving that they’re only there to plug their social media accounts. I’m 23 and still feel like I’m too young to go on The Bachelor. I guess I just remember watching earlier seasons with older women.

I didn’t think for a second that someone would actually do it. Well, TWO people actually did it and had the answers to me within hours of that post going up. And not only that, it was sent in an Excel spreadsheet with the mean, median, and mode ages for each season. There were probably 3 or 4 others as well that just sent over the last few seasons, which was still a chore in itself. Hell, maybe I’ll just start pawning off some of my research to the readers with this type of quality work I get in return. So here is a breakdown of all 20 “Bachelor” season contestants’ age, and 10 of the 11 seasons of the “Bachelorette.” For some reason, Trista’s cast list isn’t anywhere on the internet.

-On the “Bachelorette” side, there’s really not a whole hell of a lot of age differences between the averages of all those seasons. The highest average age was season was Jen Schefft’s and Emily Maynard’s at 29.8. However, the lowest average age for any season was Ali Fedotowsky’s at 28.2.

-Roughly 25 guys every season and to only have a 1.6 margin between the highest and lowest average age range is pretty telling.

So the biggest thing to take away from this study, is that they’ll always cast younger girls on the “Bachelor” and older guys on the “Bachelorette.” Every “Bachelorette” chose someone in the end either her age or older (except Kaitlyn), and every “Bachelor” in 20 seasons chose someone younger than him, playing into basically every stereotype imaginable. Thanks to all of you who took the time to do this for me. They’re definitely fun charts to look at.

With the age thing an interesting peek into how the show casts its contestants, the biggest news in Bachelor Nation this past weekend happened at the TCA’s, when ABC President of Entertainment Paul Lee said he expects the next “Bachelorette” to be diverse, which then ended up making headlines on every entertainment site. Even Mike Fleiss chimed in saying that “in the near future, you will see a non-white lead in the show.” This was the first time we’ve ever heard anything of the such. Well, since last year. Let me refresh your memory as to exactly what Paul Lee said at the 2015 TCA’s.

“One area where Lee admitted that ABC could stand to be more diverse: The reality show the ‘The Bachelor,’ which hasn’t exactly produced a rainbow coalition of contestants. Lee suggested that the show will diversify over coming seasons.

‘You are going to see diversity as we go through that,’ Lee noted. ‘[Current bachelor] Chris the Farmer is not but I’m sure many of the future guys are going to be.'”

“Back to Juan Pablo. He made comments deriding homosexuality and saying there should not be a gay Bachelor. What do you think?

The question is: Is it a good business decision? I just spoke at U.S.C. the other night, and I explained it like this: Look, if you’ve been making pizzas for 12 years and you’ve made millions of dollars and everybody loves your pizzas and someone comes and says, ‘Hey, you should make hamburgers.’ Why? I have a great business model, and I don’t know if hamburgers are going to sell.”

So for all those asking now what does this mean, I’ve narrowed it down to mean two things:

1) You believe what they’re saying and the next “Bachelorette” will not be white.
2) They’re saying things they know people want to hear and they have no plans on changing.

My stance is, I’ll believe it when I see it. Now, lets say #1 is right and that the next “Bachelorette” definitely won’t be white, who does that leave us from this season? Well, we’d have Amber, Jami, Jubilee, and Caila. Because of the comments made over the weekend, people seem to be jumping to some sort of conclusion that Jubilee is gonna be the next “Bachelorette” now. Or Amber? Lets not forget people, the “Bachelorette” still has only been chosen from a girl who finished top 4 of her “Bachelor” season. They’ve never deviated away from that in 11 seasons. So if we’re still going off that premise, you can eliminate Amber, Jami, and Jubilee. And not only did none of those girls finish in the top 4, they didn’t even finish in the top 10. There is no way they’re casting someone in the lead who didn’t make it halfway through their season. You can forget them. It’s not happening.

So IF, and that’s a big IF, if they are telling the truth that our next “Bachelorette” will not be a white girl, then it’s going to be Caila, or they’re going outside the franchise for some diversity, and I don’t see them going outside the franchise. But are they telling the truth? I have no idea. I guess we’ll see in a few months. Nothing is set in stone, and they could just be blowing smoke up everyone’s asses which they’ve become experts at, so just keep that in mind. If they aren’t lying, then Caila is who it’ll be. She finishes in 3rd, a prime location where many past “Bachelorettes” have finished, and she fulfills their non-white lead they are hinting at. Before the season, I said based on past history, it was either gonna be Amanda or Caila, and my preference would’ve been Amanda. If it’s Caila, hell, it’ll make for a much easier season to make fun of. Who they cast as the lead is of little importance to me. I’m going to spoil it anyway. So the bottom line is we have no definitive answers right now. We’ll know in March whether or not they were lying when they made their comments this past weekend.

So now I ask you for this week’s poll question: Do you believe them?