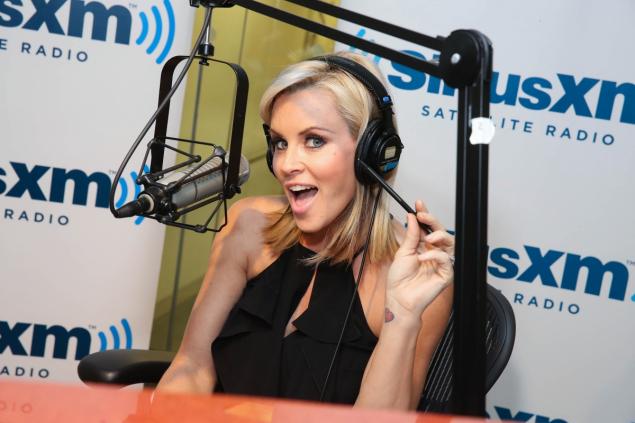 So the 18 year old me basically just lived a fantasy. For those that don’t have SiriusXM or saw my tweet yesterday, I just got done doing a phone interview with Jenny McCarthy on her “Dirty, Sexy, Funny” radio show and basically, I can die now. You have no idea what 18 year old Steve would’ve thought of that. You gotta remember, in 1993 I was graduating high school, starting college, horny as ever, and that’s the year Jenny McCarthy appeared on the scene – in all her glory. Do you know how many guys had that Playboy spread in the freshman dorm? I think basically everyone. She was the ultimate pin-up girl in my generation. So to actually get to talk to her and thank her for her pictorials and making me the man I am today, well, I couldn’t possibly pass that up. So let me walk around on the clouds today for a little bit. Sure, we talked “Bachelor” stuff and she relayed the story of how Ashley I. used to babysit for her son (in case you didn’t know that), but if I could go back in time to 1993 and tell myself what just happened, I might be the envy of 2nd floor Morrison Hall dorm. That’s how big Jenny was back in the day. Time to take a cold shower.

Anyway, moving on to “Bachelor” related news. Got an email this morning about the press release from ABC regarding next week’s episode where it says at the cocktail party, Ben reveals some unexpected news to the girls. Forgot to mention that in the spoilers. Someone from back home died and he found out about it during filming. I believe it was a family member, but I don’t know who. So he tells the girls at the cocktail party, and as the press release says, some are consoling, and others (cough…cough…Olivia…cough…cough) are more interested in stealing him away from some extra time. So yeah, that’s what happens.

Don’t forget, back at it tonight with another live video chat at 9:00pm EST/6:00pm PST. Come on in, ask a question (hopefully one that hasn’t been asked a trillion times), and maybe it’ll get answered on the air. See you tonight.

Here are your deleted scenes from this week (and one from last week they just added):