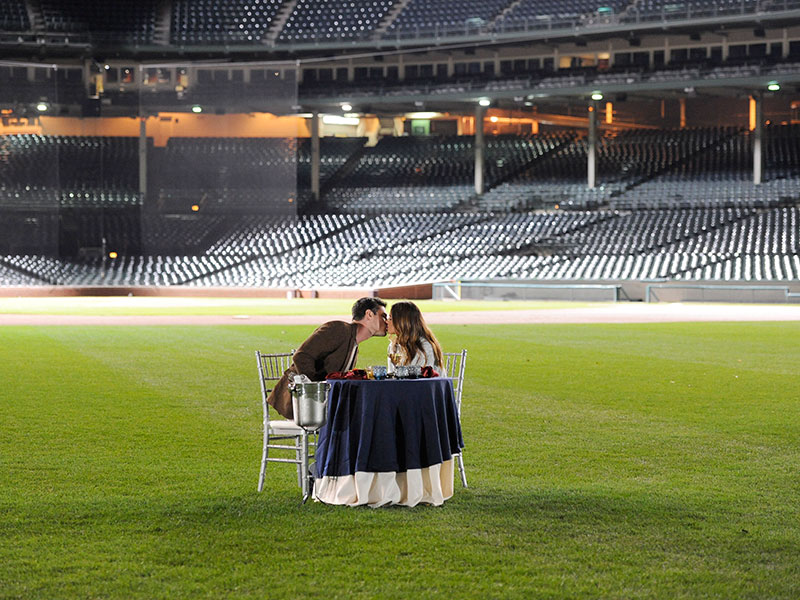 With us getting near the ending of the show, and the “Bachelorette” about a month away from filming, of course the question is continually asked to me who the next “Bachelorette” will be. And the answer I’ve given for 3 months, and the one I’ll continue to give is I don’t know. We know their track record with the female lead, and it’s always been someone from the final four of the “Bachelor” season. We also know the statements the President of ABC, Paul Lee, and Mike Fleiss gave at the TCA’s this year both saying they expect the next “Bachelorette” to be “non-white.” Well that leaves only one girl in Ben’s final four who fits that mold. The question then becomes were they just saying that to appease people? I guess we won’t know until the decision is made. Personally my opinion is JoJo seems like the perfect candidate for “Bachelorette,” – I just don’t know how on their current shooting schedule she can get the gig. If there’s a way I’m not thinking of that some of you may have to where they can bring JoJo out to confront Ben for the first time since he dumped her, then 30 minutes later somehow announce her as “Bachelorette” on the ATFR, then three days later begin filming her season, I’m all ears. I don’t see it but maybe I’m missing something.

One programming note: The “Women Tell All” tapes next Saturday in LA. They are pretty strict with when they shoot that show, but if you aren’t familiar, it’s always the Saturday before the overnight date episode airs, so just wanted to remind those that have been asking. They show the audience the episode before they bring the girls out, so then it’ll make sense to them why Caila is on stage. Of course, once the girls head out to the after party to get hit on by “Bachelor” alumni, I’m sure Caila will not be appearing in anyone’s social media pictures because they still have to keep it somewhat of a secret.

Your blogs are up from Chris Harrison and Ben. Chris’ Yahoo.com blog is a whole lot of nothing as usual. Ben’s dives a little more into how he felt when dumping Becca. Not a ton of insight, but at least there’s more there than in Chris’.

Also, Nell Kalter has your Vanderpump Rules recap up to view. You’ll see in “Reader Emails” this week, but apparently Kristen Doute is a fan of my column and mentioned it on a podcast this week. Unfortunately, I have no idea who the hell Kristen Doute is. The fact that she’s on that show makes me think she could possibly be a wretched human being. But hey, I’m glad she reads. Tell her I’m a big fan.

Ratings are in from last night, and as expected, the show took a major dip in ratings due to the fact it went up against the Grammy’s. I believe this was the first year the Grammy’s aired on a Monday and it did well in the ratings, so I’m sure they will keep it on Monday’s now, meaning “Bachelor” will have two major counter programming problems they’ll have to deal with every season of the “Bachelor” – the national championship game and the Grammy’s. The show still got 7.1 million viewers and a 2.2 rating, but obviously compared to last weeks 8.5 million and 2.4 rating, the Grammy’s took a chunk of their audience. It was the second worst rated episode of the season behind, you guessed it, episode 2, which was up against the Alabama/Clemson game.

In the video chat last week, I got a couple questions asking if I was doing Insanity again or any Shaun T videos. Actually, I started back with my trainer at the beginning of the year because, well, I basically took all of December off and felt like a pig. But I’ve also found a new toy that’s started to make it’s way into the fitness world that I think will eventually become huge. It’s called the Vasper machine. Rather than me tell you about it, just click on the links here and here. Luckily, I found a place locally called Relevance Total Health that has a machine which I just started using. Feeling a lot more energized, I sleep better, and any time you can get the equivalent of a 2 hr workout in 20 minutes, well, I’m all for it.

Probably the best news to come out of “Bachelor” world last week was Chris Harrison saying in an interview with Glamour Magazine, that he just signed on for 5 more years of hosting the show. Yippee! Guess that means I’m employed for at least another 5 years spoiling and recapping this show. I’m looking forward to continuing this “journey” with them and see how they can try and top themselves each season. Let the spoilers continue…

Did you see last week that Ben was in US Weekly listing the 25 Things You Don’t Know About Me? In honor of that, I figured I’d do my own list to fill people in on some stuff maybe you don’t know about me. If you’ve followed me long enough, you probably know a few of these things. If not, then it’ll be all new to you. Enjoy…

1. I pretty much know every lyric to every song in “Grease 2.”
2. 90% of the movies I see in the theater are before noon on Saturdays.
3. I can count on one hand how many times a random stranger has stopped and asked/noticed I was Reality Steve. That’s a good thing.
4. Growing up, I used to eat a bowl of cereal before bed every night. And not the healthy kind either. Any sugary cereal out there, you name it, I’ve had it.
5. At my first high school formal, I actually went over to my ex girlfriends house and took pictures with her before my date arrived (my ex and I were broken up but we knew we were getting back together after the dance). Neither of our dates had any clue.
6. I was a pretty good high school basketball player. But the second I got to college, I knew I wasn’t nearly good enough to play Div. 1 basketball and my career ended three days after Midnight Madness when I was cut.
7. In college, our group of friends called each other “Endosmoke,” or “ES,” even though none of smoked, did drugs, or really partied. We even had “ES” t-shirts and hats made.
8. The first apartment I lived in after college was a studio in West Los Angeles, cost $550 a month, and had no furniture except for the table my TV was on. I slept on a futon on the ground. No frame, just the cushion.
9. I started working for the Jim Rome Radio Show two days after I graduated college.
10. The only pet we had as kids was a rabbit named Friendly. She died when she got stuck under the recliner. My sister contends to this day it was my fault. It wasn’t.
11. My closest friends to this day are all ones I met in kindergarten, except for one, who I met my sophomore year of college.
12. I was fired from a sports radio station in 2002 for, ironically enough, writing a profanity laced column for a paid website.
13. Every car I ever had from senior year of high school until 3 years ago was some type of Ford model: Mustang, Escape, and Edge.
14. I used to shoot 100 free throws in the driveway before bed every night from around 6th grade til around senior year of high school.
15. I’ve drunk a half a cup of coffee my entire life. Not a fan.
16. I’m still friends to this day with my high school sweetheart and her family. Even went to her wedding. And her sister’s wedding. And she came to my 40th birthday last year (not the one in Vegas)
17. “Beverly Hills 90210” college years coincided with my college years, hence the reason I started watching it then. I never saw the high school years of that show until later on (college years were still the best seasons, so no need to argue they weren’t. Valerie over Brenda every day of the week. It’s not even close)
18. The “Dawson’s Creek” series finale is one of the top 5 series finales ever on television, and I will debate that with anyone.
19. My first celebrity crush (like many others my age) was Alyssa Milano. I may or may not have bought teen magazines to cut out pictures and make a collage of her.
20. I will sing Taylor Swift in the car, video record it, and text it to people I know. I’m sure they can’t stand it but, hey, that’s what being my friend consists of.
21. I was dating a girl pretty much all of 2014 that I never talked about publicly because I have no interest in talking about my personal life in my blog or on social media.
22. My obsession with the TV show “24” is pretty crazy. I know way too much about that franchise, storylines, characters, etc.
23. I rarely ever listen to music in the car. It’s always on SportsRadio 1310 the Ticket here in Dallas, a station I used to work for. When I visit CA, I listen to the sports stations out there and still hear a lot of the people I used to work with/for.
24. I’ve never been out of the country. When I do, I would much rather travel somewhere tropical than to Europe.
25. When I was a kid, I wanted my middle name to be “Rocketship.” I have no idea why.

Sunday night was the Tanner & Jade wedding, and I tweeted a lot of my thoughts while it was airing. Not too much more to share here, but when you don’t start focusing on the wedding part until an hour and fifteen minutes into the show, you realize the show had a lot of fluff. Basically it was a reunion show set to the backdrop of Tanner and Jade’s nuptials. As I stated on the live chat, it’s a wedding. There isn’t much that you can do to really change up a wedding. The wedding portion was pretty much the same as the previous weddings ABC aired. Oh, well except for that part where Jade said after the fact they cut part of their vows…

Our vows were cut, wish you could've heard the entirety of our sharing of vows. @ttolbert05 shared the sweetest things. ?? #JannerForever

You know, gotta make sure we cut the most important part of the ceremony so we can throw Erica Rose up there and tell us how she got knocked up one month into dating a guy and is having a shotgun wedding. Real important stuff (although Erica came out yesterday and ran to a tabloid to make sure everyone knew that they aren’t getting married on May 1st now, they’re gonna wait til after they have the baby. How adorable. True love).

Anyway, with that in mind, I figured I’d make that this week’s poll question: