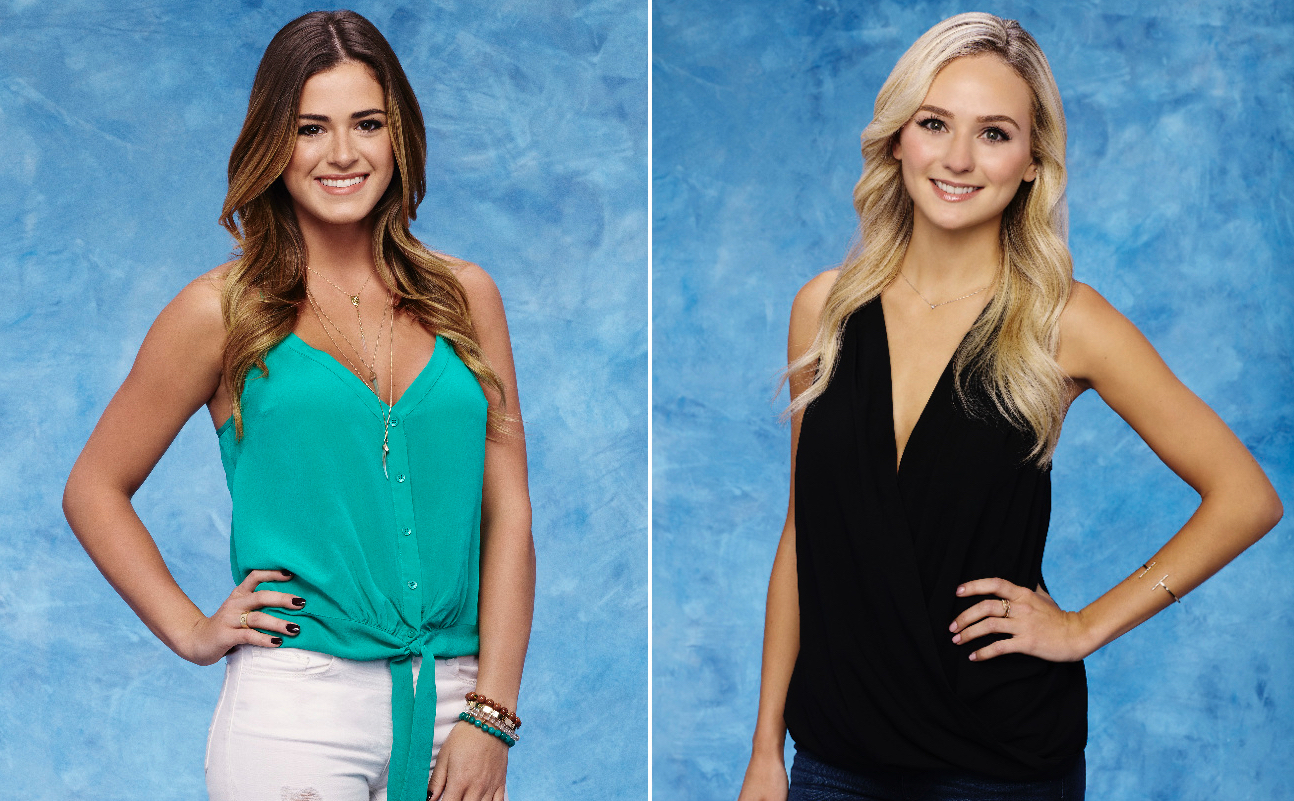 For those asking if Ben and his final pick have already broken up or there’s trouble in Paradise, well, not that I needed People Magazine’s confirmation since I’ve been telling you all season they’re still together, but Ben admitted in an interview on “Good Morning America” this morning that he’s engaged. So this whole two “I love you’s” really isn’t that big of a deal anymore since by the time the finale rolls around, we’ll be almost 4 months removed from the day the proposal happened. (SPOILER): I’m guessing JoJo is over it. Sure, she’ll have questions for him, but I guarantee you the audience of this show is more up in arms about what Ben said than she is. Always keep in mind, and something I drill into your head season after season after season – this is a television show. There’s no need to care so much about people you know so little about. I’m sure it hurt at the time, but JoJo is just fine. I’m sure it doesn’t bother her nearly as much as it did. Oh they’ll make a huge deal out of Ben confronting JoJo at the ATFR for the first time since that day almost 4 months ago, but in the end, he’s happy and engaged to Lauren so ultimately it won’t matter.

As for your “Women Tell All” spoilers, I will have those for you tomorrow. I heard a few things about the taping, but don’t expect a bunch of fireworks or anything like that. Pretty much like all these shows, not a whole hell of a lot happened. But I will get you what I can and post it tomorrow. I know a ton of you tweeted and emailed me pictures from the girls’ snapchats that showed Caila there and were asking me why they’d let them do that since it gives away Caila was eliminated last night. The short answer is, I really don’t think the producers care that much anymore. Also you have to remember that Kaitlyn spoiled her whole season on Snapchat, and they never addressed it. If I had to guess, I’d say less than 5% of their viewing audience is not following these girls religiously on snapchat, so it’s irrelevant. None of them posted any pictures on Twitter or Instagram that gave anything away, and I think that’s what producers care most about. Snapchat isn’t a big deal to them based on what we’ve seen spoiled on it in the past. So yes, while it gave it away, such a tiny percentage of the viewers even saw it in the 48 hrs from when it happened to when Caila was eliminated, they really don’t seem to mind.

Don’t forget to get in your “Reader Emails” and “Dr. Reality Steve” emails for the week. The last couple weeks I’ve had a goal of 10 “Dr. Reality Steve” emails. We had 9 two weeks ago, and 14 last week. Still want to keep the goal right around there. 8-10 every week would be ideal. But it seems like unless I ask for them and beat you over the head with it is the only time we reach those numbers. So be it. Get your emails in or you will NOT be getting any dessert after dinner. And you will go straight to your room.

Emily Maynard’s book comes out today (not to mention she’s pregnant for a 3rd time) and the Charlotte Observer released an interview with her last week discussing it. As I mentioned, I don’t plan on buying Emily or Andi’s book (which comes out in May), but they are books that I fully plan to read while standing in Barnes & Noble. Well, “read” might be a strong word. I will skim until I get to the parts where they talk about “Bachelor” and “Bachelorette” stuff. I don’t care about Andi’s childhood or what not. I don’t care about Emily finding God either. Just point me to the parts where Emily talks about Brad and Jef and I’m good. Which it seems like she most certainly will. Hey, at least Emily is admitting basically the engagement to Jef never should’ve happened, nor did she want it to and told producers so, but of course, producers are always going to win out in the end. Except on Juan Pablo’s season. Somehow they let him get away with not proposing, as he’s the only lead in the last 15 seasons who didn’t have a proposal at the end (DeAnna, Jason, Jillian, Jake, Ali, Brad 2.0, Ashley, Ben F., Emily, Sean, Des, Andi, Chris, Kaitlyn, and Ben H.). So I look forward to seeing what else Emily has to say about Brad and Jef. I don’t expect anything earth shattering or things I hadn’t heard before, but who knows. Maybe she’ll throw a couple nuggets in there to appease her audience.

Ratings are in from last night and down a tad from last week, 8.5 million viewers to 8.1, but still kept a 2.5 rating in the 18-49 demo. In comparison, Chris Soules’ overnight date episode got 8.9 million viewers, but a 2.4 rating. So basically, the show is doing what they expect to do.

Your blogs have been posted. Chris Harrison’s blog of nothing is really becoming a waste of space for Yahoo. Is it just me or when he wrote for EW.com were his blogs a little more in depth? Way to mail it in, Chris. As for Ben’s blog, I guess you’d want to read that one since he talks about his love for two women and wanting to move to Utah so he can marry both. Kidding. I think.

But of course, the best blog to go to is our resident Vanderpump Rules recap from Nell Kalter, who always seems to dissect this travesty of a show like only she can. I may not have seen it, but the recap sure is good. Go check it out.

Now that we’re almost at that time for a “Bachelorette” to be named, it’s time for all of you to chime in. Who would you like to see?