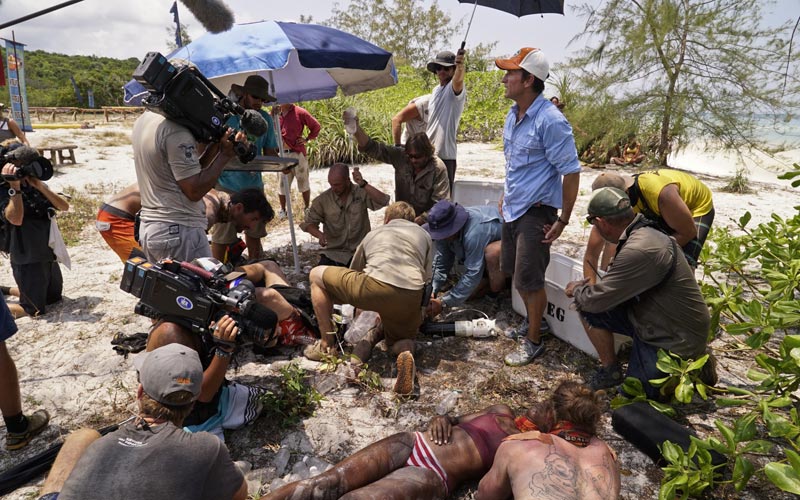 We’re getting down to it. The final days. Now only four more days for everyone to find out what was reported here almost four months ago. I get asked a lot as we get closer to the finale if I’m worried about being wrong, do I get anxious, etc. The answer is no. I’ll be honest, this was one of the easier seasons I’ve had. There’s no rhyme or reason to it. Some are just easier to get information than others. Sometimes the ending is easy, but the ep-by-ep breakdown is harder, and vice versa. But this season, things just fell into place. Had a lot of great sources and there’s zero doubt in my mind the spoiler is right. If you knew the what/how/why/who I know what I know, you’d feel just as comfortable as me. But obviously I can’t share that because I keep my sources protected, so all I can say is the spoiler is right. We’ll talk more about this season and next season’s “Bachelorette” tonight on the live video chat at 9:00pm EST/6:00pm PST. The penultimate episode of the season. We’ll wrap things up next week before taking two months off and returning in May once the “Bachelorette” starts airing. I sure will miss all those questions. Kind of. Maybe. I think. But boy it’s been a whirlwind of a time. Thanks to all those who participated this season.

So on Tuesday, I will be revealing a few of Caila’s guys for this season. At least two or three. Maybe more. Not sure yet, but I will definitely be releasing some of them. I’ll also be telling you about one of the locations I’m positive they’re headed this season in the states. I don’t have the exact date locked down, but it looks like the end of March, beginning of April, so it could be the first travel location of the season, or the second based on their filming schedule. All that coming Tuesday, so look forward to that.

All your “Survivor” links for your viewing. As you know, Bryan Fischer is not recapping for us this season but I expect him back next season. Here are some ones to hold you over for this season that will be here every Thursday as long as they’re posted by the time my column goes up. Really interesting interview with Caleb, who says the Cambodian doctors were surprised he didn’t die:

“Women Tell All” was Monday night, and Molly Hawkey was there. Oh, you may not have seen her, but she was definitely there. Just backstage. I think.

Eleven “Dr. Reality Steve” emails today. Woo hoo! Start getting next week’s batch in now since it’ll be the last one for a couple of months. Maybe we can hit 15 and all have an ice cream party. Or something like that. A few shorter ones this week, but that’s ok. Always interesting to hear what dilemma’s people are in. Emails start on the next page. Enjoy…