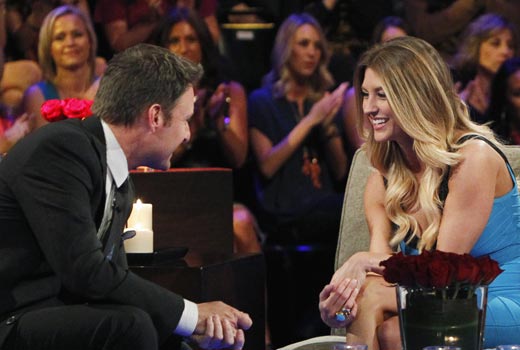 Ahhhhh, that was a nice little getaway. Granted, the craps tables could’ve been a little bit nicer to me, and it would’ve been nice if Buddy Hield could actually make a shot, but overall, a great last week away from all things “Bachelor/ette” related. Then again, I’m always “on call” so at any time I can get an email/text/phone call regarding something from this show, and this weekend was no different. The good thing so far about this season is that basically nothing is getting spoiled on social media, unless you include what Fleiss is doing (more on that later). However, we’re on episode 5 now, and outside of JoJo’s 1-on-1 with Luke Pell last week at the Dan + Shay concert, there haven’t been any social media sightings of the show. Doesn’t mean I don’t have pictures from two of the group dates though. I just haven’t released them yet. I’m still trying to confirm everyone in the first picture from the “sex stories” date (I’m sure I’ve got 8 of the 12 guys), and then the football group date the pictures are too blurry and far away, but I was made aware of what happened on the date. I’ll release those later this month sometime. As I mentioned last week, I heard they were going to Uruguay and Thailand at some point this season. My guess is they’re in Uruguay right now. I haven’t been able to confirm or deny that yet because I’ve been off the grid the last few days, but I’ll get back to it today. If I had to guess, I’d say they’re in Uruguay for episode 5 right now with the rose ceremony tomorrow night. So that’s where we are with JoJo’s season. Still plenty of guys I haven’t released yet, which I will get to in the coming weeks. Be patient.

However, one thing that was brought to my attention this weekend I’m sure you’ll find interesting. I was told something on Friday, then something different but related to the same topic again on Sat night/Sun morning, then when Chris Harrison tweeted out this picture on Sunday, it all came together…

Seems innocent enough, right? We’ve seen him tweet out and IG pictures with former contestants a lot of the time. However, there’s more to this story than Chris is letting on. In the picture, he’s acting like he just randomly ran into AshLee at the Munch Mania Celebrity basketball game this past Sunday in Houston. Lets just say that wasn’t a random run in. Friday night, Chris and AshLee were seen together at the Local Pour in Houston, and then the next night, Chris and AshLee were seen together at a birthday party in Houston for friends. So no, Sunday wasn’t just some random run in. They’d spent the weekend together in Houston. He’s just making it seem like a random run in on Sunday. Not quite.

Now, this isn’t unheard of for Chris. And AshLee for that matter. After she was off Sean’s season of the “Bachelor” but before “Bachelor in Paradise,” there were rumors about these two, even to the point of AshLee admitting she would date him if he asked her out. Not to mention, even before AshLee came about, I’ve said this a few times on the video chats over the years when asked, and any Google search will show that Chris Harrison was once involved with Selma Alameri from Sean’s season as well. Oh sure, Selma denied it to magazines as you’ll see when searching, but trust me, they were absolutely dating. Plenty of people in the “Bachelor” world were aware of this. So yeah, it’s not far fetched to think that Chris is after AshLee now.

But you gotta remember, this is the “Bachelor” world, and the term “dating” is used very loosely. I have no idea what these two are. Exclusive? FWB’s? On the verge of getting engaged? Hell if I know. I’m just here to tell you that the picture he posted Sunday of “running into” AshLee at a charity event is a lie. They were with each other both Friday and Saturday night before that picture ever surfaced. So make of it what you will. Hence the reason the title of today’s column says “is” and not “are.” I really don’t know what they are. I just know they spent three days together this past weekend in Houston and, well, usually you don’t spend a weekend with someone you aren’t interested in. I’m very proficient when it comes to math and I know what 2 + 2 is, so, I think it’s safe to say I can kinda see what’s going on here. But who knows? Maybe it was completely random that these two were in the same place at the same time for three straight days. Funny how that works out, huh?

As for Mike Fleiss and his incessant tweeting about JoJo’s season, I keep getting sent articles about “Is Mike Fleiss trying to put Reality Steve Out of Business” and people emailing asking me why’s he doing this? The answers are “no” and “because he can.” Again, what exactly is Fleiss doing this season that’s spoiling anything? Ask yourself these questions:

I could go on and on but you get the point. The answers to all those questions is no. He’s giving you the bare minimum of what he can give you. If the show was trying to put me out of business, then they’d be revealing the first and last names of every contestant immediately, and before the season starts, the ABC.com website would have an episode-by-episode breakdown of everything you’re going to see on the season. Are they ever going to do that in a million years? Of course not. They aren’t going to spoil their own show. All he’s doing is giving you the smallest breadcrumbs he can to keep you invested in the season without actually telling you anything major about what’s actually happening during the season. A 2-on-1 date is coming up between two guys that don’t like each other? Ummmm, a 2-on-1 date happens every season and it’s usually between two people that don’t get along in the house. Again, nothing new. So lets just keep things in perspective when talking about Fleiss’ tweets. He’s giving away nothing.

Last night, he actually tweeted out this picture…

That’s about the closest thing to a “spoiler” he’s given out. However, two factors here: he didn’t tell anyone the guys name, and, it was a picture from when they were still in LA. I know this guys name and I can tell you he was on the “sex stories” group date. But is he still around in episode 5? That I don’t know. There are a few things I don’t know this season, but we’re only 2 ½ weeks into the season. This is par for the course. Nothing to be alarmed about. As mentioned earlier, there are plenty of guys who are on JoJo’s season that I haven’t even released yet. It’s a slow progression, but I’m enjoying the fact that very little is getting out on social media. Just makes things more interesting for the reader when I release the episode-by-episode spoilers, which I hope to do before the season starts. I know everyone needs to know everything that’s happening four seconds after it happens, but it doesn’t work that way on this site. Sometimes you’ll find things out right away, but everything? I’ve never done that because I can’t. Some things I just don’t know yet, and some things I have to hold on to.

Tomorrow I’ll return with “Daily Links” and we’re back on schedule with those every day until JoJo’s season premieres on May 23rd. So keep it here for the next month or so for all your “Bachelorette” information and other things going on in “Bachelor” land. You know, like Chris Harrison pretending like he just randomly ran into AshLee Frazier over the weekend. Sure he didn’t.