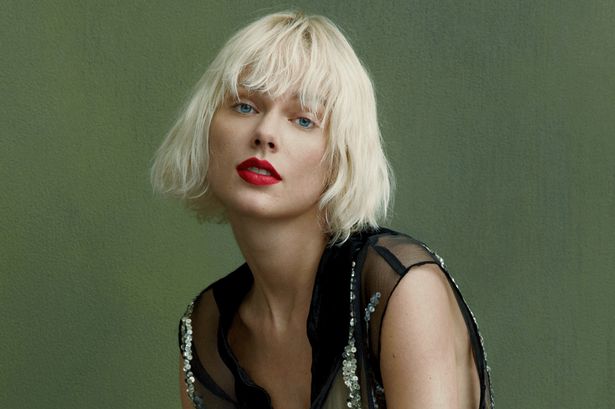 Hometown dates for the “Bachelorette” begin today. I know 3 of the 4 hometowns, but I don’t know what order they’re going in. Maybe something will get spoiled on social media today regarding today’s hometown. Follow me on Twitter for any information I get and I’ll retweet it. When I get confirmation of who the 4th guy who’s getting a hometown is, I’ll let you know. It’s been an interesting season so far, and they definitely did something they’ve never done before. I think this week I’ll be releasing my annual “teasers” for the season of stuff you can expect to see. Funny thing is a few of them are things we’ve seen in the past. I’m not gonna reveal the answers right away since I like when everyone guesses and 98% of the guesses are wrong. Which they should be because, well, that’s why they’re guesses. Not to mention, there’s still 10 guys this season that you don’t have yet, not to mention very little has been spoiled on social media, so, you are in for a lot of information that you don’t have once it gets revealed. So look forward to the teasers either the end of this week, or the beginning of next week. Just something to hold you over until I give you the whole enchilada. Why do we use enchilada like that? Of all the foods in the world, somehow enchilada has shoe horned it’s way into the English language when describing to give someone the whole thing. Weird.

-Glamour.com has your DWTS recap from last night. Even though Ginger and Wanya are good, it’s a no brainer that Nyle is going to win this season. C’mon, really? Is there any debate at this point? We know how much of a popularity contest this show is. He’s male, he’s deaf, and he’s the best dancer. Good looking males have always done well on this show due to the fact that, well, women are the majority of voters. Makes sense. Same goes for Idol. When teenage girls make up a majority of your voting base, good chance a male will win most of the time.

-Iggy Azalea responded to critics by saying he even though she was recently seen without her engagement ring on, she’s totally still with Nick Young and they’re still getting married. Sure you aren’t. Iggy can put on whatever happy face she wants for the public regarding this situation, but I think we all know these two will never walk down the aisle. Usually not wearing the ring is the first sign of things to come.

-Speaking of couples that won’t make it, Kendall Jenner and LA Laker Jordan Clarkson have their little cute thing going now. However, I couldn’t help but giggle when I saw this story’s headline: “He’s Really Into Her.” Oh what a play on words, People. I’m sure he is. Here’s the problem: she isn’t really into him and will move on to another rapper/athlete within the next 6 months. And probably someone on the Lakers roster.

-If you’ve read me long enough, you know that I don’t want to know any spoilers about any other shows other than the “Bachelor” franchise – especially “Survivor.” So when I saw this headline, I definitely didn’t click on it. So I have no idea how much of a spoiler it is, but it sure seems like CBS gives something away about the “Survivor” finale in their press release.

-Hank Baskett actually told Kendra after he was caught cheating to basically go play around with other guys, basically making a pre-emptive strike since she knew she probably would. Or felt that was some sort of compromise for him being attracted to transvestites. Don’t worry Hank, you probably didn’t even need to give her a hall pass. She knew. I’m sure she beat you to the punch.

-There really is no reason for this story to be a story other than for people to view Kendall Jenner’s nipples at Coachella. Then again, if you weren’t showing your nipples at Coachella, isn’t that more news? I’m not sure what the fascination is with Coachella, but it flooded my Instagram and Twitter feed this weekend and it was incredibly annoying. I know it’s more of a chic Hollywood thing to do, but seriously, looks like a complete waste of time.

-Chris Brown has a documentary out where he opens about his abuse of Rihanna saying he felt like a “f***ing monster.” A monster might not be a strong enough word there, Chris. We all saw the pictures of her face. I’d say monster is being kind. But think what you want. His career has basically never been the same, right?

-The Ian Ziering/Cheryl Burke feud rages on – sort of. I don’t want to say Ian directly references Cheryl Burke’s claims that he was the worst partner she ever had directly, but he definitely made reference to them in a tweet to someone else. He knows what she said. So he’s taking the high road, which is very un-Steve Sanders like.

-Cheryl also dished some dirt on some behind-the-scenes DWTS life in another interview. Is Cheryl looking for work right now? Why is she all the sudden a lightning rod for gossip circles? She must need a paycheck soon because as much as we all love some good gossip, Cheryl Burke doesn’t exactly scream out to me as someone I want to hear it from. Just bizarre.

-Although I’m still trying to erase Taylor’s new platinum blonde garbage hairdo from my memory, I knew my day was going to be immediately better when Vogue did a 10 minute video interview with her (pre hairdo) in her house and I found out 73 new things about her. Can they produce one of these every day? I’d really appreciate it. Like, maybe her address. And her phone number. And where she likes to hang out. You know, just in case I’m in the area and I want to say hi. That’s not creepy at all.

-And finally, nothing better than a good ol’ TV feud off camera. I love stories like this. There isn’t enough of them, even though we know in the past, PLENTY of TV series actors hated each other behind the scenes. The latest? Castle. It was announced yesterday that Stana Katic, one of the two main co-stars, won’t be returning if there is a season 9. Seemed kinda weird no? I mean, the show is based around her and Nathan Fillion’s character. Well, it’s because they hate each other, which always makes for a great work environment. By the way, I haven’t seen an episode of this show in my life. Probably because it comes on right after the “Bachelor” and I’m writing. But hey, good luck to a season 9. If there’s a cancellation, you can pretty much pencil in “Bachelor/ette Live” and “After Paradise” next season.

Daily Links 4/18 incl Who is This Season’s Villain?
Daily Links – 4/20 Incl an Update on Hometown Dates
To Top