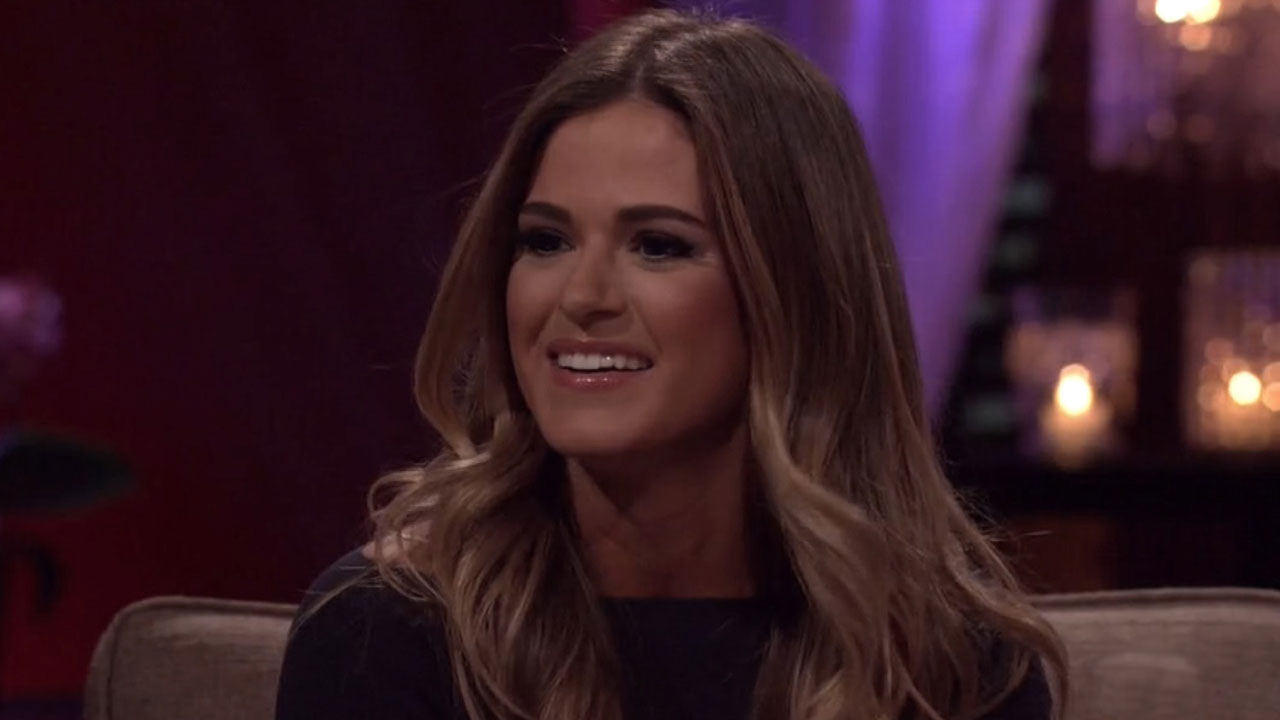 Although there was no column Friday, a lot of action over the weekend in “Bachelorette” world as we had our 2nd and 3rd hometown dates, although with a slight tweak to them in the schedule. As you saw on Thursday, we had JoJo in Jacksonville, Florida for her hometown date with Robby Hayes. I had tweeted pics of the crew setting up at his parents house, and on Tuesday they were filming the day portion at Aunt Kate’s restaurant. Well, apparently I shouldn’t have done that because production changed the location once I leaked it. I’m not sure why, since in the past I’ve had seasons where I released where and what day the final four hometown dates will be shot before they even start filming them and the schedule was never changed. So I thought it was weird they moved away from the Aunt Kate’s filming during the day on Thursday. So I figured they moved it somewhere else, Friday she’d be off to her next place, and Saturday would be hometown #3. When pictures started showing up Friday afternoon of JoJo and Robby together in downtown Jacksonville, that definitely threw a mini wrench into scheduling, since hometowns are always shot in one day, with an off day in between each one. Now we had photo evidence of JoJo in Jacksonville Thursday AND Friday after Chase’s hometown in Castle Rock, CO on Tuesday. So what happened?

Here’s what I was told: It had nothing to do with giving JoJo more time with Robby, or Robby getting any favorable treatment. I was told that certain equipment never arrived on time that they needed for Thursday, so they pushed it back to Friday. Simple as that. And since the next stop on Saturday was for JoJo to just fly in to Austin for a hometown date in Burnet, TX with Luke Pell, I guess it wasn’t that big of deal. Anyway, here were all the pictures from the day portion of JoJo and Robby’s hometown date in Jacksonville, FL. They took a horse and carriage ride first, then were at Cap’s restaurant before getting on a little boat right off the docks. Still not sure why they wouldn’t just push Aunt Kate’s filming to Friday if they were waiting for equipment, but whatever. They were definitely set to be there Thursday until it leaked. Damn. I should’ve waited til Thursday morning to post they were gonna be at Aunt Kate’s so they couldn’t have changed locations so quickly. Oh well. I got plenty of pictures and even a video of them at Cap’s so I guess it didn’t matter in the long run.

Then on Saturday, I received a couple pictures of JoJo at the Atlanta airport getting ready to board a flight to Austin, TX that I shared…

This was for hometown date #3 with Luke Pell in Burnet, TX that was filmed Saturday night. After telling you last week that Jordan Rodgers was definitely getting a hometown but I didn’t know what day it was, we now have the final four confirmed. Luke’s was the one I didn’t know about. I knew it wasn’t Wells Adams since he’s been back on the air in Nashville for the last week or so, and I knew it wasn’t James Taylor. Was pretty sure it was Luke based on process of elimination but had no information that specifically told me it was him. Well, that was confirmed Saturday when she was headed to Austin. Jordan Rodgers’ hometown date is today in Chico, CA, so that makes your final four (in case you forgot): Chase McNary, Robby Hayes, Luke Pell, and Jordan Rodgers.

One final thing, and that was this tweet that I sent out on Saturday night…

And oh yeah, this season is all sorts of f***ed up.

I will never tweet something and not follow up with it. I always do. But not today. There are a few things that I’ve been made aware of about this season that I need to see how it plays out first before bringing the narrative forward. I’m sure the show doesn’t think I have any clue about some of these things, but I do. However, this is probably going to be another situation where I’m not going to be able to visually prove anything. But I think I’ve built up enough credibility with the site, not to mention the information isn’t all that far fetched to believe anyway, and I stand by everything I ever post in my column. This will be no different. The show will present you their version of whatever they want, then it’s my job to tell you what’s really going on behind the scenes. You’ll find out eventually, but I need to see how this plays out because there’s basically two narratives happening right now, and I wanna see which one they go with. This will all make sense when I finally reveal it to you, but yeah, it’s pretty f***ed up if you ask me. As I say every single season at least 1,000 times: This. Is. A. Television. Show.

-Apparently last week was the third time Dean McDermott proposed to Tori Spelling, which probably equates to how many times he’s f***ed up in the marriage because, yeah, why? This time it was in Paris which made it all the more romantic I guess. Granted, it still wasn’t more romantic than David Silver’s proposal to her and their subsequent wedding, so maybe that’s why Dean feels so inferior in that marriage. He can never live up to what David and Donna had. Sorry Dean. Maybe you should go off and cheat again in plain view of others.

-If Ariel Winter was an A cup, she wouldn’t be getting nearly this much attention, right? I know about the whole breast reduction thing and what not, but twice this weekend we get pictures of her at Coachella in a bralette. And by the way, I learned something new this weekend. I had no idea those were called bralettes. So there’s that. I feel so informed now. Like I’ve been missing out.

-Still no word on the significance of Jodie Sweetin’s ankle injury for tonight, but judging by this video from practice last week, it doesn’t look good. Looks to me like Keo’s full body came down on her ankle while it was facing up. That can’t be good. Guess we’ll find out tonight.

-Beyonce had some Lemonade this weekend, and the internet freaked out. I didn’t watch it, didn’t read into what it was all about, but apparently it was a big deal. Then again, it’s quite possible Beyonce could sneeze and US Weekly would run an exclusive story on it. Because her snot would probably come out gold.

-So after all the hullabaloo last week on the Kelly and Michael rift, and they hate each other, and they’ll never work together again, Kelly sends an email to staff late Friday saying she’ll be back to work tomorrow. So much for a rift. Unless they’re just gonna put on a happy face for each other until September when he leaves. But the way the stories made it seem last week, it’s like they couldn’t be in the same room with each other for more than 4 seconds. Either way, I won’t be watching. Why start now?

-NWA reunited for the first time in 30 years at Coachella over the weekend, and the 8th grade me went crazy. Although if you were to tell me I could see NWA perform live again, but that it would have to be at that cesspool of garbage called Coachella, I’d probably pass. No thanks. I’ll just break out my old cassette singles and CD to listen. You see, cassette singles were these things that…

-As insufferable as I find Chrissy Teigen to be, having to deal with nonsense like this is just stupid. Every single person that wrote a comment under that picture should lose all privileges to social media for one year. That’s my penalty for it. How embarrassing.

I went to dinner. People are pissed. Good morning! pic.twitter.com/oQ54mtet8c

-Last week’s “Survivor” castoff Scot Pollard spoke with the media about being blindsided by Tai. He does have a point. If their three were controlling the game and were almost guaranteed to final 3, Tai would be sitting there with a millionaire who no one would vote for, along with Jason, who doesn’t seem like anyone liked either. Tai would’ve been a shoe in to win. Lets see if this strategy ends up biting him in the ass.

-And finally, Lil’ Kim now looks like a completely different person. Like, is that even the same person? I thought it was a joke. Outside of the mole above her lip, if the headline didn’t read what it did, I wouldn’t have had a clue that was Lil Kim. I think she and Sammy Sosa probably hang with the same skin doctor. Whatever floats your boat Lil’. No idea why you did that, but frankly, it looks hideous.

Daily Links – 4/21
Another Confirmed Contestant, Jordan’s Hometown, & Some Teasers for the Season
To Top