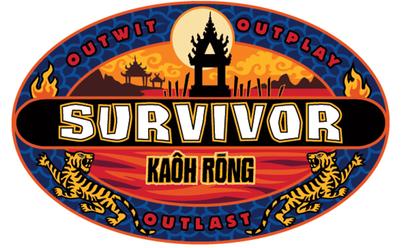 The NFL Draft begins tonight and runs for the next three days. Last year for the first time, the NFL decided to do Rounds 1-3 in prime time, with Round 1 on Thursday night, and Rounds 2-3 on Friday night before relegating Rounds 4-7 on the weekend. Look, I’m a huge NFL fan. Don’t have a favorite team, but I’m pretty much glued to the games every Sunday for fantasy and gambling purposes. With that said, the hype surrounding the draft is utterly ridiculous. Everyone will post their mock drafts today that they’ve revised 50 times in the last couple months, and in the end, they’ll be wrong on about 90% of the picks. Not to mention, the actual draft means absolutely nothing. Until these guys start playing, what does it matter? You might be all excited for your team to pick some guy tonight, yet the second he throws a pick in the 4th quarter, or has a key fumble, or misses a tackle, you’ll boo him mercilessly. And on the flip side, some guy that you never watched once in college that your team drafts late tomorrow or on Saturday will end up being productive and you’ll love him when he starts playing. However, the NFL is king and they can do what they want to do. I just don’t buy into tonight. It’s a lot of bells and whistles with no substance. Just get me to Sept. 8th when Carolina opens in Denver in a rematch of the Super Bowl to kick off the season, then I’ll be excited.

-This was an interesting little blurb yesterday I read on celebrities losing their virginity. Pretty much for the fact that almost every female who answered lost their virginity under the legal age of consent. Impressive. I’m sure that’s the message we want out there. Not to mention Lil’ Wayne didn’t even answer the question and said the girl he lost it to was 13. A horrible idea for a column gone wrong. Might wanna delete that one US Weekly

-I’m sure you’ve seen this video by now because it’s gone somewhat viral, but if you haven’t, take a look. It’s random strangers being forced to read the hate tweets that two female journalists received right to their face. The people reading the tweets weren’t the ones who sent them, which makes it even more riveting. Happens all the time on social media and it’s a major example of why internet trolls are basically the worst human beings ever.

-You might’ve seen me retweet this yesterday, but 24: Legacy has officially been picked up by Fox. We knew back when this was announced that Kiefer would not return to the role of Jack Bauer, but, now we find out he’s actually going to produce some of it? Really? But he won’t make a cameo? C’mooooooon. Of course I’ll watch it because it’s “24,” but it just won’t be the same. Side note: I was actually given the pilot script randomly in an email for 24: Legacy but I refuse to read it. I don’t want to know anything going in. (Ok, fine. I read the first page and that was it. I’m in).

-Britney is dealing with some legal drama that stems back to when she had that wacky manager running her life. It reveals a lot of the dark stuff she was dealing with back when she went cray cray and shaved her head and chased the cops with an umbrella. I said it at the time that I didn’t think it was gonna end well for her. Glad she was able to recover from it and live a normal life in the meantime. I still have vowed to see her show in Vegas at some point. It’d be nice if someone didn’t cancel on me when we were set to go, but, I guess that’s asking too much of people.

-There going to try out co-hosts all summer for “Live!” so Kelly can inevitably pick one of her friends to be on the show. I’m sure Chris Harrison will get a day or two in there as the host. But we all know it’ll end up being Anderson Cooper or Andy Cohen, so the summer search will all just be window dressing.

-The University of Washington cheerleading squad took some heat for promoting this poster leading up to tryouts for next season. Really? I don’t think that’s nearly that bad when you take into consideration what a thankless job it is to cheerlead for any team, especially in the pros. That poster is very generic. Why don’t you ask NBA & NFL cheerleaders what life is like and how they’re treated and the “tests” they have to pass before each game and then you can get back to me on if you think that poster is really that bad.

-As mentioned on Monday, I did not watch Beyonce’s “Lemonade” so I have no idea what it’s about. But all the craze seems to be surrounding this “Becky with the good hair” so here are your best conspiracy theories floating around right now of who/what that could be, even though it’s probably nothing.

-ABC is going nostalgic this summer. In addition to “Celebrity Family Feud” (which I’m sure will have another “Bachelor/ette” episode), they are bringing back the “$100,000 Pyramid” and Alec Baldwin will host the “Match Game.” As long as he does his Charles Nelson Reilly impression every episode, I’m good with it. Is Ruth Buzzi gonna be on it?

-Kylie Jenner has a new swimsuit line that I’m guessing will generate a gazillion dollars from all the teenie boppers who idolize her. I’m surprised these suits aren’t just one piece of string that rides up your crotch and just covers your nipples. Although, they aren’t much more than that. Only a matter of time before her lingerie line comes out if she already doesn’t have one. Or is that Kendall? Hell I don’t know anymore.