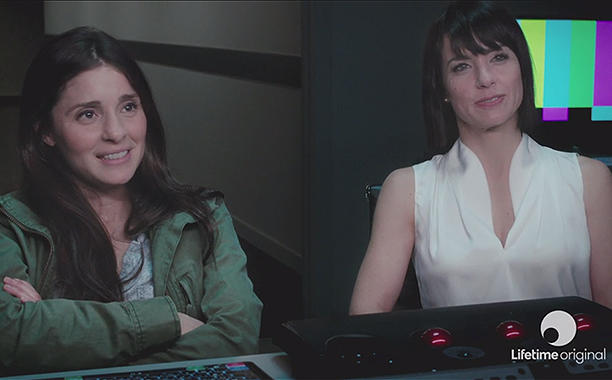 In case you missed my tweets on Saturday afternoon, I was able to confirm that indeed the overnights and final rose ceremony began taping this weekend in Thailand. Not bad. 3 for 3 on locations this season. I only point that out because, lets be honest, my locations every season are hit and miss. Those are a lot harder to find out beforehand than other spoilers. I think the only other season where I had every location laid out before they went there was Ben Flajnik’s and that was because, well, that’s a great story that I’ll probably never be able to tell. Anyway, this season I’d heard three places they were headed, but didn’t know when: Nemacolin Woodlands Resort, Uruguay, and Thailand. All three ended up happening. Buenos Aires was the only spot I never heard they were going. So within Thailand, the overnight dates episode is happening in Hua Hin, about 2.5 hrs from Bangkok. Then for the final rose ceremony, they are going to Phuket (no, not pronounced how you think it is). Only one other finale was filmed in Thailand before, and that was Sean and Catherine’s. Ashley’s season spent two earlier episodes in Thailand, but that’s been it. As for who the final three are, I’m not 100% sure. I’m hearing things, but nothing definitive enough to run with. When I do, I’ll let you know.

-We all know how easy it is to do what they call “frankenbiting” in the reality TV world. Where they take parts of someone’s sentences and mix them up to form a completely different sentence that is opposite of what the person said, thus creating drama. Well, we are about a month away from UnREAL season 2 beginning (June 6th), and their first promos for the season revolve around frankenbiting. So if you didn’t already know before, now you see how easy it is to create characters on the “Bachelor/ette.”

-Tonight is the 2016 Met Gala which is basically just another excuse for the elite in Hollywood to throw a party they can all attend together and have their outfits splashed all over the magazines. One good piece of news though is that Taylor and Selena are going as each other’s dates. Did I mention I’m taking my niece this Friday to Selena’s opening concert of her new tour at Mandalay Bay in Vegas? Yeah, she’s fired up. And maybe I am a little too. Maybe. Ok, fine. I’m giddy.

-You know who’ll never be a contestant on the “Bachelor?” Courtney Stodden. Probably because she’s at a level of hot mess that is pretty unreachable. Just ask her mother who thinks the devil is all over her daughter. To call the Stodden’s dysfunctional would be a disservice to all dysfunctional families out there. They’re in a completely different league.

-If internet trolls weren’t bad enough, Amy Schumer had to deal with one live and in person over the weekend. I’ve never been star struck since I passed the age of, oh I don’t know, 10 years old, so it’s really hard for me to relate to people who act like this. Really? You needed her picture that bad where you were a complete jerk about it? I don’t blame Amy at all for this. And of course she’ll still take pictures with fans. Just not the lunatic idiot ones like that guy.

-Speaking of Selena’s tour beginning Friday, she says that this one will be completely different from the last one she did 3 years ago and that she just wants to show people she can really sing. I never went to her other one, but I did buy my niece tickets since that was her first concert ever. Is it going to be uncomfortable for me this weekend when Selena is half naked up on stage writhing around getting dry humped by men during “Can’t Keep My Hands to Myself?” Please tell me no.

-There was a mini “Friends” reunion this past weekend in London when Matt LeBlanc went to see the play that Matthew Perry was performing in. I’m sure this had “Friends” fans freaking out everywhere. Did David Schwimmer go? You know, just so he could re-live the time where he said the wrong woman’s name at the altar when he was getting married? Because of course, this is real life stuff.

-Even though these two can’t stand each other now, Kelly and Michael won a Daytime Emmy over the weekend. However that isn’t really the point of this story. You know what’s funny? That the Chris Harrison hosted “Who Wants to be Millionaire” was nominated in the Best Game Show category. He’s been hosting the “Bachelor” franchise for over 10 years and over 30 years, and that show won’t come close to sniffing an Emmy nomination, yet he’s on “Millionaire” for one season and it gets nominated.

-This story is flat out disturbing. A guy had sex with a grandmother, killed her, grabbed a bite to eat, then went back to have sex with the corpse. There are some truly f***ed people in this world.

-The “Real Housewives of Dallas” ratings have been in decline every week it’s been on the air. Gee, I can’t imagine why? The storylines are as boring and forced as you can get, and one show centered around a fake poop prank. Can’t imagine why people aren’t flocking to TV gold like this? This is the first “Housewives” franchise I’ve ever watched and now I know why. These people just don’t interest me and it’s so obvious these storylines are force fed to them and they just ham it up for cameras. It’s all about building a brand nowadays.

-And finally, ARod showed off his Florida home to some magazine since, I guess, his ego needed to be fed a little bit more. This quaint little 11,000 square foot home sports a sick pool. What they didn’t cover in that piece is if he has a guest house where he stores all his mistresses. That I’d be curious about.