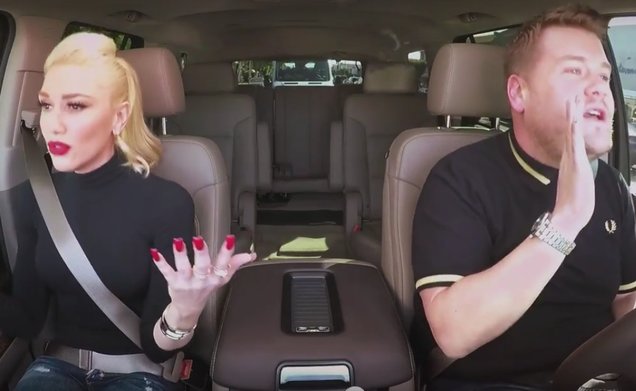 Can I just say how awesome it is to have “The Challenge” back on the air? Seriously. Like they could produce 50 more seasons of that show and I’d watch every single one of them. I’ll never get tired of that show. There was a few year run where I just stopped watching. I can’t remember how many I didn’t see, but I’m glad I’m back on board. Even if you don’t watch the “Real World” anymore, it’s still an easy watch. You pretty much know right away what the conflicts are because they recap it all in the first episode with many flashbacks to past seasons. Now, “Rivals 3” that started last night is taking quite a few liberties with the word “rivals.” C’mon. Vince has been on one season and he said a couple mean things to Jenna. That doesn’t mean their rivals. But since Jenna is basically the queen of the “Challenge” now, and Vince is good TV, they had to figure out a way to get them both on a season. “Oh, I know, lets just pair them together and pretend they’re really rivals.” Outside of Bananas and Sarah, are any of these couples really rivals? Of course not. But will I watch like a hawk every single week? You bet your ass.

So, I’m in Vegas this weekend taking my niece to the Selena Gomez concert tomorrow night, not returning home til Tuesday, so Wednesday will be the next column. The only major news that could possibly break in that time is the release of the guys bios on ABC.com. I expect that Tuesday or Wednesday next week. I mean, I guess it could come today, but I doubt it. You’ve got 21 of the 26 guys already, and without being 100% sure but pretty close to it, I think the 5 guys that I don’t have were all eliminated on the first night. There might be one that wasn’t. There’s still one I’m trying to find out info on. But the bios are always fun to get because we get to see the canned, ridiculous answers some of the guys come up with to the questions asked. So if that’s released before I get back, I’ll tweet it out. Filming should be ending mid next week, and hopefully I’ll hear something shortly thereafter. Until then, enjoy today’s column and I’ll talk to you soon.

-Swoon time, girls. Channing Tatum released a video yesterday saying Magic Mike is coming to Vegas. Now I don’t think he’ll actually be a part of it (or will he?), but in case “Thunder Down Under” doesn’t do it for you, here’s another male revue show for you in Vegas, since they don’t already have enough as it is.

-If you’ve never seen “Space Jam,” the cartoon movie with Michael Jordan from the 90’s (which I haven’t), just know that there is going to be a sequel, this one starring Lebron James. Well, at least we know Lebron has some acting chops after seeing him in “Trainwreck” last summer. He was actually pretty funny. Acting along with Bugs, and Daffy, and whoever else? Can’t say I’m overly excited.

-Well, I can scratch that one off my list. Kate Upton got engaged to boyfriend Justin Verlander of the Tigers over the weekend. Justin was so excited about it, he went out in his next start and got lit up by the Indians, who are now 5-0 against the Tigers this year, going for sweep #2 against them today. I’m glad being an engaged man has had such a profound effect on Verlander’s stat line. I’m sure his teammates are thrilled. Then again, they probably all saw her nude photos in the celebrity phone hacking scandal last year, so they’re good.

-I know it was on Monday, but I haven’t done “Daily Links” in two days due to “Bachelorette” goodies. But can we talk about Taylor Swift’s look at the Met Gala? No. Just no. I mean, she’s had the short hair now for over the month, so I’m kinda getting used to it now. But that platinum blonde with the black lipstick? Just stop. Looks horrible. Hopefully this was just a one night thing and she isn’t going to turn into a goth chick. Her fans might have a conniption.

-You know what I constantly am asking for in the world of television? More talk shows. You know, because we don’t nearly have enough. Well, you can add another one on to that list as Amber Rose is getting one. Who isn’t clamoring for Amber Rose to have her own talk show. Man, I can’t wait to hear what she has to say about things, said no one ever. Consider this show a success if it lasts past more than one season.

-Even though I didn’t think this was possible, or healthy for that matter, Janet Jackson is pregnant at age 49. Isn’t she looking at serious health issues? Like, don’t they tell women to try not and conceive after mid 40’s? Someone alerted Janet to this, right? Now she’s gonna be 50 giving birth? Oh boy.

-There are fans of the “Frozen” franchise that want to give Elsa a girlfriend in the sequel. They’ve even started a campaign for it because, you know, things like that always work. I mean, I haven’t seen ALL the Disney classics, but I don’t think any of them have same sex relationships in them, and nor do I think in a million years that their most lucrative franchise would go that route. But hey, that’s just me.

-And finally, James Corden’s carpool karaoke last night with Gwen Stefani added two surprise guests halfway through. Good luck trying to get “Hollaback Girl” out of your head today. I’ve been singing it all morning: