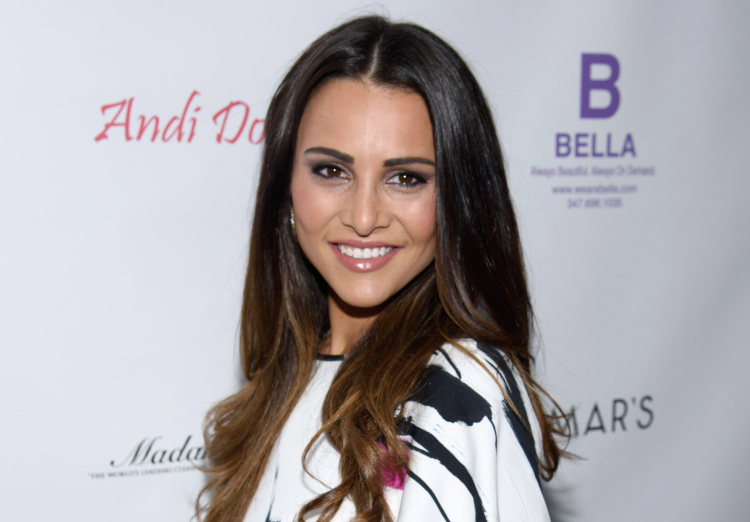 Lets just say that my niece was giddy over seeing Selena Gomez on Friday night. First concert of her tour, we had great seats, and if you saw my Twitter feed that night, I think I may have been more excited to sing along to “Cake by the Ocean” than anything else. Too bad we missed the afterparty where Selena was all over Orlando Bloom. Missed that one. All in all a fun trip. You know what I did that I hadn’t before as well? Went on the New York New York roller coaster. Outside of Disneyland (and Valleyfair in MN), I really haven’t been on any other roller coasters in probably 20-25 years. Haven’t been to Magic Mountain or Knotts Berry Farm since I was in high school. But damn if that NY NY roller coaster didn’t make my stomach drop a couple of times. I think I was more bothered by neck constantly banging against the neck brace. Fun times I tell ya’. Olivia basically wants to go back to Las Vegas all the time now. It’s scary. However the good thing is, it doesn’t look like she’s taken any interest in the gambling aspect of Vegas yet, so that’s good. She doesn’t understand it. Probably best. Although Nicholas thinks “craps” is the funniest name ever for a game. Gee, can only imagine why. A 9 year old boy finding the word “craps” funny? No way!

I haven’t been on here since Thursday, so lets try and figure out where we are in “Bachelorette” land. The final rose ceremony was either yesterday or it’s today, depending on if they took an extra day off there in the middle. I obviously haven’t heard anything yet, but I hope to soon. As I said last week, I have a feeling I’m gonna know the ending before I get the episode-by-episode details, so I’ll post those first as soon as I know the ending and how it plays out. As for what I referenced a couple weeks back about two narratives for the show and waiting to see how everything plays out, that still stands. You will know what I was talking about because I will explain to you what I know.

I would expect the guys’ bios to come out on ABC.com either today or tomorrow. In the meantime, to take a look at 21 of the 26 that have already been released on this site over the last 2 months, just click here on JoJo’s Guys. I haven’t put together their bios yet, but here’s two more guys that are on the show:

So only missing 3 guys that I assume I’ll be able to find within a few minutes of ABC releasing all 26 bios. Not that hard. 23 out of 26 this season ain’t bad. I’ll take that.

Well, for months we knew this was coming and today we got our first teaser of it. Andi Dorfman’s book “It’s Not Ok” hits stores next week, and today a couple of excerpts were revealed. Most notably, as Andi tells it, is when Josh called her a “whore.” Look, you knew what you were getting with this book. I told you months ago that she was going to spill dirt on her relationship with Josh, so this shouldn’t surprise anyone. I’m certainly not surprised. Josh has a temper? We heard that from Nick two days after filming ended when we had video of him on the plane talking to whoever giving his thoughts on Andi picking Josh. So yeah, I don’t think any of us can be too surprised to hear that.

I think the one thing that needs to be taken into consideration is that none of us know what went on in their relationship. Did I hear for months that Josh had a temper? Absolutely. Did I witness it? No. Doesn’t mean he didn’t have a temper, nor does it confirm he did. If your response to everything is, “Well, I wasn’t there and I need proof” then you basically are living with your head buried in the sand. Not everything needs to proof to believe it happened. Have I ever had any proof for you when I’ve told you the ending of the Bachelor/Bachelorette/Bachelor Pad/Bachelor in Paradise? No. But pretty much all of them happened like I said they would. So lets not be naïve to think that Andi wrote a book and everything she says in it she completely made it up off the top of her head. Like, none of it happened, but she just decided to write an over 300 page book based all on falsehoods and make believe stories. C’mon.

We only got two excerpts today. There’s obviously way more to all these stories than we know yet, and Andi has said that it will detail all the mistakes that she’s made and all the crazy things she’s done in her dating life as well. It’s funny to see the reaction already from people when they haven’t even read the book. The Andi supporters are all like, “You go girl! So glad you got out of that relationship!” And the Josh supporters are telling Andi to quit bashing an ex just to sell and “there’s two sides to every story.” Just because she’s getting paid to write something doesn’t mean it’s not true. It also doesn’t mean it’s not embellished either. If you’re a Josh fan, sitting there and bashing Andi for writing a book is about the stupidest thing I’ve ever heard. Why? What’s the point? The book is already written. What is your opinion from Joe Schmo even matter to her what you think? You don’t like what she has to say, then don’t buy it, don’t support her, and don’t read it. It’s pretty simple.

There’s no right or wrong answer to Andi’s book. This is the way she chose to capitalize on her popularity. Some people like it, some people don’t, some people are indifferent – like me. What Andi does with her life is of no concern to me. Would I have written a book like this? No. But I’m not her. I don’t fault her for writing a book, because I get it. You have a built in fan base, you wanna tell your story to people who you know will be interested, so she wrote one. Good on her. It’s not like it’s gonna be 300 pages of ripping Josh. Of course the first excerpts released would be the salacious ones where she says he called her a “whore.” Because that’s what is gonna grab people’s attention. But the whole book isn’t that. I’m sure Andi is very aware that by writing this book, she’ll take a lot of criticism from haters. Yet, she still wrote it anyway so I’m guessing she cares very little about what nameless, faceless people on social media think of her. As she should.

I’d like to read more in detail about what she says, so maybe I’ll drop by the book store and browse through it. Or, just like with Emily’s book, I’m sure one of you readers will buy it and if you wanna report back to me all the good stuff, I will cut and paste it and put it in a column. Josh has decided to take the high road (at least for now) with the statement he gave “US Weekly.” Although if my ex claimed I called her a “whore” and I NEVER called her a “whore,” I’d probably make it known in my statement those words never came out of my mouth. But hey, Josh decided to go with the canned statement he went with, so that’s that. If anything, I guess this book and what we’ll probably learn about Andi and Josh’s relationship makes Nick Viall the smartest human being ever, since he told all of us on that plane ride back from the Dominican Republic two days after getting dumped by Andi what he thought of the Josh/Andi dynamic and it looks like he was pretty dead on. For those that don’t remember, let me refresh your memory:

Lets just not get so worked up about a book that Andi wrote. Already the stuff I’m seeing is mind boggling. Like, really? You’re that bothered by this? Why? How does this affect your life in any way, shape, or form? If it does, your priorities are so far out of whack, it’s probably best you just lay down for the next 5 years or so. People have bad relationships all the time. Theirs just happens to be a little more public because they were on TV. And because of that, she thought she would share her story with others. Doesn’t make her right or wrong, it makes her human. Our very own RHOBH/RHOC/Vanderpump Rules recapper for this site, Nell Kalter, wrote a 500 page book called “That Year” about a bad relationship she was in too, but obviously without nearly as much fanfare. Nothing wrong with that if that’s what someone wants to do. Lets just take a deep breath and act like a normal human being just because someone you saw on a TV show wrote a book.

More “Bachelorette” Contestants and the The Answers to the Rest of Your Teasers
“Bachelorette” Talk, Chris Harrison’s ‘5 to Watch,’ & My Canadian TV Appearance
To Top