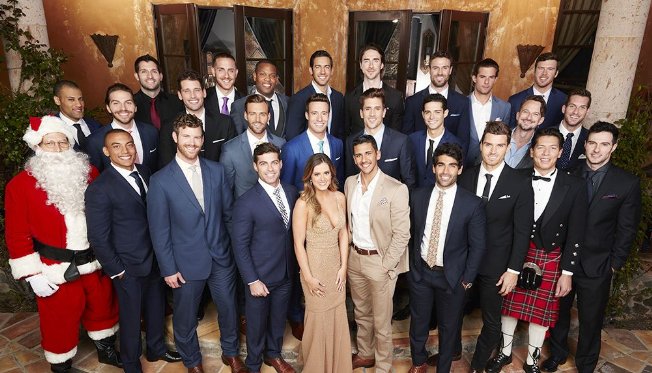 Well, filming is over. I’m already starting to hear things but nothing that I’m 100% confident to run with just yet. Obviously in 2 of the last 4 “Bachelorette” seasons, I initially had the ending wrong so I’m going to make sure that doesn’t happen again. Just want to check as much as I can and make sure that what I report is accurate. Not to mention, based on how everything played out will determine how much of a role the stuff I was hearing about the two narratives went. I know, it all seems a little confusing now, but it’ll make sense once I tell you. About a month ago I told you I heard it was the “JoJo and Jordan show.” If they ended up together, then I guess that information was accurate, just like last seasons Ben and Lauren show I reported halfway through. If JoJo didn’t end up with Jordan, then something either could’ve happened to that dynamic, or that info ended up being wrong. I’m sure I will find out soon enough. However, I think this season the more important aspect is going to be the information I was told that I’ve been teasing just because there’s a couple layers to it. One of the more interesting seasons I’ve been a part of and I’m just as interested as you are to see how it all played out. I hope to know by next week some time.

In the meantime, your annual “Bachelorette Bio Breakdown” is upon us. Literally 10 minutes after I posted yesterday’s column, the bios went up on ABC.com. You can view them right here, although when you scroll through each guy below, you can get to their bio clicking on their name as well. I went through each guy and gave my quick thoughts on something they said or how they looked. For the record, this has to be the most douchiest group of hair styles we’ve ever seen in “Bachelorette” history. And also in case you weren’t counting, exactly half of the 26 guys this season are from California (8) or Florida (5). With that said, enjoy this season’s bio breakdown…

Says one of his favorite movies is “Inglourious Basterds.” Lets hope the intern who’s paid $10/hr to translate his chicken scratch handwriting from his questionnaire is the one who actually misspelled both words of the movie title wrong because, well, if you can’t even spell your favorite movie, there’s a problem.

Ok, one of his favorite movies is “Her,” and that immediately should creep everyone out that knows him. He wants to bang the voice in his phone. Just no.

I’m done commenting on the stupid professions that the show gives some of the contestants. We’ve already been made aware that it’s done to create conversation and means nothing. Yes, we know “hipster” isn’t a job. Like “twin” wasn’t last season with Emily and Haley. All it’s doing is to get people discussing their show, which plenty of people did on social media yesterday with their, “OMG, this guy’s job is hipster” posts. Shoot me.

His head. I can’t explain it. It’s got like 17 different angles on it and I’m totally weirded out by it.

Anybody that calls America, ‘Merica, needs a severe beating with a shovel.

Here’s the one Derek answer I was most interested in: What does being married mean to you? I’ve seen my parents work through life’s challenges and successes for 33 years, so I’m looking for someone ready to give as much as I will to make life fun and fulfilled. I say this because, ummmm, have you seen his mom’s profession? This is her website: www.MariaPeth.com. She’s an Angel Enlightenment Therapist/Coach. She helps people communicate with their guardian angel and access the “infinite wisdom of the angelis realm.” Then she coaches them on their own mediumship so they can communicate with the spirit realm on their own.

Twice he references the fact that his whole being is like a lambo, and why would you ever need any upgrades to a lambo? In case you couldn’t tell, he’s a complete douche.

If you call a Lamborghini a “lambo,” you should be slapped silly.