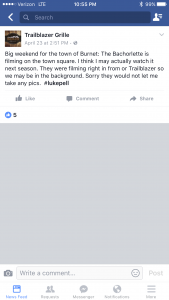 (SPOILER): JoJo’s Final Four Breakdown and Is She Engaged?
To Top