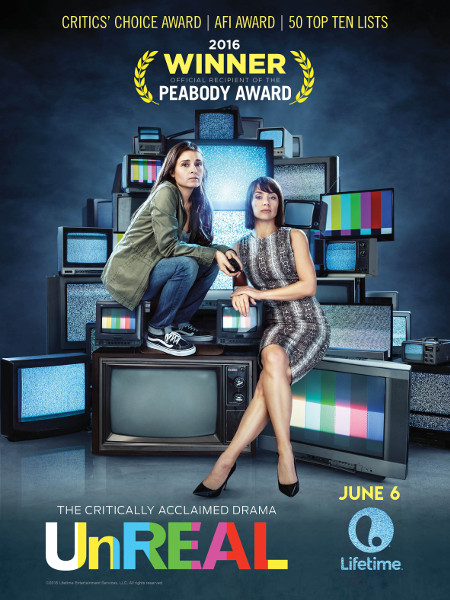 We all know what tonight is, but before we dive into all that stuff, let’s talk about what’s really important here. UnREAL premieres on June 6th! I mean, c’mon. We’ve waited practically nine months for this to come back on the air, and now we’re only two weeks away. When we last left our cast of “Everlasting,” Rachel was going cuck-koo again, Quinn was masterminding a phenomenal ending to the “Everlasting” season, and just about everything blew up in everyone’s faces. For those that might’ve missed it, and for any of you who are fans of reality TV dating shows, this is a must watch. Seriously. That’s why I’m giving you a two week head start. If you never watched last season, you need to. Like, now. Here is the link to watch all 10 episodes of season one on Hulu. You can rip through those in a matter of a weekend (or a day if you work from home). You won’t be disappointed, I promise. Have I ever led you astray with my TV suggestions? Of course not. This will be no different.

As we prepare for the season, a little primer for you. Season 2 will give us a black suitor named Darius Hill. Interesting. You can’t find that anywhere on network TV that’s for sure. I’m interested to see who Darius’ love interests are for this season. Here’s one:

And if you’ve ever wondered how reality TV shows get contestants to say some of the things we hear in their “confessionals,” there’s your answer. They don’t even have to actually say it. It can easily be created through the magic of editing, which is what I believe makes UnREAL so popular among reality TV dating show fans.

This dark underbelly of what goes on behind the scenes paints a much clearer picture than what is actually shown to us on screen. There’s no exaggerating in that video clip. That’s exactly how it’s done. You get the “key” words to be uttered, and editing can play magic with anything. You can make anyone look however you want through the magic of editing. It’ll be nice to see what’s in store for some of Darius’ suitors this season.

So if you haven’t watched, do it. If you were dialed in all last season, this season looks to be ramping up the drama factor even more if that’s even possible. I’ll be providing teaser clips every Monday while the show is airing, so keep it right here to see what Quinn, Rachel and the rest of the gang are up to on the craziest “most dramatic” season of “Everlasting” yet.

UnREAL will premiere Monday, June 6th at 10/9c on Lifetime.

“20 Million Viewers the Minute He Lays Hands on White Ass!”…A Clip from Season 2 of UnREAL Premiering in Six Days
To Top