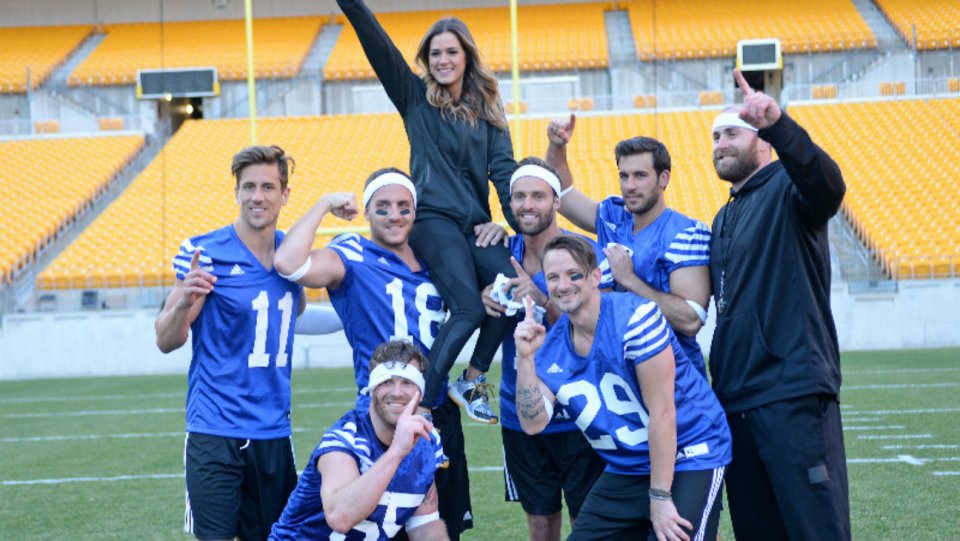 So even though I’m sure I’ll be asked about it next Monday night, and even though the show has stated numerous times on their broadcast that there is no new episode next week and they return on June 20th, let me lay it out for you. This hasn’t been the case in the past because the NBA Finals schedule was always Thursday, Sunday, Tuesday, Thursday, Sunday, Tuesday. They changed that this season. Game 1 was Thursday, Game 2 was Sunday, but Game 3 is tonight, Game 4 is Friday night, Game 5 (if necessary) would be next Monday, with Game 6 (if necessary) next Thursday, and Game 7 (if necessary) next Sunday. Yes, the Warriors may sweep and there won’t be a game 5 next Monday, but it doesn’t matter. There still is no new episode no matter what happens in the NBA Finals. The show had to take that Monday night off their schedule because the NBA was there regardless. So the next new episode will not happen until Monday, June 20th. Now lets see how many emails/tweets I get next Monday night asking, “How come the ‘Bachelorette’ isn’t on tonight?’”

As for the next episode, a lot of you emailed and tweeted at me regarding the preview that shows JoJo crying and saying “I hate him” wondering what that’s all about. That has nothing to do with Chad. Well, Chad Johnson that is. But it does have to do with Chad Rookstool, her ex-boyfriend. No, he doesn’t appear on the show, but when they’re in Uruguay, the interview he did with In Touch is brought to the forefront somehow, and she tells the guys about it. In real time, that interview was posted online on March 23, about 10 days before they got to Uruguay. So producers decided to make a storyline out of it and you’ll see that play out once they get to Uruguay. So there’s your answer.

JoJo had another blog up today for People.com where she talked about eliminating Chad and everything that came with his utter douche-ness. Not a whole hell of a lot that she didn’t say in the episode, but it’s there for your reading pleasure nonetheless. As for Chris Harrison’s blog, I didn’t even look for it. It’s worthless.

Ratings are in from last night, and I’m honestly surprised it did as well as it did considering Tuesday is not a “Bachelorette” night. It drew 6.7 million viewers with a 2.0 rating, which was almost identical to Monday’s night’s show (6.8, 2.0). Kaitlyn’s 4th episode last season that aired on a normal Monday night? 6.3 million and 1.8 rating. So I guess people can complain about Chad all they want (since essentially that’s what the first four episodes have focused on), but they’ll still watch. That’s why I just tune those people out.

Wanted to clarify one thing I said about Chad yesterday regarding his “honorable discharge” since a lot of you emailed me about it. Like this one:

I knew what honorable discharge meant (after I had looked it up of course). What I was getting at that Chad was honorably discharged because he said it in his profile. What I was insinuating by telling people to look into it since I don’t know how this works is, what if he was lying? He was honorably discharged because he said so. Great. Is that something that could be looked in to? He doesn’t seem to be the type of guy that would admit if he WASN’T honorably discharged, so I guess I’m just asking is there any way to know for sure? I’m kinda not just gonna take that guy’s word for it. Call me crazy. Is it public record? Can we find out the reason? Or we just have to take his word for it because he wrote it in his online dating profile?

One thing that was brought to my attention regarding Grant’s “sex story” by the friend of his ex. Another lie. Grant said in his story that he texted the girl he wanted to have sex with when he was 16. Grant’s 28 now. That puts that story at 2004. Was texting around in 2004? Yes, but it was not a major way of communication at that time. Not even close. And especially about telling a girl to meet up with you so you could have sex. Just a little nugget to add to Grant’s myriad of lies this season. Oh yeah, and this. This kills me…

And finally, Chad is gone. Well sort of. We’ll see him at the beginning of the next episode, but then he’s gone until “Men Tell All.” And then it’ll pick back up again when we see him on Paradise. Soooooo, are you sad? Let us know below…