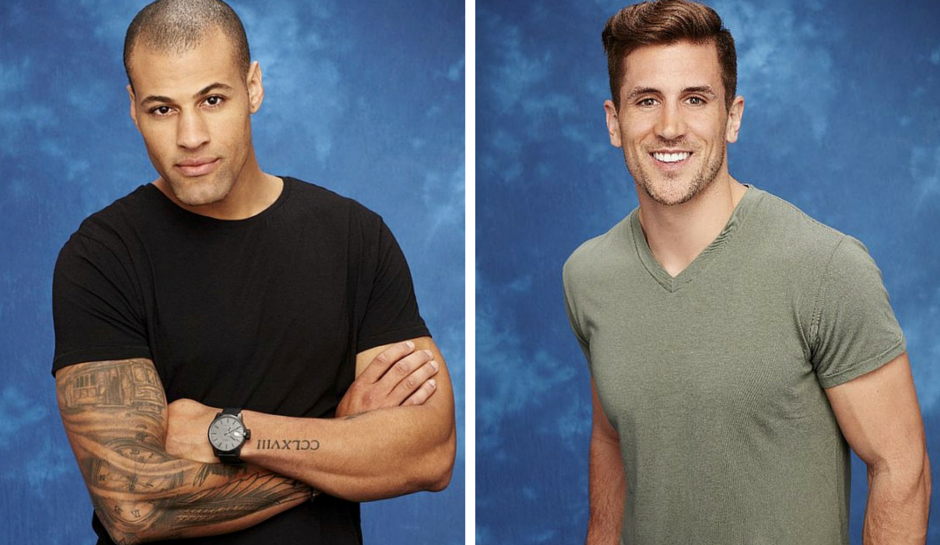 So we’ll first start off with the timeline of Grant’s exes. This guy is seriously a piece of work. Holy crap. How he managed to pull all this off I have no idea. The funny thing is, I’ve heard all three girls have since spoken since this all came up and shared stories. Neither of them is mad at any of the other ones, but they feel other women should at least know about the “real” Grant Kemp. I thank Ex #1, Ex #2’s aunt, and Jen’s friend for their help.

This first email is from Ex #1, who wished to remain anonymous…

Just read an article online about the bachelorette contestant Grant Kemp and how you received an email about him dumping his gf who is a bravo producer to be in bachelorette. He is SCUM! Long before his most recent ex and his previous engagement he was an unemployed EMT student selling steroids in the Bay Area. I met him at a bar and our relationship began. We met in March/April of 2009 right after he turned 21. We started dating then and on Halloween 2009 he moved to SoCal with me and we got an apartment together. Cheated on me left and right and left me for someone he ended up getting engaged to, obviously that didn’t work. FYI. Know it has already has been filmed but he is scum of the earth and a pathological liar.

He definitely left me for the girl he got engaged to. I believe her name is ****** *********. Last last spelling could be off a little. Anyways scum! He would fight with my mom in yelling matches, not come home at night, I’d find messages from girls saying “did we have sex that night?” Worst two years of my life! And he was hiding so much. I’d find vials of steroids and needles in the cabinets he thought I couldn’t reach, he’d not come home at night, for being kicked out of the OC fire academy and lied for weeks like he was going. On Halloween we went to my friends house for a party and he hooked up with my freaking classmate in the bathroom and when I got back to school the next week everyone knew but me! Another time, I even caught him flirting with a woman at a bar across the street from where we lived. I walked in to see him getting her phone number. His “Most Embarrassing Moment” from the Bachelorette page was earned that night… you’re welcome for slapping you Grant.

As far as the timeline goes, eventually he moved out and said he wanted to start over living apart but dating me. We obviously had a lot of problems but he rented a room in November 2010 but we were very much together at the end of November, as we spent Thanksgiving together in SF. In December, I moved out of our apartment and he moved me into an apartment with my girlfriends, stating he still wanted to work things out. He even got me a diamond ring, I think as a ploy to distract me from all the crap he was doing. Then up and dumped me by Christmas, blocked me from everything, and told me he was happily dating someone he loved. Who I’m pretty positive was ******. Bet she didn’t know he had a girlfriend he lived with at the time. But hey, some things never change. A warning needs to go out to all women he may connect with, especially with the BIP rumors. He is a charmer and a pretty convincing pathological liar. I mean he has to be to dupe smart, independent women like myself, Jen, ******, and JoJo. And no, I’m not some bitter ex gf. I just think women need to stand up for each other and support one another against a man who lacks a moral compass.
______________________________________________________________

As for Jen (Ex #3), I posted an email I received from her best friend in the May 25th column. It was from April 15th informing me about how Grant and Jen came about…

I’m torn between letting karma work it’s magic and selling out a total fake. Since this email is in your inbox, I have chosen the latter. There goes my karma.

My best friend met Grant Kemp on a plane in 2014. Flight 268 (take note). They were both traveling back to San Francisco for the holidays and he ditched his family in the front of the line to sit next to her. She called me the second she got off the plane and told me all about their conversations, their hilarious flight attendant, and the make out session that ensued during the last hour of the trip. I told her this sounded like it was straight out of a movie.

He pursued her like crazy and soon enough a romance blossomed. Shortly thereafter, I was convinced my best friend had found the one. He was a kind soul, understood her sophisticated sense of humor, and made quick friends with her inner circle.

It takes girls like Jen a long time to find the right person to date. She’s gorgeous, incredibly funny, and has a successful career as a reality tv producer (Ironic right?).

Jen was highly critical of his “body building career” when they first started dating and encouraged him to get out of it due to possible steroid usage and his body image issues. Over time it morphed into the pursuit of a “modeling career,” which I am convinced he is paying money out of his own pocket for (think of Barbizon- also check out all the “followers” he has on instagram. They’re robots, Steve!! Robots! He must pay for them or something.) Not to mention the “agencies” he has listed on his IG, which are either out of business or fake all together… Despite all that, Jen was a supportive girlfriend and it seemed they were in it for the long run. Over the summer he GOT A TATTOO OF THEIR FLIGHT # IN ROMAN NUMERALS ON HIS ARM. Wonder how he explains that on the show… I attached a pic I took with them that day: 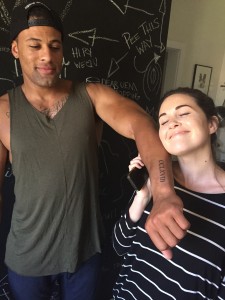 He spent thanksgiving, christmas and new years with her and her family and by this point he was constantly talking engagement, kids, family etc. I mean, if this pic doesn’t scream “I love Jen” I don’t know what does!

At the very end of January, Grant abruptly broke up with Jen – OVER THE PHONE while she was out of town filming another show. He gave little to no information as to why they were breaking up and canceled a trip to see her to speak about it in person. He just left her in the dark.

Jen had a feeling something else was up considering there were no signs of problems in the relationship- Cut to her texting me a few weeks ago saying, “You’re going to think I’m crazy, but I think Grant is on The Bachelorette.” With a little digging she got to the bottom of it and what do you know- Grant Kemp, firefighter from San Francisco, here to FIND love! That’s odd… he already had love!

The creepiest part is that Grant met all the Bachelor producers through Jen over the summer while she was working with them on a different dating show.

Prior to February, Grant had a separate/normal instagram and fb page (covered in photos of him and Jen), but he deleted it once he got on the show. If you look at Jen’s page (@jen.not.jenn)- you can see she’s a genuine person and that she was very much in love with this guy. I’m sure Jojo already realized his reasons for going on the show having sent him packing already, but I hope he’s happy with the sacrifice he made to fulfill his lifelong aspiration in life: gaining more instagram followers!

What a time to be alive.

So in case you lost track of the timeline, it goes like this…

-Ex #1 meets Grant in 2009, they move in together later that year, and are still together on Thanksgiving of 2010. Having problems, beginning of December she moves out with friends, he meets Ex #2 on Dec. 19th, and by Christmas, Ex #1 is history. Dumps her, blocks all communications, never speaks to her again.

-Ex #2 immediately begins her relationship with Grant, and they get engaged on her birthday in August of 2013. While still engaged, on a flight Dec. 19th 2014, Grant meets Jen on a plane, doesn’t tell her he’s engaged, and they begin a relationship. Grant dumps Ex #2 within the next couple weeks, calling off the engagement in the beginning of 2015 after he’s already been seeing Jen.

-Jen is with Grant all of 2015 and in to 2016, having even met the Bachelor producers while with Jen since she works in reality TV. Right around the middle of January, he starts being distant, breaks up with her over the phone when she’s out of town, and next thing you know, he’s at casting weekend for the “Bachelorette.”

Does anyone sense a pattern here? Safe to say anyone that Grant Kemp meets should probably have their guard up, like, forever. I mean, this guy could fall in love in line at Starbucks with that track record regardless of if he’s with someone or not. He ended an engagement and lied about it to a girl he met on a plane. Wouldn’t be the first guy to lie to a girl about being engaged/married, and certainly won’t be the last. But on a show like this (and like BIP), where the whole premise is to meet and hopefully fall in love with someone, don’t you think someone would want to know this stuff about Grant beforehand? I’d say so. Probably not a guy you want to get seriously involved with at all, but again, maybe whoever is with him next can convince themselves that they’re the one who’ll change him. Uh huh. And if you want any more particular details, I’d be glad to give them to you.