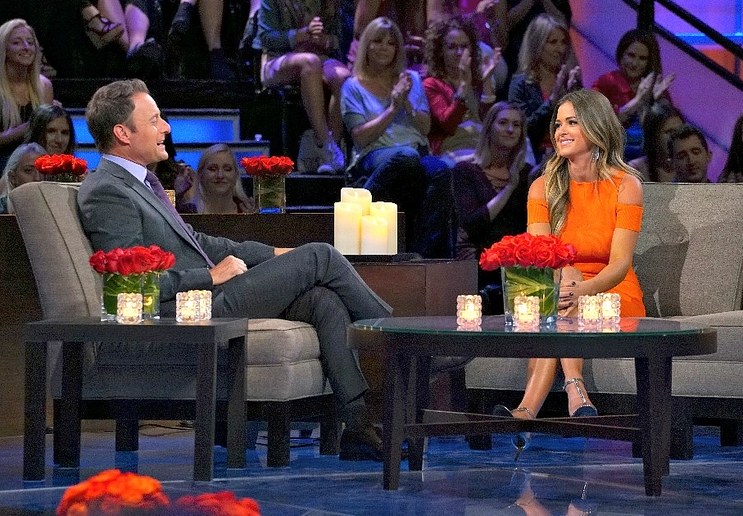 Mercifully, that’s over. We’ll get to your MTA brief, brief recap in a moment because frankly, there really isn’t much to say. Almost half the show was spent on Chad and I’m pretty much over it at this point. Sure, he backed up a lot of the stuff I’ve been saying about Robby and Grant, but then again, I didn’t need his validation. It’s not like I was guessing on that stuff or went with some flimsy reporting. But the MTA didn’t disappoint in terms of what we expected from it. Lets face it, it’s ultimately the same thing every season, just with different people. It’s overhyped, the soundbites end up being better than the actual show, and the people who got eliminated at #3 & #4 go up to the hot seat to tell their sob story. So much of the show is stuff we’ve already seen anyway, and when these guys are two months removed from it, it’s hard to believe any of them are really that affected. They lube them all up with liquor before the show, they essentially force them to talk about their feelings again in the present, even though they probably don’t feel as strongly as they did at the time they got dumped. It’s a giant sh** show every season with fake audience reactions that are filmed before the taping officially begins. Oh well. At least it’s over and we can move on to the finale.

In case you missed my tweet yesterday, Aaron Rodgers finally addressed the media yesterday in regards to Jordan. Since Packers opened camp yesterday and this wasn’t a formal, sit down interview, but rather one in front of his locker where reporters are firing questions left and right, he couldn’t control the narrative, so good on whoever decided to ask him about Jordan. As expected, he took the high road, although “I wish him well in the competition” was definitely a little minor shade thrown his way.

I’ve posted a few of these this season, but not in the most timely manner. But since the MTA was last night, it’s only fitting we get updated on the “Baby Bachelorette” and their MTA from last night as well. A lot going down in that world. Hell, this was more entertaining than JoJo’s:

As for your MTA recap, here are the main points of what went down:

-They showed the BIP promo which, just like every promo for every season they’ve ever aired, had a lot of misdirection. In case you still haven’t read the spoilers, you can read them all by clicking here. Had a few people on Twitter asking last night when I’m gonna have the BIP spoilers. Smh.

-The promo made you think that Nick got engaged, Amanda ends up with Nick, and Josh wasn’t part of the show. Well, we all know none of that is true. In case you skim through some of the emails today since I know there’s one answer in there that addresses it, but all 3 couples are still engaged and they’ve all seen each other recently. Amanda was in ATL last weekend visiting Josh, Carly and Evan were at a concert in Nashville over the weekend although Carly was in disguise, and Lace has been to SF to stay with Grant.

-I was thoroughly disappointed that in the guys introductions, only one of them gave the two handed wave, and that was Ali. What the hell? Step up your game boys.

-As for the Chad stuff, you know my thoughts on this. One thing that was running rampant on Twitter that people were tagging me in was saying “Chad obviously read Reality Steve.” Well, I have no idea if he did or not, but c’mon. We have photographic evidence of him spending the weekend with Hope making out with her, and pictures of him hanging out with Jen. I don’t think it’s hard to put 2 and 2 together and realize everything he said last night about Robby and Grant came from them. He didn’t need to read my site. He probably got it directly from the girls themselves.

-Chris Harrison playing dumb and pretending he had no idea what Chad’s been up to with Hope and Jen since the show is laughable. C’mon Chris. You don’t expect us to believe that, do you? Of course you knew.

-And when you dedicate 45 minutes and 3 segments to Chad up on stage, you basically cut Wells’ time out in the hot seat, which is what they did. He went up there. It was just never shown.

-Chad knows what his role is on this show and he played it to perfection last night. He didn’t need any coaching, he didn’t need producers to tell him to do that, because it’s not in his nature to act like a normal human would in that situation. He had to keep playing up his character or else everyone would’ve been disappointed. Was it entertaining? I mean, in parts I guess it was. But once Paradise rolls around and we see his tantrum play out, I think people will be over him. The guy is a phony. He’s telling people behind-the-scenes he’s just doing this for TV. And if he’s not, then he’s a delusional dbag.

-The “almost” fight with Nick B., the fake security guard, I mean, it was like we were watching a play last night or something. Really? Did anyone really think there was going to be a fight on stage and we needed security? Of course not. Like I said, it’s funny in parts, but the threat of violence and the meat eating? I don’t know. I just thought it was dumb.

-Here’s the interesting thing about all the Chad stuff though. It actually would’ve been informative or at least watchable, if they would let arguments play out. But just when someone would bring up something about him, someone else would cut that person off and bring up another point, then THAT person would get cut off. Have Chad address each issue individually without making a joke out of it, then maybe it would’ve been worth our time. But basically it was just shock TV as they went looking for soundbites. None of those guys liked him. None. No one’s backed him post show. So for every accusation thrown at him for him to constantly be on the defensive and pretend he did nothing wrong was just ridiculous. He’s so overtaken by the Hollywood bug now, he’s starting to believe his own B.S. because people are enabling him. As much as you probably wanted JoJo to go back and forth with him, she did the right thing. It’s exactly what he wants.

-Now, what Chad said to JoJo about Robby and Jordan was absolutely 100% truth since, well, you’ve been hearing that for 2 months from me. But you knew she wouldn’t touch that with a 10 foot pole. She knows she’s never marrying either of these guys. Problem is she’s realizing it too late. She has to go through the song and dance of us watching her next week from back in May pretending she’s totally head over heels in love with Jordan. It ain’t lasting.

-Luke on the hot seat was essentially his introduction as your next “Bachelor.” You’ll see it in quite a few “Reader Emails” today, but I’ll say it again. Everything I’ve been told for the last month, that I’ve repeated numerous times on this site, is that they want Luke to be the “Bachelor” and he wants to do it. I can’t see how it doesn’t get done at this point. With that said, I can’t wait to get an email/text/tweet today with these exact words, “Who do you think will be the next Bachelor?”

-Is what James told JoJo the exact same thing he said to the crowd in Atlanta on that video I posted of him last week? Sure sounded like it. It’s like he’s memorized this speech.