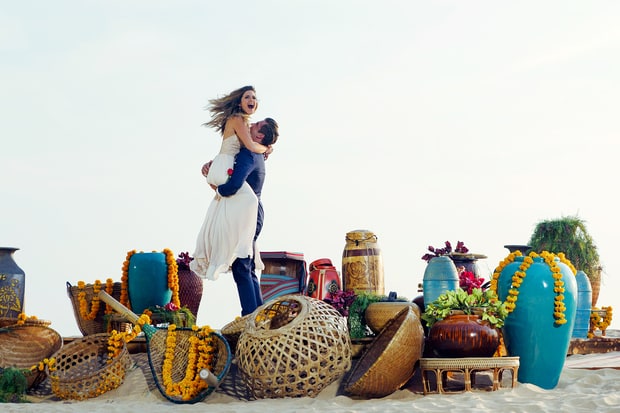 It was close. Damn close. Like, down to the wire. And in the end, it could’ve gone either way…no, I’m not talking about the “Bachelorette.” That was over before it even began. I’m talking about the 2nd Annual Reality Steve Trivia Contest that took place this past weekend in Vegas during my party at Mandalay Bay. A HUGE thank you to everyone who came out. We only had 4 late cancellations and had 59 people there, so bigger than last year’s. And barring something catastrophic, you can bet I’ll have the 3rd Annual Fan Appreciation Party next year as well. Might change up the venue since we’ve done Mandalay Bay for the first two years, but we’ll see. Plenty of time. But it’ll be next summer sometime between May and July and, once again, it’s open to any and all my readers. If I get a bigger venue next season, then I might be able to accept more than 60. I’ll let you know. But anyway, back to the business at hand…

For those that followed along on Periscope Friday night, you saw Kim Udelf and Robert Barnes take home the $100 first place prize with a total of 20 points. In a tough second place finish, Janie Vaught and Tracey Padula teamed up for what seemed like 20 pts as well, but in order to determine a winner, I had to go to a tiebreaker. Of the 15 questions, there were 32 points possible. The last question had 7 answers (so 7 possible points), and both teams got 5 right. Question #12 had 4 possible answers (or so I thought), and both got 3 right (After the fact, I realized that Question #12 – “There were 3 girls named Lauren on Ben’s season, who were they” was wrong. There was actually FOUR Lauren’s on Ben’s season), but still both teams got 3 points on that question. So I had to find another tiebreaker, and that was question #8, which was “Who was the comedic duo that appeared on the first 1-on-1 date on Ben’s season?” Kim and Robert answered “Ice Cube and Kevin Hart” whereas Janie and Tracey only had “Kevin Hart.” So ultimately I couldn’t give them a full point, and they finished with 19 ½ points and $50. Tough way to lose, but I had to settle it somehow. But I want to thank Janie and Tracey for giving me a $25 gift card to Cheesecake Factory, as I forgot to open it at the party. So thank you to them, and to everyone who came out. I hope you all had a good time and hope to see some of you back next season.

For those that didn’t follow along but wanna see the contest, I’m going to upload the video we took tonight and I will post it in tomorrow’s column. Even though you have access to the internet now and you can easily find all these answers yourselves (people weren’t allowed to use their phones), here were the questions on the test. Be honest. How many could you get right without looking them up? (The amount of points available for each question is in parentheses):

1. Who was the drunk guy who got removed from the show the first night on Kaitlyn’s season?

2. (5) Name every location they visited in Ben’s season that wasn’t California?

3. (3) On Brad 2.0, on the group date in the episode before hometowns, 3 girls were part of a bikini photo shoot for the Sports Illustrated swimsuit issue. Who were they?

4. Usually on the Bachelorette, they head to an east coast state before they start their travels overseas. What state did they travel to before heading to Europe on Andi’s season?

5. There is one contestant who was a first night eliminatee on the “Bachelor” then in that same year, was sent home the first night on “Bachelor Pad.” Who was it?

6. True or False: On Kaitlyn’s season, they visited 3 countries during the season.

9. Which twin was Olivia on the 2-on-1 date where she got left on the island?

10. (2) There have been 3 seasons where the show went to Thailand. Obviously we know JoJo’s. Name the other two.

11. True or False: I have been on a date with a former “Bachelor” contestant.

13. Who was the last final 2 guy on the “Bachelorette” who was not let go before the final rose ceremony?

14. True or False? In the last 10 Bachelor & Bachelorette seasons, Juan Pablo is the only person to not get engaged at the end.

Ratings are in from last night, and not surprisingly, the show drew it’s biggest ratings of the season delivering 8.4 million viewers and a 2.5 rating for the finale, with 8.0 million and a 2.3 rating for the ATFR. Comparing that to Kaitlyn’s finale last season, Kaitlyn drew 8.05 for the finale with a 2.4 rating, and 7.95 million and a 2.4 for the ATFR. So JoJo’s season essentially beat every one of Kaitlyn’s episodes in the ratings except for the premiere. Which goes to show no matter how many people say this season sucked, or the show is getting old, or “Why can’t they do something different,” your complaints are falling on deaf ears. People are still watching in droves and the show wins its coveted timeslot in the women 18-49 demo every Monday night for 2 ½ months. It’s not going anywhere.

Here is JoJo’s blog from last night, along with Nell Kalter’s RHOC recap that is now in it’s 249th week of airing. Or something like that. Enjoy. Here’s a hint: Nell’s is funnier. And has less BS in it than what JoJo spews out.

I did a really cool interview with “Guys Telling Stories” a couple weeks ago that posted today. Yes, I’m sure you’ve heard me talk about this show 1,000 times in interviews, but this one is different. I think you’ll like this interview if you have an hour of your day. To listen to it directly, click here.

I said I was gonna bring this up again when the finale aired, so lets refresh your memory. Remember when the first season ending teaser ran at the end of Episode 5? And in it they had JoJo at the final rose ceremony acting like she sends someone away because she “couldn’t believe what you did to me” and everyone started freaking out? And remember how I told you in the recap from 6/21 to hold your horses and it’s just more editing? Well, in case you forgot, here’s what they ran at the end of episode 5 teasing the finale?

Man, that couldn’t have been any more different than what we actually saw last night. So much of that never even happened or was said, which once again goes to show that every single season the teaser for the finale will make you think something is there that isn’t. And every single season people will freak out asking me questions about it. My answer will always be the same: I don’t know the exact details of what happens (other than who they choose), but I guarantee it won’t play out like how the teaser shows. And it didn’t this time. Again. So just keep that in mind when in mid-January during next season’s “Bachelor” they show a teaser and people start screaming “OH MY GOD!!!! WHAT HAPPENS???!!!” All I’m going to do is refer you to this season’s teaser to calm your nerves. Talk about a complete misdirection. Hell, this season’s teaser even showed clips and angles we never even saw, proving that things were re-shot to throw people off the scent.

Speaking of the “Bachelor,” a ton of you hit me up on Twitter last night asking why the next “Bachelor” wasn’t announced during the ATFR. Ummmm, because they rarely do it on the ATFR? People have short term memory when it comes to this show. Last season they announced Ben during “After Paradise.” I’m sure that’s when they’ll do it this season, and as I’ve been saying for almost two months now, I fully expect it to be Luke. He has the backstory, he has the heartbreak from this season and, well, it’s not gonna be Chase or Robby. So there you go.

You see the US Weekly report that came out last week saying that last season’s winner of “Survivor” Michelle Fitzgerald went to a casting call in New York in hopes to be on next season? I haven’t heard if she’s on or not, but I can tell you that final casting weekend is this upcoming weekend in LA, so if someone wants to stalk her social media and see if she’s in LA, then we know she at least made final 50. I could easily see her being cast on next season, for sure. Looks like every season now stuff like this is getting leaked, and I don’t think that’s a coincidence.

I went on “Good Morning Texas” this morning to talk about the finale, and you can watch that here. However, I’m bummed they left out the part right when this video ends, and that’s that today is National Ice Cream Sandwich Day, and they presented me with an ice cream sandwich which had me VERY excited. Wish you could’ve seen my reaction. Oh well.

And finally your poll question for today is simple: How long you think these two will last?