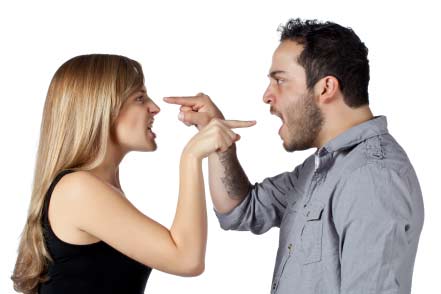 Anyone that was following along on Twitter yesterday knows now that, yes, I am the champion of all the world in “Quik Drop” at Dave & Buster’s. Been a while since I’d been there. But my niece and nephew somehow had never been. So I took them and was immediately drawn to this game of dropping 50 balls in about a 25 minute span into 5 rotating buckets. Seems easy. It isn’t. After I got the hang of it, I was consistently getting 48 or 49, but could never hit all 50. I’d either run out of time, or I’d have one bounce out. Until I didn’t and I became the greatest player ever – in my own mind. I ended up getting the 50 for 50 five times. So yeah, I’ve now mastered the game and now it’s on to the next one. I’m not sure what game I will dedicate a whole afternoon to now, but I’m sure I’ll find one. And oh yeah, Wednesday’s all the games are ½ off, soooooooo yeah, expect to see me there every Wednesday for, oh I don’t know, the next 3 months. Man, do you know how many boxes of Nerds I can buy with all the tickets I won?

With the finale of UnREAL happening this past Monday night, thought it’d be timely top post this interview with creator Sarah Gertrude Shapiro on season 2, which I liked, but seemed to be widely panned by critics. Sure there were a couple storylines here and there that they seemed to race through or not give any conclusion to whatsoever, but I don’t think that took away from the whole season. I actually liked it. I thought it made complete sense and the ending was very fitting, not to mention, sets up what looks to be a very interesting season 3. You can say, “Well, you’re just saying that because they pay you.” Not true. I agree that some of the storylines were definitely questionable or rushed, but it didn’t take away my enjoyment of the season. I guess I just don’t read too much into the show like the critics did. Not that they’ll take my suggestion, but I would go with a female suitor for the next season of “Everlasting” and it should be Tiffany. That’s a given, right? I think they could make that incredibly entertaining.

The live video chat is back tonight at 9:00pm EST/6:00pm PST. In about 10 minutes after this post goes up, you’ll see tonight’s live chat forum set up, so you can begin asking your questions immediately. I’ll apologize in advance that I’m a little under the weather. I’m through the runny nose phase of my sickness. Now I’m just coughing a little more and my lungs are a little heavy. But I’m a trooper and will battle through it all to answer questions like, “So how does Evan end up engaged to Carly after all this,” which I’m sure to get 971 times. See you tonight.

I’m a longtime fan and would love to hear your perspective on something. So I have been dating this guy for about 3 months now. We originally met on a dating app, but have long established that we are exclusively seeing each other. We spend a lot of time together, and he takes me on cute, romantic dates. He’s very affectionate, and I feel adored whenever I’m with him. However, social media gives me the impression that I am just one of many girls he is interested in. He has TONS of female Facebook friends who like and sometimes post flirty comments on his photos. I am also constantly seeing on my newsfeed that he likes (sometimes “loves”) numerous girls’ photos. And I don’t mean photos of a female friend on a fun vacation or at a cool concert. I mean selfies of young (seemingly single) girls often wearing revealing outfits/lots of makeup. He also follows numerous fitness models with curvy bodies very unlike my petite/slender frame. While he constantly calls me beautiful, it still bothers me that I see this almost every time I log onto Facebook. Am I being overly sensitive or is this kind of shady behavior on his part? How do I mention that it bothers me or should I just let it go?

Thanks in advance for your help, Steve!

Comment: Oh, it’s definitely shady behavior. And disrespectful. I guess my biggest question to you is, does he post pictures of the two of you on social media? Because if he’s at least acknowledging you two are an item, it’d still be a little concern why he has to comment or like everyone else’s pictures, but at least they know he’s with someone. However, if he’s not acknowledging you guys on social media, considering how much he uses it, then that’s a big issue and he probably is talking/seeing other girls unfortunately.

It’s funny this is coming from me, the guy who will never post anything on social media about anybody I’m dating or seeing, but at least I have an excuse. I’ve had issues in the past dealing with a stalker who took advantage of that, and I have no idea if they’d do it again, so I just don’t post stuff like that. One of the many “perks” someone gets to dating me. They’ll basically never be acknowledged publicly. At least not for a while. I’m sure that won’t sit well with any potential people I might date, but hey, that’s my life. I’m not doing it on purpose to hide who I’m seeing. I do it to protect them from possibly being opened up publicly to a crazy person who might start harassing them. It’s happened before and caused major drama. So now I’m just way more cautious.
___________________________________________________________

A while back I wrote to you about a problem I was having with my boyfriend of the time and subsequently broke up with. Since then he has contacted me again wanting to reconcile for the third time; problem is he is still married, still owes a significant debt to my mother, and doesn’t make an effort to communicate with me on a regular basis. He keeps claiming he’s changed but I don’t believe him. I have no prospects and my heart keeps telling me to go back to him. How can I stay firm and not go back to him but also help my mother get her money back?

Comment: Without remembering all the details of what you previously wrote in about, you’re probably doing the right thing by not going back to a guy a third time. Especially when he’s still married. Ummmm, why would you want to go back to a married guy anyway? For what? Funny that he’s claiming he’s changed. You know one thing he hasn’t changed? His marital status. Guy isn’t worth your time, even if he’s promising to end his marriage. Because lets just say he gets divorced and jumps to you. This seems to come up a lot on “Dr. Reality Steve,” but what’s to say what he did with you he won’t turn around and do TO you? Don’t run back to the guy because you have no prospects. That might be the worst possible reason to get back together with an ex.

I don’t know what the money issues are with your mom, but since he’s toying with your emotions, maybe you want to have a little fun in return and toy with him. Tell him you really want to do this and really want you two to work, but the money he still owes your mom is a big sticking point, and until he pays her back, you can’t fully commit to him. Then if he takes you seriously and pays your mom back, you say, “Thanks, but no thanks” and move on without him.