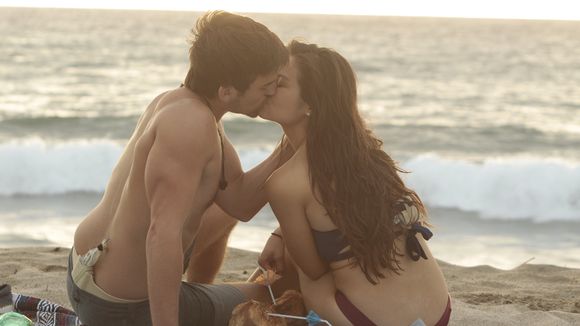 Kinda nice to wake up in the morning and find out you’re nominated for something. I don’t think I’ve ever been nominated for anything in my life. I mean, I did win Class Clown in 5th grade, but I don’t remember that being open to voting. However, this morning I found out two things: 1) There’s something called the Reality TV Awards that are handed out every year with an event and everything and 2) I’m nominated this year for “Best Reality TV Website” along with 7 other websites like TMZ, Perez Hilton, Media Take out, Reality Blurred and a couple others. Wow. I’m honored. What do I win if I win this? Like, a gazillion dollars? Fame and prestige? Or just the ability to boast about how I was voted best reality tv website? I have a feeling it’s the latter. Oh well. I’ll gladly take any win I can get. Do all nominees get invited to this event, or only the winners? I’ll try and get more details for you on how you can vote and what this is all about since I have no idea myself. From what I read, looks like voting doesn’t start til Sept. 2nd so there’s time. I will keep you updated. In the meantime, the fact that Media Take Out, TMZ, and Perez Hilton are up for this award is kinda ridiculous. I wouldn’t consider those sites “Reality TV websites.” They’re gossip/entertainment sites that happen to cover reality TV news. Big difference. But whatever. In my mind I win, so that should be all that matters.

Get your “Reader Emails” in for tomorrow and “Dr. Reality Steve” for Thursday. We’re a little light on both right now since, well, you’ll see what a lot of the emails I got the last couple days were surrounding.

Ratings are in from last night, and the show did well up against the Olympics. Yesterday drew 4.7 million viewers with a 1.3 rating, compared to last Monday’s 4.5 million and 1.4 rating. I forgot to post last Tuesday’s ratings, so I’ll post them tomorrow along with whatever the ratings are for tonight’s hour show and hour “After Paradise.” Also, Nell Kalter’s RHOC recap is now up for your viewing, along with her AYTO Finale Recap that has the roundup of what happened with all those crazies. Enjoy those.

So it was confirmed in the past week on Catherine’s Twitter account and Michelle Collins’ Facebook page, that Sean & Michelle will be this season’s co-hosts for “After Paradise,” and it wasn’t just a one week thing. No word from anyone in production as to why this is the case and why Chris Harrison isn’t doing it, but my guess is it has to do with the fact he’s filming “Who Wants to be a Millionaire in Vegas.” Last year, he filmed that show in New York in July. Still kinda weird though, no? I mean, Vegas is a 45 min flight from LA. He couldn’t just NOT film WWTBAM on Tuesday’s and just fly in for the day? It’s not like “After Paradise” needs much prep time. It’s an hour of nothing. Hey, maybe Chris actually realizes the show is crap and that’s why he wanted nothing to do with it anymore. Whatever the case, we have our answer and that’s that Sean & Michelle are the co-hosts all season.

Either last week or the week before, someone told me in a “Reader Email” that Ames’ Brown from Ashley’s season had recently gotten married. I had no idea. He’d kinda fallen off the face of the earth. Well, the NY Times did a whole story on his wedding. Interesting piece. I guess it answered the question that I posed that day when I responded to the email. Ames was always kind of a different bird. The story of how he met his wife and their relationship pretty much fits him perfectly.

Wanted to bring attention to something that happened numerous times over the weekend so maybe we can put an end to it. Yes, I’m aware that Josh & Amanda were in Kansas City at the Chiefs preseason game this past Saturday. No joke, got at least 40 emails/tweets/direct messages about it. Why didn’t I repost any? Well, because do I really need to? I told you a month ago they’re engaged, there have been numerous pictures of them together post filming, I told you Josh is living in California currently, so I guess there’s really no need to keep pointing it out that they’re together. I know they’re together. They’ve made it known numerous times they’re together. So every time they’re together I guess I don’t feel the need to point it out. It’s been established, we’ve seen enough evidence, no need to continue to do it. It’s not news anymore in my eyes. So while I appreciate everyone who sent me the pics from the game this weekend and the pics from last night, no need to anymore. They’re together, they’re engaged, and it’s just beating a dead horse at this point.

And for today’s poll question, which I’ll get into a little more detail on page 3, but I’d like your thoughts: