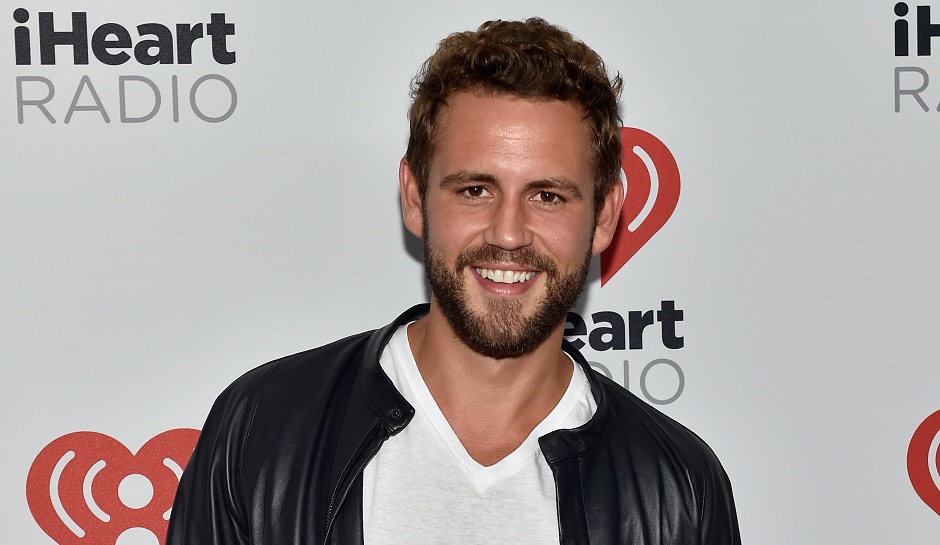 Ha ha…man, nailed that one again. I TOLD you Jared and Caila were broken up. Was there anything else that happened last night? Funny thing was, my plane landed at 8:50 CST last night, so I was able to see the Nick announcement as it happened as I Facetimed my friend and told her to face her phone to the screen so I could watch. Perfect timing. Obviously, I was just as surprised as any of you were at last night’s announcement. I’ll stand by what I said for the last two months. I had heard it was going to be Luke. I didn’t hear anything over those last two months that made me think it wasn’t going to be him, and I would’ve been shocked if it wasn’t him. And I was shocked. So yeah, they’ve gotten a little better with these “Bachelor” and “Bachelorette” announcements in keeping them under wraps. But you can see how these announcement are completely different than spoilers for a season, right? These announcements haven’t happened yet. And they can change their mind whenever they want. Not saying that’s what happened with Nick (because it didn’t), but I’m just saying these announcements aren’t pre taped. The “Bachelor,” “Bachelorette,” and “Bachelor in Paradise” are. Hence the reason it’s much easier to get spoilers to those. I was wrong about JoJo being the “Bachelorette” last season – then spoiled her whole season. Didn’t know it was gonna be Juan Pablo – spoiled his whole season. Didn’t know at first it was gonna be Sean – spoiled his whole season. You get my point. These are mutually exclusive from each other. Just because I might not have known one thing doesn’t mean that I’ll never find anything out again. That’s ludicrous.

Because the Nick announcement has basically taken over the “Bachelor” world, that’s what I’ll talk about here on Page 1. Get your “Dr. Reality Steve” emails in for tomorrow because I think I only have two right now. No recap from last night’s episode other than I told you Jared and Caila were broken up, and that Nick wasn’t dating Jen. I think THAT is going to be the most under-the-radar storyline for next week’s finale. We obviously knew that Nick and Jen didn’t get engaged (and if you didn’t, well you know now), but how is Jen taking this? How has Nick and Jen’s relationship been post show? Were they trying to date? Did he lead her on? Did he even tell her? When did she find out? I think there could be some fireworks there next week since I did report their breakup was amicable on BIP, they just weren’t dating. But that still has to sting a little bit if you’re Jen. I’m fascinated to see what she says next week as I’m sure she’ll be on “After Paradise” next week along with the three engaged couples.

So lets talk about Nick. No, I didn’t see it coming. If I did, I would’ve told you. Already speculation of they did to Luke what they did to Caila and pulled it from him last minute. The bottom line is I don’t know what happened in regards to Luke, nor does anyone else but him. And I doubt he’s going to give an interview about it. Here’s my take: I don’t think he turned it down. I don’t think Chase turned it down. They interviewed all three guys, all three guys had meetings with producers, and they ultimately decided on Nick. Their decision to make, plenty of people are talking about it, plenty of people love it, plenty of people hate it – but they’re talking about it. Huge buzz around it and that’s all they care about. I think people are reading waaaaay too much into any behind the scenes shenanigans regarding this, and possibly screwing over Luke and Chase. They didn’t. They always interview more than one person every season, and they always have more than one person believing every season it could be them. This was no different. But I honestly don’t think they sat Luke down, said “Yes, you’re our Bachelor, sign here,” then changed their mind. Luke was a finalist. Chase was a finalist. Nick was a finalist. It was between those three. They chose Nick because they can and we’ll watch. Simple as that. Conspiracy theorists save your breath. There wasn’t any.

As I told one person who interviewed me this morning for my reaction, I had no idea he was gonna be Nick. It’s uncharacteristic in the sense that they didn’t choose someone from the previous season, but not so in that they cast someone who the audience has a connection with and who has a backstory. So in that sense, I get it. But was I surprised? Absolutely. We’ve just never seen them go that far back in seasons to cast a lead. Outside of Brad and Emily, the last 17 seasons have been someone from the previous season essentially. So I had no reason to believe they’d all the sudden do it this season. Nobody did. So yeah, I guess in the future we can’t rule anything out anymore. Even contestants who are still on BIP. Not that they’ve cared about BIP spoilers this season since the three engaged couples have been spoiling it on their own with their social media posts, but announcing Nick last night is the SHOW actually spoiling their own finale next week, which is brand new territory for them. It’s all very bizarre, but hey, at least it’s something different.

Gotta say, I’m somewhat excited for Nick’s season. As you know, he’s definitely grown on me this season and it seems like he’s starting to finally understand how to “play the game.” I say it every season: I don’t care who gets the lead role. Makes no difference in my life. I’ve never rooted for or against anyone who’s been the “Bachelor” or “Bachelorette.” And that’s still the case with Nick. I really don’t care that it’s him over Luke or Chase. But just with the back history I have with him in regards to him spoiling his season on the plane coming back from Andi’s filming, and now approaching his 4th time on the show, and the fact that, well, it’s NICK THAT’S GONNA BE THE BACHELOR, it does have me a tiny bit excited. And lets not forget yet another under-the-radar storyline that won’t be talked about publicly regarding Nick as the “Bachelor” – the head count of how many women from this franchise he’s slept with/going to sleep with. Right now, I’m aware of 5 he’s slept with, and I’m guessing I don’t know everyone. We know he’s gonna take 3 girls to the fantasy suite and I gotta imagine he’ll sleep with at least two of them. Nick is gonna be at a MINIMUM of 7 now once filming is over! If he’s not in the lead already, he will be very shortly. I think he might have the record.

As for filming, just like the last 7 seasons, nothing has changed. Yeah, Elan might’ve tweeted you can still get cast and maybe it’ll be one or two girls that get added late, but a majority of this season’s cast is already done and has been for a month. They cast their contestants first, then the lead because this is a TV show. They’re in the business of making good television, not finding the 25 most perfect women to date the “Bachelor.” It’ll be no different from any other season in that sense. Filming begins mid/late September like it always has and will begin in LA. As I mentioned yesterday, I’ve already heard a possible location for the overnights and final rose ceremony this season that I’m trying to get finalized. No idea if/when that’ll be, but if it is this place, it’s somewhere they’ve never been. As for the girls, assuming the girls I already have aren’t cut at the last minute, I’ll be posting them closer to filming beginning per usual. Do I think the age range will change because Nick will be 36 during filming? No. Brad was 38 his second time around and all his girls for the most part were mid to late 20’s like every “Bachelor” season sans Byron. I expect the same for Nick. The ones I have so far are mid 20’s, so I don’t see that formula changing. We know the last 3 seasons on the “Bachelor” in the episode before hometown dates, they did the episode in the leads hometown (Juan Pablo – Miami, Chris – Iowa, Ben – Indiana), so if they stick to that schedule, we can expect to see episode 7 right around the last week of October being filmed in Wisconsin.

The decision to cast Nick, or the fact that I didn’t know about Nick beforehand doesn’t change anything once the season starts. I will spoil it in real time as much as I can, filming will end, I’ll tie up a few loose ends then give you the episode-by-episode spoilers well before the first episode airs. It’s going to be status quo here at RealitySteve.com. Nothing changes because it’s Nick. Hey, maybe if we’re lucky, Nick will spoil his season again on the way home from his final destination! A man can dream. It won’t matter if he doesn’t, because I’m guessing this season will be just as easy to spoil as the last few “Bachelor” seasons have been for me. Looking forward to this one. This should be entertaining.