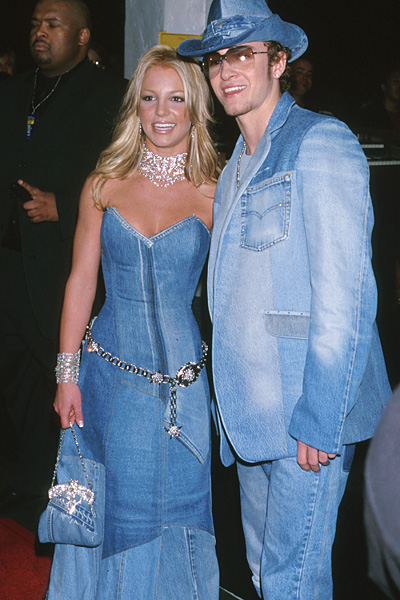 Ahhhhhh, “Daily Links” is back. Did you miss it? I sure did. This column for the next 3 ½ months will have links every day (except for the weekend) on all your happenings in entertainment/pop culture/celebrity gossip with a little sports thrown in. Consider it your daily newspaper to keep you in the loop of all things happening in the entertainment world. I just find the links to the top headline stories happening and then throw in my own two cents on what I think of them. Something I’ve always loved doing. Yes, once Nick’s season begins filming shortly, any time I have news regarding that, I will always include it at the top of the column. Once I start releasing the women on his season, you will know immediately. So follow me on Twitter or my Facebook Fan Page (Reality Steve), and you’ll be notified any time there is new information I’m posting regarding the next “Bachelor” season. Even yesterday, we had our first sighting of Nick and the new season, even if it was just shooting for his intro video package. So keep it right here for the next few months to be entertained daily. I will do my best.

-If you saw my tweet yesterday, Nick began shooting parts of his intro video for the “Bachelor” in his hometown of Waukesha, WI. They filmed at the Riverwalk and at the Steaming Cup. Later on in the day, the Waukesha Public Library Facebook Page posted this picture of them filming around there as well. Filming is beginning shortly on the season, and I’m close to releasing some of the girls I have. Still gathering intel on others and what not, but once I find out the exact date of filming and when girls leave for LA, I will release a few that I have, then gradually release more as the season goes on.

-The 50 Shades Darker trailer was officially released yesterday, and overheated middle aged women everywhere freaked the f**k out. Here it is:

Wow. Looks riveting. Masks, sex, more masks, more sex, and then sex with masks. Yes, I’ve seen the first one. I just don’t get the hype. For 75% of the movie it was just Anastasia and Christian talking or having sex. Sorry, I was bored out of my mind. At least once Valentine’s Day rolls around, we can all begin the universal debate of, “Is Dakota Johnson attractive” again. There’s still no definitive answer.

-Of course what Naya Rivera book wouldn’t be complete without her going after Lea Michele? It’s only fitting, right? Since Hollywood circles have said for years that Lea Michele was about the biggest diva ever on the “Glee” set and was essentially jealous of anyone who tried to out do her. Naya’s just piling on at this point. Then again, someone has to sell books, so she might as well have something juicy about Lea in there. I think I’m more interested in all the drug parties and hookups the “Glee” cast was having. This is another “I’ll skim it while killing time in Barnes & Noble” book for me.

-The goons who rushed the stage on DWTS Monday night in protest of Ryan Lochte apparently made him suffer an ankle injury. Doesn’t look like it’s gonna keep him out of the competition, but that sure was a weird ordeal that went down. Thank God for Twitter since that’s where I got the news of it as the show never addressed what had happened, even after taking a commercial break.

-In light of what happened DWTS now wants to beef up security for future shows. Ya think? Probably a good idea since not only did two random morons bum rush your stage during a live filming, but there were three other women protestors with them screaming at Lochte as well that had to be escorted out. Maybe you shouldn’t have law enforcement in there that’s equivalent to Barney Fife.

-More on DWTS: In case you missed it, Vanilla Ice performed to, what else, “Ice Ice Baby” and it was glorious. 16 year old me was going crazy watching that performance. I could care less if there was barely any cha cha cha in it. Why’d he do it so early, you ask? Well, probably because he isn’t gonna last that long and you don’t cast Vanilla Ice on DWTS unless you’re gonna let him dance to “Ice Ice Baby.” So might as well not take any chances and get it out of the way early.

-This is hilarious. A lot of us have been to college. A lot of us probably lived in the dorms our freshman year. How nervous were you to finally meet this complete random stranger that would be your roommate on the first day, knowing you’d have to live with this person for a full year? Think back to then, now look at the email these two prospective UCLA students got from their third roommate before move in. Holy crap. Wouldn’t you just show that to admissions immediately and be like, “Ummmm, no. Not living with this nut ball.”

-Ryan Seacrest is now dating Adriana Lima. Just let that sink in for a bit. I don’t know how many supermodels this guy gets to bang on a daily basis, but it is reaching levels now that I can’t fully comprehend. Granted, they all fizzle out after a while and Adriana is just another notch on his bed post, but still. Then again, there’s probably some of you that look at all these women he runs in and out of bedroom and think, “She’s a beard.” UPDATE: False alarm. She’s dating New England Patriots receiver Julian Edelman. How’d they screw that one up?

-Ricky Schroder’s wife is is filing for divorce after 24 years of marriage. Sucks. What I’m more interested in is when did he go back to calling himself Ricky? Wasn’t there a period of time where he started telling everyone to start calling him “Rick” because Ricky was when he was on “Silver Spoons” and basically hated it? I know when he was on season 6 of “24” as officer Mike Doyle, he was listed as “Rick.” Sorry about what happened to your face that season, Rick. Tough one.

-Justin Timberlake says he’s open to a collaboration with Britney Spears, all she has to do is ask. Ummmm, does Justin realize that if this happens the world might explode? Are you kidding me? After seeing Britney this past weekend, I say she should take Justin up on that immediately. Hey, I enjoyed the show. It was entertaining. But I think she needs to freshen things up a bit. But Justin, I hope you’d be prepared for the inevitable tabloid stories that you’re cheating on Jessica with Britney if you collaborate. They’re coming.

-I haven’t watched “Married at First Sight” since season 1 because I think the show is pretty ridiculous, but apparently a couple this season already got divorced during filming. You don’t say? I can’t imagine why two people who just met on TV for the first time as they walked down the aisle and decided to get married couldn’t make things work out? Shocking I tell ya’. Aaaaaaand all the more reason I have zero interest in MAFS.

-You read this column long enough you know how much I love “Friday Night Lights.” One of my top 2 favorite shows all time along with “24.” Well, looks like “People” has started their own network/app where they are bringing back old casts to talk about their time on the show and ask them what they think they’d be doing now. They just did it with the Friday Night Lights cast, and now I have to figure out where I can watch this. Do I really need to download this app? Is it a channel? I’ll figure this out.

-The English dictionary is adding more slang words and phrases to keep up with the times. Words/phrases such as “yolo,” “moobs,” and “resting bitch face” have now been added. Good. They should be. Because most people talk like that now anyway, including myself. This is totes a good move by Oxford. Totes is in there, right? It better be. Insider information is telling me that under the definition of “moobs” is a picture of Evan.

-And finally, in case you were ever wondering whether or not to sign your little boy up for rugby, whatever you do, don’t enter him in the league with this man child who destroys everything in his path. Run for your life!