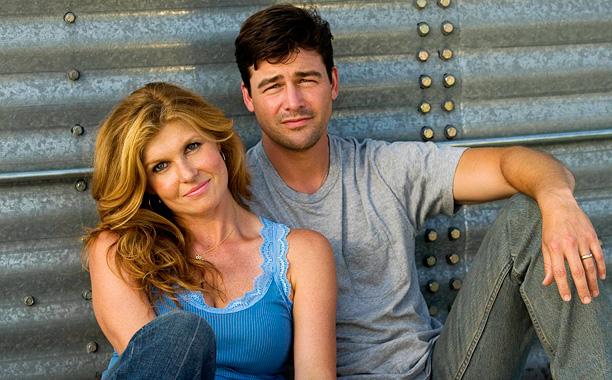 The Emmy’s are always very interesting to me. Probably moreso now because of how many different media outlets broadcast original content, it’s almost impossible to keep up. I mean, I watch a lot of TV. A lot. And I can honestly say I don’t watch 75% of the shows that were up for awards last night. Especially the ones up for “Best Drama.” I don’t think I’ve watched any of them. Unless it’s your job to cover and write about those shows, really, it’s almost impossible to watch all of them. Between my reality shows and sports, I just don’t have the time for it. And in football season? Forget trying to catch up on shows during the weekend. I’ve got college and pro football to watch. Back in the day you had ABC, CBS, NBC, and Fox, and those were the only networks for the most part that produced shows which were up for Emmy’s in the major categories. Now you’ve got cable involved, Netflix, Hulu, Amazon, etc. I can’t keep up. I’m sure at some point down the road years from now, I might sit down and catch on to all the “hot” shows, but I’m amazed when I was watching last night how I literally watch NONE of the big shows going right now. Oh well. I’m content with what I watch. It’s all good.

-This past Friday I joined The Ringer’s Channel 33 Podcast Network to go on Juliet Litman’s “Bachelor Party” podcast to put a wrap on this season of BIP. This is the 3rd time I’ve gone on with Julia now I believe, and I’m sure I’ll be back on come January some time when Nick’s season starts up again. But in the meantime, listen to us chat about all things BIP, Evan & Carly, Nick as the “Bachelor,” possible contestants, and Ben & Lauren.

A couple updates since Friday. “Bachelor” filming definitely begins this week, either Friday or Saturday night will be when the limo entrances start. I know some girls are leaving for filming on Wednesday, so filming starting Thursday is too early. They need a full day there to do pictures, ITM’s, etc. So Friday would be the earliest start. As for “Survivor” winner Michele Fitzgerald being on Nick’s season after “US Weekly’s” report, I’m hearing mixed reports about whether she’s on or not. But if I had to guess, I’d probably say she won’t be on. I don’t see how that CBS/ABC contract thing would play out since she was just named the last “Survivor” winner in May. She’s still under contract with CBS. Obviously as we get into filming we’ll have our definitive answer, but if I had to guess right now, I’m guessing she isn’t gonna be on.

-A lot of Emmy links today since that was the big show last night. Terrence Howard had an interesting night. When being interviewed about his character on Empire, he called him an a**hole, to which his wife confirmed saying he has the tendency to bring that character home some times. Which is all fine and dandy until you remember Terrence Howard was accused of domestic violence, then things get pretty awkward sauce. Uhhhhh, next interview please…

-Jimmy Kimmel ruffled a few feathers last night with some of his barbs, but the biggest was probably towards Mark Burnett for casting Donald Trump in “Celebrity Apprentice.” So how did Burnett respond to what Jimmy said? Took it all in stride. The thing was, Jimmy was half joking, but half serious. What was a little embarrassing was Burnett took his time on stage for the “Voice’s” win to promote the “Voice” starting tonight. Not to mention saying Hillary jokingly thanks Kimmel for giving Trump the free air time. I’ve never understood that. Really? Like Kimmel bashing Trump at the Emmy’s is gonna somehow give him some sort of advantage or disadvantage. We know who the two people running are. They’re both gonna be on TV non stop for the next couple months. Last night wasn’t a big deal.

-The queen of unfiltered, Amy Schumer, made sure she was at it again last night on the pre-show red carpet ceremony. When asked what she was wearing, Amy let everyone know exactly what she was wearing, all the way down to her feminine hygiene products. I know women eat up those red carpet shows, but seriously, I couldn’t find a bigger waste of time than those. Does any actor/actress ever say anything remotely interesting on the red carpet? No. And it’s nothing but a plug for their designers anyway. What we need is a POST-show party reporting when these people are hammered. That’s where you’ll get the good stuff.

-Twitter can be a real dumb place sometimes. You know, like last night when after winning Best Actress, Julia Louis Dreyfuss got choked up when telling us about her dad passing away two days earlier. Leave it to the Twitter morons to send out their condolences – to the wrong guy. No, Richard Dreyfuss is not Julia Louis Dreyfuss’ father that died on Friday. Nice try.

-It’s one thing when Twitter dolts don’t fact check. It’s another thing when a network doesn’t. Like when the Emmy’s own Twitter account mistook Cuba Gooding Jr. for Terrence Howard. Now that’s gold. Gotta love it when some intern isn’t bright enough to tell the difference between these two or do a simple Google search. I have a feeling someone might be looking for a new job today. Anyone want to apply for a social media job with the Emmy’s? I’m guessing one is available today.

-Of course with Tom Hiddleston at the Emmy’s (I’ll be honest, I only though he was Loki in the superhero movies. I had no idea he did TV), you knew someone would shove a microphone in his mouth and ask him about Taylor Swift. Tom says that they’re still friends. Ex sex? C’mon Tom, give us a little more than “we’re still friends.” Us Swifties need more juice than that. Do you talk? Hang out? Sext? The possibilities are endless.

-If the Emmy’s brought us one good thing, it was that we had a mini FNL reunion. Connie Britton and Kyle Chandler took a picture together, albeit blurry, and that pretty much made my day. I ended up watching the link I sent you last week on the new People Entertainment Network that was a 20 minute update on the FNL reunion back in June in Austin, TX. Granted, Kyle, Michael B. Jordan, Aimee Teegarden, Taylor Kitsch, and a couple others didn’t make it, but enough of them did to make it worthwhile. If you’re an FNL fan, I suggest going to the People Entertainment Network and watching that mini reunion show.

-For those who have had Tinder nightmare dating stories, this one’s for you. This woman actually documented her Tinder date, and it was a disaster. Why? Because the guy invited 20 other women out on his boat with him and never told some/all of the others. I’m sure that was a blast. If this guy isn’t the definition of what Tinder dating is basically all about, then I don’t know what is. Douche.

-Rob Kardashian doesn’t want fiancé Blac Chyna to ever go back to working at the strip club. Ya’ think? What guy would? It’s bad enough she worked the pole in her earlier life, but you think now that she’s engaged and pregnant, it wouldn’t even be an option. Is she really considering this once she pops to hop back up on stage so that old Chinese men can float dollar bills her way? Sad. Then again, anyone who thinks Rob and Blac Chyna are ever going to last are crazy anyway. Maybe Blac Chyna realizes that too and she’s just prepping for next career move that will inevitably happen.

-And finally, looks like I’m gonna have to give up my hopes of dating Kirsten Dunst for the time being, as she looks to be dating her “Fargo” co-star (and FNL great) Jesse Plemons. Ahhhh, Kirsten. You never gave us a chance. I mean, when you went on Kimmel and outed our love for the world to see, I thought we were really gonna make it: