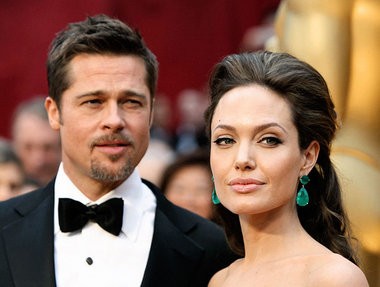 Since the live chats have been shelved indefinitely, I haven’t had any chance to interact with you readers for a month now or so. That will change tonight and for a good cause. The people at Bidchat contacted me and asked if I’d like to do a live chat to support the Smile Train charity on behalf of “Bachelor Week.” Basically I’m going to do a live chat tonight and you can join in LIVE with me, all by bidding on how much time you want to spend. I believe it’s $.50 per minute, and 100% of the proceeds go to Smile Train. It will start at 8:00pm CST tonight and go for about a 1/2 hour. Hey, if no one bids or joins in, I guess I’ll just talk for 30 minutes about whatever is going on. But this isn’t like the live chat where you just ask a text question or something. No, you’re joining in LIVE on screen to chat with me. If you go on Bidchat’s site, you can see that this is in correlation with “Bachelor Week” as some of the guys from last season are doing it. I believe Alex did one last night and others are doing it tonight. So you can join in on theirs as well. It’s all for a good cause, it’s not expensive at all obviously, and very easy to use. Either watch and join in on your desktop by going to Bidchat.com, or you can download the Bidchat app on your phone, and you can join in that way. I hope to see some of you tonight at 8:00pm CST.

Wanted to let everyone know that either tomorrow or Thursday I will be releasing the first few girls I have for Nick’s season. Right now, I have roughly 9 girls that I’m pretty sure are on. I won’t be posting all 9 right away, but will give you a few to wet your appetite a bit for the upcoming season. Girls start arriving in LA tomorrow, with limo entrances set to begin either Friday or Saturday night. Even if I can’t find out the exact date, Fleiss, Harrison and Robert Mills will all be live tweeting on night one, so we’ll know which night it is. Not that they’ll be tweeting anything important, but just know they’ll be live tweeting. Wanna know what they’re gonna say? I can probably already tell you. “The women LOVE Nick,” “What a wild night one! Gonna be a great season!” Blah blah blah. Basically the same stuff they tweet on night one every season. This will be no different.

-This story is just breaking as I’m posting this, but Angelina Jolie has filed for divorce from Brad Pitt. The world may end today. Like guys, how are we going to function in our daily routine today with this happening? People I don’t even know, have talked to, have ever met, and know nothing about other than what tabloids post about them are now splitting up? And you expect me to go about my daily life and NOT have this affect me in a major way? I don’t know how you can expect that out of me on a day like this. No, I’m going to tweet, IG, and FB post about it until I get carpel tunnel syndrome because I’m that bothered by it. Pssssh. You know what this headline should be? Another Hollywood Couple Breaks Up – Life Continues For Everyone Else.

-Forgot to mention this Emmy story from yesterday but did you see Chris Harrison interview Constance Zimmer from “UnREAL.” That’s some serious backtracking Chris from your original thoughts on the show that it was “garbage and no one was watching.” For a guy who claims he’s never watched the show, how would he know what the host of “Everlasting” is like? Me thinks Chris is hiding something. Basically, his foot is in his mouth when “UnREAL” has been on the air for two seasons and is getting nominated for Emmy’s, while his show is coming up on their 32nd season and has never been nominated for crap. Nor will it.

-“Survivor: Millennials vs Gen X” begins tomorrow night and EW.com has your first 8 minutes of the premiere now up. In case you haven’t heard, for the first time in show history, the teams had to be evacuated due to weather concerns and it happened on Day 2. So we’ll see that in the premiere tomorrow night. Should be interesting considering even when they evacuated them, they stuck them in an empty room with no furniture or food to wait out the storm. From all the horrible storms we’ve seen in the past on this show, this one must’ve been crazy bad for them to have to evacuate the cast for a few hours.

-Radar is reporting a major Hollywood star raped Corey Haim among others in an explosive new story. Before you dismiss this with, “Hey, it’s just tabloids being tabloids (which they do a lot),” remember Radar was front and center on the Charlie Sheen HIV story and they reported it the exact same way. Months before it was revealed to be Charlie, they said a major Hollywood star was HIV positive, they wouldn’t reveal the name, but it’d be released shortly. Same way they’re reporting this story. I don’t know when it’ll be officially released, but this story has legs and I’m sure we’re gonna find out who this is sooner rather than later.

-Ladies and gentleman, I have some horrible news to report. After 6 bliss filled weeks of dumb Instagram and snapchats together, Justin Bieber and Sophia Richie have called it quits. That really is a shocker to me. I mean, I can’t imagine why someone like Justin Bieber isn’t ready to settle down and be in an exclusive, committed relationship at the ripe old age of 22 with all the money in the world and women throwing themselves at him. Sorry Sophia. That’s called boredom on his part. Next.

-Britney Spears did a revealing interview on her life where she says she’s done a “complete 360” from where she once was. Ummmm, Brit Brit. Someone might want to explain to you exactly what that means. If your life did a 360, that means it’s exactly the way it once was. 360 means turning all the way around and facing the same way you were before. I think what you’re looking for is your life did a 180. There. That’s better. Now go get some rest my child. Your brain must be hurting.

-Or, you can do more of this dancing for us to see. What’s interesting about this IG video she posted was she dances nothing like this during her “Piece of Me” show in Vegas. I mean yeah, she dances the whole time, but not nearly this fast or this well. If you see the show, it’s definitely choreographed and Britney sure is trying, but lets just say her dancers are, oh I don’t know, about 10x better than her. She’s lost a step for sure. With that said, I’d see it again. Especially if someone could guarantee the same people sitting in front of me like they were a couple weeks ago. They were entertaining.

-“Homeland” is going on season 6, but they are pushing back the start date until January this season. Not that this had anything to do with it because it was always scheduled for January, but Quinn got injured and production has been halted momentarily while he recovers from an ankle injury. Well, it’s already good news that Quinn wasn’t killed off at the end of last season, which is what they made you think was a possibility. So I can deal with a little ankle injury. Now, Quinn being fresh out of a coma and not the Quinn we’re used to seeing? That’ll take some getting used to.

-Guys, in case you didn’t know this, Kim Kardashian doesn’t like wearing clothes. Like barely any at all. Hell, if it weren’t for a purposely leaked sex tape of Ray J backdooring her on their vacation, no one would even know who she is. With that said, Kim says she honestly doesn’t GAF about showing her nipples in photos. Ummmmm, yeah. We noticed. We’ve noticed for years actually. How about telling us something about yourself that maybe we don’t know. Like your IQ is over 50. Or that you’re really into Quantam Physics.

-Earlier in this column, I showed you that Radar Online is on top of a major story that’s probably going to break soon regarding a top Hollywood star who raped young actors back in the day. That was Radar at its finest in reporting. Then, a few stories down, they give us more on Ryan Lochte and how apparently his fellow dancers hate him and want him gone. Granted, it’s based on “sources” and “insiders” and gives nothing of substance, but when People runs a completely opposite story this morning, including cast members wearing shirts in support of him, yeah, you kinda have to take Radar’s reporting with a grain of salt. Granted, only a few know what’s really going on behind the scenes, but, doesn’t seem like there’s any animosity towards him from those on set.