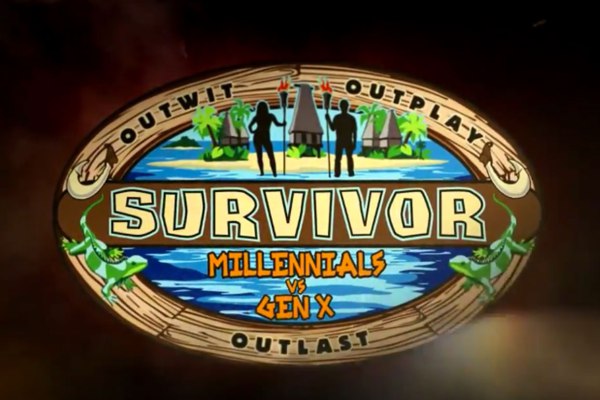 With most of the women on Nick’s season either already in LA or flying in today, tomorrow I will exclusively release your first batch of women who will be on next season. Granted, there’s still a possibility they could get cut at the last minute, but I’m pretty confident these women will be on. I have 11 women right now that are set to be on the show. I don’t know how many I’m going to release tomorrow. At least 3. Maybe as many as 6. I have no idea. Depends how much I get done today. And with it being 1/2 off all games at Dave & Buster’s today and I promised my niece and nephew I’d take them, well…Regardless you will be getting some of the women tomorrow. No other site is reporting any of this. By all means if they are, feel free to post them before tomorrow and you can even take part of the exclusive. However, I deal with this every season and zero sites ever report anything when it comes to confirming women who will be on the show. I’ll post some women tomorrow, then all tabloids, entertainment sites, blogs, IG pages, etc take the info and pretend like it’s theirs. Same sh**, different season. But hey, by all means, if you know contestants who will be on you can post them today before me and steal all my thunder! Ha ha, lets just say I’m not the least bit worried since in 7 years I’ve been spoiling, no one’s ever done it. So expect some of the women tomorrow.

Sure I’m taking a chance that by posting them before filming begins, there’s an outside chance they might not get cast, but I don’t take that into consideration. All the girls will be out there by tomorrow. I remember on Juan Pablo’s season I posted 5 girls A WEEK BEFORE THEY EVEN LEFT and all 5 girls still ended up making the final cast. So it has nothing to do with whether I post them early or not. They’re either going to get cast or they aren’t. My site doesn’t hurt or help anyone’s chances. And for those asking, “Will this be an older cast because Nick is 35?” Answer: No. Here are the ages to 6 of the 11 girls I have: 25, 23, 24, 24, 23, 25. Nothing’s changed like I knew it wouldn’t. They have a formula and they stick with it. The women are cast long before they decide on who the “Bachelor” is. It’ll always be mid to late 20’s women. Been that way (outside of Byron’s season) for 21 seasons now, so why would Nick’s have been any different. Brad was 38 his second time around and all his women were mid to late 20’s. None of this should surprise you.

-Chris Harrison was asked about his love life in a recent interview because, well, I guess someone was dying to know. He says he’s happy with his dating life, but basically lives out of suitcases. And he likes golfing with the boys. What’s funny is when he starts talking about golf with the boys, they put up pictures of him with former Bachelor guys, namely Andrew Firestone. How come Chris didn’t dive further into some of the contestants from the franchise he’s dated, you know like Selma and AshLee Frazier? Lets expand on that a little more. Whaddya’ say Chris?

-Yesterday’s big news was the Brangelina split. It was everywhere. And I mean EV. RY. WHERE. I made it a point to read zero stories on them. It’s not like they’re going to be honest about why they split anyway. Just the ol’ “irreconcilable differences” that they all go with. But having to sift through every headline just to find links today, off the top of my head, here were the reasonings I saw: He cheated on her with Marion Cotillard, he cheated on her with Selena Gomez, she’s bisexual, they fought over how to raise the kids, they argued all the time, and his drug addiction. You can see why I hate tabloids sometimes. So stupid. So the only Brangelina link I’ll give you today is all the Jennifer Aniston memes that were created once the news broke. You’re welcome for saving you from all the other garbage.

-As happy as I’m sure plenty of middle aged women were to hear that Brad Pitt is now single (because they, like, totally have a chance with him), comes the news this morning that Ryan Gosling and Eva Mendes secretly wed over the summer. I mean, we know they had a kid together that they named something funky (and have another on the way), but I’m guessing there will still a few who were holding out hope he wouldn’t put a ring on it. He did. Now give up.

-“Survivor: Millennials vs Gen X” starts tonight, and Jeff Probst has your season 33 preview of what to expect. For those that don’t know how Survivor works now, they filmed both seasons (the one airing tonight and the one airing Feb. 2017) back to back in the same location earlier this year. They do it to cut costs now rather than going to a new location every season. They filmed “Millennials vs Gen X” I believe in April-May. And then season 34 in June-July. Season 34 is all returnees. We don’t know the “theme” yet because it’s a mix of past winners, some that got far, and some that got eliminated early. But it’s funny that by the time season 34’s finale airs, it’ll be a year since they filmed it. And there will be 2 people from this “Millennials vs Gen X” that will be on season 34. This was reported months ago, so don’t think I’m taking credit for it. Just wanted to let you know.

-Here’s some wonderful news for the guys today. Megan Fox has been named the brand ambassador and new spokeswoman for Fredrick’s of Hollywood. Ummmmm, yes please. I really love her lingerie work. Exceptional. Yes, I know Fredrick’s is a little more on the trashy side compared to VS, but still, Megan brings out the best in it. You go girl! Woman power! Keep promoting and brand ambassading the hell out of that somewhat trashy lingerie. I’m all for it.

-I guess on Rob and Blac Chyna’s show this past weekend, he talked about in his past relationship, the girl cheated on him a lot with multiple dudes. Adrienne Bailon is an ex of his from a while back and she wanted to make it known yesterday that he couldn’t possibly be talking about her. Whatever you say, Adrienne. Whoever you are. Not to mention Rob has admitted on KUWTK that HE cheated on a past girlfriend. Yes, we know you cheated on your ex Rob. With food. She’s hot.

-Sofia Vergara went on Jimmy Fallon last night, and he did his bit where he had her talk after sucking helium out of a balloon. Can we all agree that talking after sucking out of a balloon isn’t funny anymore? This is universal, right? Like, everyone sounds exactly the same. Just because she has an annoying voice before sucking helium, I don’t think that made it sound any more nails-on-a-chalkboard than it already is. I just think that bit has been overdone and isn’t remotely funny anymore since everyone sounds the same. But maybe that’s just me.

-Christopher Darden finally admitted that his relationship with Marcia Clark during the OJ trial was more than just friends. Oh I bet it was. Bow chicka bow bow. We saw a glimpse of it in the FX show during that one episode when they showed he brought her up north for a weekend, they flirted, but never kissed. Now he says he’s not a kisser, and that kissing is more intimate than sex to him. Damn Darden. What got into you finally spilling the beans after all these years? Marcia still remains mum on it but c’mon. We’re not dumb. We know they knocked it out numerous times after a long 12-14 hour day in court. Who wouldn’t?

-In case you haven’t seen any of the 1 billion previews and trailers for “Designated Survivor” that have been running for the last couple months, FINALLY, the show begins tonight. The creator talked about what to expect in an interview with TV Guide. I immediately like hearing he already has 3 seasons planned out in his head and pitched that to ABC, along with other storylines as well and already has a vision for his final scene. Looks like this one will have some staying power to it, so consider me glued in to tonight’s episode. Can’t wait. Obviously I’ll see see “Tom Kirkland” as Jack Bauer, but hey, maybe I’ll get over it in about 3 or 4 seasons.

-And finally even though “Nashville” isn’t returning until January on CMT, they dropped the first trailer for next season. Is it just me, or is that trailer all footage from past seasons we’ve already seen? With the season not starting until January, I don’t even know if filming has begun yet for season 5. Whatever the case, I’m glad another network picked it up and it will continue. Doesn’t happen very often in TV, so that was good to see.

Daily Links – 9/20 incl A Chance to Chat Live Tonight at 8:00pm CST & Donate to Charity
Daily Links – 9/23 incl Has Chase Found a New Girl That’ll Get Half of America’s Blood Boiling?
To Top