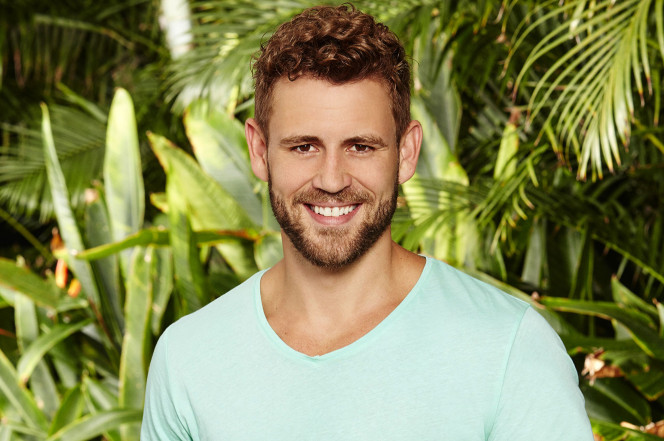 Unbelievably enough, remember when I said on Friday I was giving myself a homework assignment over the weekend? I actually did it. Like, I did my homework. Can’t remember the last time I completed my homework on time. Might’ve been 7th grade or something. Anyway, I wanted to go back and look at the chart that I’d posted regarding the ages of the contestants on the “Bachelor” over the years. I just couldn’t remember when I posted it, but I finally found it. It was from back in January right after Ben’s season started airing and I asked out loud about wanting to know what the average age of contestants was. Within a few hours, a reader had gotten back to me, done the research, and charted all 20 “Bachelor” seasons at the time with every contestants age, followed by the mean, median, and mode of each season. So thanks again to the person who did that for me, because I have a feeling this will come in handy this season. I’m not understand why so many people are either 1) surprised 2) bothered 3) livid beyond belief that Nick has a bunch of 23-28 year old girls on his season.

For those who are still having a hard time wrapping their head around this concept, just know that this has been going on for 20 SEASONS. Nothing’s changed. This show will always cast girls in their early to mid 20’s, no matter what the age of the “Bachelor” is. With that said, why is that even a big deal anyway? In what way could it possibly affect your life that Nick will be dating girls 10-12 years younger than him? If your response is, “Yeah, but women who are 25 don’t know what they want and can’t possibly be ready for marriage and settle down. Nick is 36, mature, and wants to find a wife. That’s just too young,” then I don’t know what to tell you other than you’re watching the show for the wrong reasons. 1) How do you know Nick is serious and wants to settle down and find a wife? Because he signed on to be the “Bachelor?” Now that’s funny. 2) Since when are all women 23-25 not ready to be married? There’s so many variables, it’s really not even a debate at this point. Blanket statements like that are fairly ignorant. It’s a TV show. Stop dissecting it like it’s real life. The whole point of this website is to not take the show so seriously. No different for Nick’s season.

And oh yeah, Jen was 26. When BIP was on this summer, and Nick and Jen were hitting it off, I never heard one person ever bring up their age difference in regards to why it didn’t work out between them. Not once. Yet here we are just a few days into filming for Nick’s season, I release 4 girls last week (and two more today), and the overwhelming response is “They’re so young!” Again, I don’t get it and never will.

In case you missed it back in January, here’s the breakdown of every completed season of the “Bachelor,” it’s contestants, their ages, and the mean, median, and mode from every season:

-Here’s a breakdown of how many contestants age 30 or older appeared on each season during the last 10 seasons. I only used those last 10 since that’s when I feel the show’s popularity has hit it’s peak. But even going back to the first 10, you’ll see the numbers are pretty much the same as well:

-Clear as day. Less than 20% of the cast for 20 STRAIGHT SEASONS is 30 or older, no matter who the “Bachelor” is. This show has never skewered to an older cast yet, right or wrong, people are still gonna watch. Hence the reason they don’t ever change their formula.

-Look at the ages of the Bachelors in the last 10 seasons as well. It’s not like it’s a bunch of mid 20’s guys either. Brad was 35 during his first run, then 38 during his second run. Matt was either 32 or 33 I believe. Jason was 32. Jake was 32. Ben & Sean were 29. Juan Pablo was 32. Chris was 33. And Ben H. was 25. So this notion that “Well, the contestants may be the same age, but Nick is 36 so that’s what makes this weird” is flat out inaccurate. Nick is one of the older “Bachelors” we’ve had, but not really by much. As you see, we’ve had plenty of “Bachelors” in their early 30’s, mid 30’s, and late 30’s, and the average age of the women stayed the same for their seasons. And lets not forget, Brad was 38 the second time he was the “Bachelor.” He chose Emily. Emily was 24. Older guys like younger women. This isn’t news. I’m not sure why everyone is bothered by Nick having a bunch of women between 23-28 on his season. It’s ALWAYS been that way, and there’s your proof.

Before we get to two more girls from Nick’s season, wanted to mention Mike Fleiss’ tweets from the last few days. He’s at it again. He started this last season and I guess will continue it again with his “spoiling” tweets. Nothing about his tweets is spoiling anything. Nick is filming – we already know that. Nick has girls on his season – we already know that. So unless he’s going to send out a tweet with Nick on a date with a caption of, “Here’s Nick at (place of date) with (name of contestant)” and any background information, how are these considered spoilers? Fleiss is just giving you dangling fruits to keep you interested. He’ll never give an exact location, a name, an update on who was eliminated, why, when, what’s the drama in the house, etc. THOSE are spoilers, and that’s what you’ll get on this site in the next couple months. It’s laughable what he does because as much as he tries to tell you he’s giving you behind-the-scenes stuff, what is he really giving you? So for those that missed it, here were his “spoilers” the last few days:

Is it love?!? #TheBachelor pic.twitter.com/Aqp6gop6gj

Wow. What insight. Yes, so those pictures tell us two things. 1) Nick is the “Bachelor” this season and filming began Saturday night and 2) Nick has girls on his season. Other than that – nothing.

Daily Links – 9/23 incl Has Chase Found a New Girl That’ll Get Half of America’s Blood Boiling?
Daily Links – 9/28 Including Pics & Info on Nick’s 1-on-1 Date in Newport Beach Yesterday
To Top