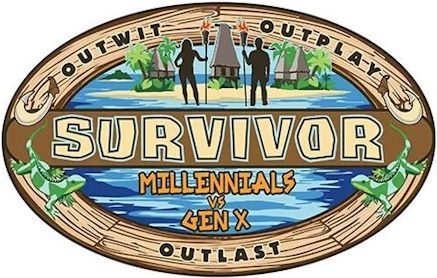 Today is rose ceremony #2 in “Bachelor” world, so be sure to stalk those IG accounts of the girls I gave you to see how many of them come home and either turn their accounts back on, or start adding followers, namely other girls from the show. I know I’ve only released 6 girls so far, but there’s more coming. I have 14 right now, along with the just first names of a couple more. Also, Mike Fleiss released another group picture on Twitter yesterday which shows another 12-14 girls from the season. One thing to remember with Fleiss since he did it last year, is that when he releases a picture, it’s not necessarily a picture he just took. Hell, he’s rarely on set anyway, so the pictures he releases are coming from other people that send it to him. And he usually posts them a day or two after they were actually taken. So just keep that in mind when trying to figure stuff out by what he posts. Yesterday’s was an interesting picture since it showed so many girls. Here it is in case you missed it:

Life in the mansion… #TheBachelorette pic.twitter.com/zao7a27Ohm

The girl in the black sports bra holding the glass standing by herself behind the couch is Whitney Fransway, who I gave you on Tuesday. The black girl sitting right in front of her in the camouflage workout pants is Jasmine Goode, former NY Jets and Dallas Cowboy cheerleader and a current Golden St. Warriors dancer. She’s one of the 8 I hadn’t given you yet, but since she’s practically front and center in that pic, figured I’d give you her name now. Her bio will be up next week. Others in that pic I have been able to identify through sources, some I haven’t yet. Will update you when I can.

Yesterday I mentioned that on Tuesday’s 1-on-1 date in Newport Beach, when Nick and “D” were on the Ferris Wheel, that boat rode by in the water with a video screen flashing “Kiss Kiss Kiss” on it. Was finally able to get footage of that. Here it is:

-With it being Thursday, today you get your “Survivor” fill, with posts from EW.com and RealityBlurred.com. Our recapper Bryan Fischer will have his up tomorrow, and I’ll also link to Stephen Fishbach’s, which hasn’t been posted yet. Also, if Mari’s exit interview comes out today, I’ll link to that:

-SNL also announced their second host of the season for next week, and it’s Hamilton’s Lin Manuel Miranda. I’ve never seen it, so I can’t feed into all the craze behind this guy, but nobody that’s seen it doesn’t swear by it. So I guess he’s good and stuff. Think there’ll be a lot of rapping on next week’s episode? I’d go with yes.

-A couple weeks ago I had the link about the famous Hollywood A-lister that’s at the forefront of pedophile case surrounding former child stars, being fronted right now byCorey Feldman. Apparently Feldman wants to out this guy to the public, even though he’s already done so in depositions. But for whatever reason, the media is refusing to out this guy, which means he must hold some serious power. Radar keeps writing about this story, but constantly tells us they refuse to release the guy’s name. So they know. And many in Hollywood know. It’s only a matter of time now before this gets out.

-Guys, this might be the most important link you’ll read today. I may be a week or so behind on this but I don’t care. I just found this interview yesterday that happened after the Emmy’s, and I just about exploded. The guys who directed “Grease: Live” won an Emmy two weekends ago and were interviewed afterwards. Well lo and behold, these two threw out the idea of possibly having a “Grease 2: Live” and I about lost my sh**. Those who have followed me long enough know “Grease 2” is kinda my thing and has been for years. Long story short, every summer from 2nd through 8th, my parents sent me and my sister to New York to visit relatives for a few weeks. In the summer of 83, “Grease 2” had reached cable and we watched it EVERY DAY it was on. Without fail. Planned our days around it. Hey, I was 8. Cut me some slack. So that’s how it became one of my all time favorites. How can you not like it?

-The Lifetime Channel, fresh off their horrible “90210” and “Melrose Place” awful “untold story” episodes, have decided to do a Britney Spears biopic. And by clicking on that link, we see the first picture of the guy they cast to play a young Justin Timberlake. That alone should prevent you from watching that garbage. They’re kidding right? I thought when they first released that cast photo of “90210” someone was playing a silly joke on us. Now THIS? I think Justin should sue out of pure embarrassment.

-Speaking of Brit Brit, she said in a recent interview that her 20’s were horrible and she’s enjoying her 30’s much more. Gee, ya’ think? Britney, there was a time in your 20’s where most people in Hollywood were convinced you wouldn’t even make your 30’s, myself included. Good to see that you pulled yourself out of that mess and stopped dating giant douchebags who essentially supplied your drug habit. And thank you for the whole “Piece of Me” show. Thoroughly enjoyed myself at that whole spectacle. Lets do it again sometime.

-Miley Cyrus says was the most underpaid person when she played Disney’s “Hannah Montana.” God forbid anyone would’ve paid her what she should’ve been paid, she might even be more insufferable than she already is. Not sure why she’d even bring this up considering where she’s at now, but I guess that’s Hollywood. I highly doubt anyone is feeling sorry for Miley at this point because Disney wouldn’t pay her a few extra bucks when she was 12.

-Nick Jonas says after his split from girlfriend of 2 years Olivia Culpo, dating has been challenging for him. You don’t say? I can imagine how hard it must to be to try and narrow down every night exactly which supermodel in your phone to booty call. Decisions, decisions. I feel your pain, Nick. How you get by on a daily basis I have no idea. We’re all praying for ya’ in hopes that you pull out of this healthy and happy some day.

-This Rob/Blac Chyna baby shower drama doesn’t seem to end now, does it? So let me get this straight, the Kardashian sisters are throwing a baby shower for the upcoming baby Rob & Blac Chyna are producing, but neither of them are invited? Now comes word that Amber Rose is gonna have the DWTS cameras there since she’s attending the baby shower? I’m all confused. Let this be a lesson to everyone: Hell, I don’t even know what the lesson is. Well other than if you’re Rob, don’t knock up the girl who’s already the mother of your sisters ex boyfriend’s child. Or something like that.