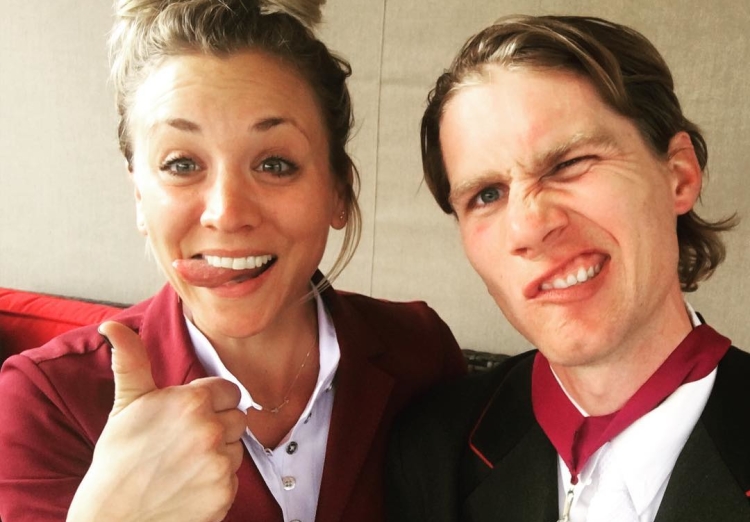 Lets talk politics for a second. Just kidding. Thought that might be a catchy first line that’ll get people all riled up. Because God knows my Facebook feed nowadays is nothing but a bunch of know-it-alls who swear by one person or the other. It’s the exact reason I can’t stand politics and have zero interest in talking about it with anyone. Don’t follow it, not informed, so I actually stay out of debates since I have nothing to argue. I don’t try to convince people of things I know nothing about. Someone wants to talk sports with me? I’m down. Wanna discuss the “Bachelor” franchise til the wee hours of the morning? Count me in. Why? Because I know that stuff. I don’t know politics and I’m not gonna pretend like I do. So there’s no need for me to talk about it. I just wish more people on social media would take the same approach. Oh well. If I only have to deal with this every four years, I think I’ll live. Besides, with some great college football games this weekend, and Nick starting to film episode 3 beginning today, there are totes more important things going on this weekend, right?

-Good to see TMZ is only 2 ½ days behind on their “exclusives.” Nick’s 1-on-1 date was Tuesday night in Newport Beach, but at 2:30 am this morning, they ran their story which I was tweeting out the night of. Yes, the “D” I was talking about was Danielle. As for the rest of her info, you’ll get that later. What’s funny is the Reality TV Awards are coming up, and my site along with TMZ and a few others are up for Best Reality TV Website. So just based on the reporting of this story alone, gee, who would you vote for?

More “Survivor: Millennials vs Gen X” stuff to get to for today. Our own recapper Bryan Fischer has his recap, along with Stephen Fishbach’s for People.com, and Mari’s exit interview with the media yesterday.

-Good news. Two episodes in, and “Designated Survivor” has already been picked up by ABC for a full 22 episode season. I’m liking it so far. Kiefer even gave us that “dammit” last episode, which had all us “24” squealing with glee. Well, I did at least. 3 shows in the fall season have already been picked up for full season orders, and two of them are ones I actually watch: DS and “This Is Us.” I must have great taste in television or something.

-Kendall Jenner tells us how she deals with cyber bullies. It’s great advice and essentially is exactly how you want to deal with moron internet trolls. The problem is, someone like her doesn’t always adhere to that. Of course you want to ignore them. I don’t get nearly as much hate as Kendall, but I’ve no doubt had my fair share. In over 10,000 tweets, I think maybe once I engaged in a back and forth with a Twitter troll. And it was the last time I did it. It’s pointless. You can’t win a Twitter argument with a troll. Ever. So why do it? However, I think Kendall has engaged before on a few occasions, so, maybe she should listen to her own advice.

-Lindsey Vonn went fully nude with just ski poles promoting a new lifestyle book. The interesting thing about this is if she were still with Tiger, there isn’t a chance in hell he would’ve let her do this. He’s waaaaaay too image conscious to ever let someone he’s with do something like that. Is there anything wrong with what she did? Of course not. But in Tiger’s world, oh boy. He would’ve dumped her the next day if she pulled that stunt.

-Nicole Scherzinger is coming out now and and slamming any rumors that she cheated with Calvin Harris, due to a paparazzi picture that came out shortly after his TSwift break up. Calvin, this hook up may not have happened, and you absolutely, 100% could’ve been faithful to Taylor the whole time you were with her. However, if you weren’t, and there’s an ounce of this story that’s true – we get it. In fact, we’d forgive you. C’mon Taylor, you couldn’t let him have one hall pass for Nicole?

-Amber Rose says she felt body shamed by Julianne Hough after her dance on Monday, when during the results show on Tuesday, cameras caught Julianne telling Bruno she thought the dance was “uncomfortable.” Frankly, I can see both sides on this one. I see why Amber might’ve thought Julianne was body shaming her based on that comment in a vacuum, but when you read Julianne’s response, you can see it was taken out of context. And I’m sure Julianne will address it on Monday with her.

-Nicole Kidman says she looks back now on her marriage to Tom Cruise and basically can’t believe it. You know what Nicole? Neither can we? Especially when you made that horrible movie with him that had all the creepers in masks having group orgys. Not your best work to say the least. Another reason why none of us really understood that marriage? Well, Tom doesn’t necessarily strike a lot of people as being into women. There’s that.

-It’s been confirmed now that Lady Gaga will perform the Super Bowl Halftime Show this year because, well, all her little monsters are such huge football fans, they’ll totally reach a whole new audience. Granted, the Super Bowl Halftime Show has never been about artists who appeal to a football fan base, so I guess it doesn’t matter. And since she has an album dropping next month, it makes sense. I’ll just probably be ordering pizza at that time because I have zero interest in watching her perform.

-And finally, Kaley Cuoco has yet another boyfriend that she stepped out in public with. It’s almost like Taylor Swift-light. Every guy Kaley is with, we hear how wonderful it is, her friends love him, Kaley’s posting pictures of them together, then the ultimately break up within a year. Hey, maybe this guy has a chance since he has the same initials as her. My guess? Ummmm, they aren’t lasting. And I’m basing it on the Hollywood phenomenon that it never works when one part of the couple is inherently more famous than the other. You’ve got the second highest paid actress in all of television now dating a professional equestrian. I rest my case.