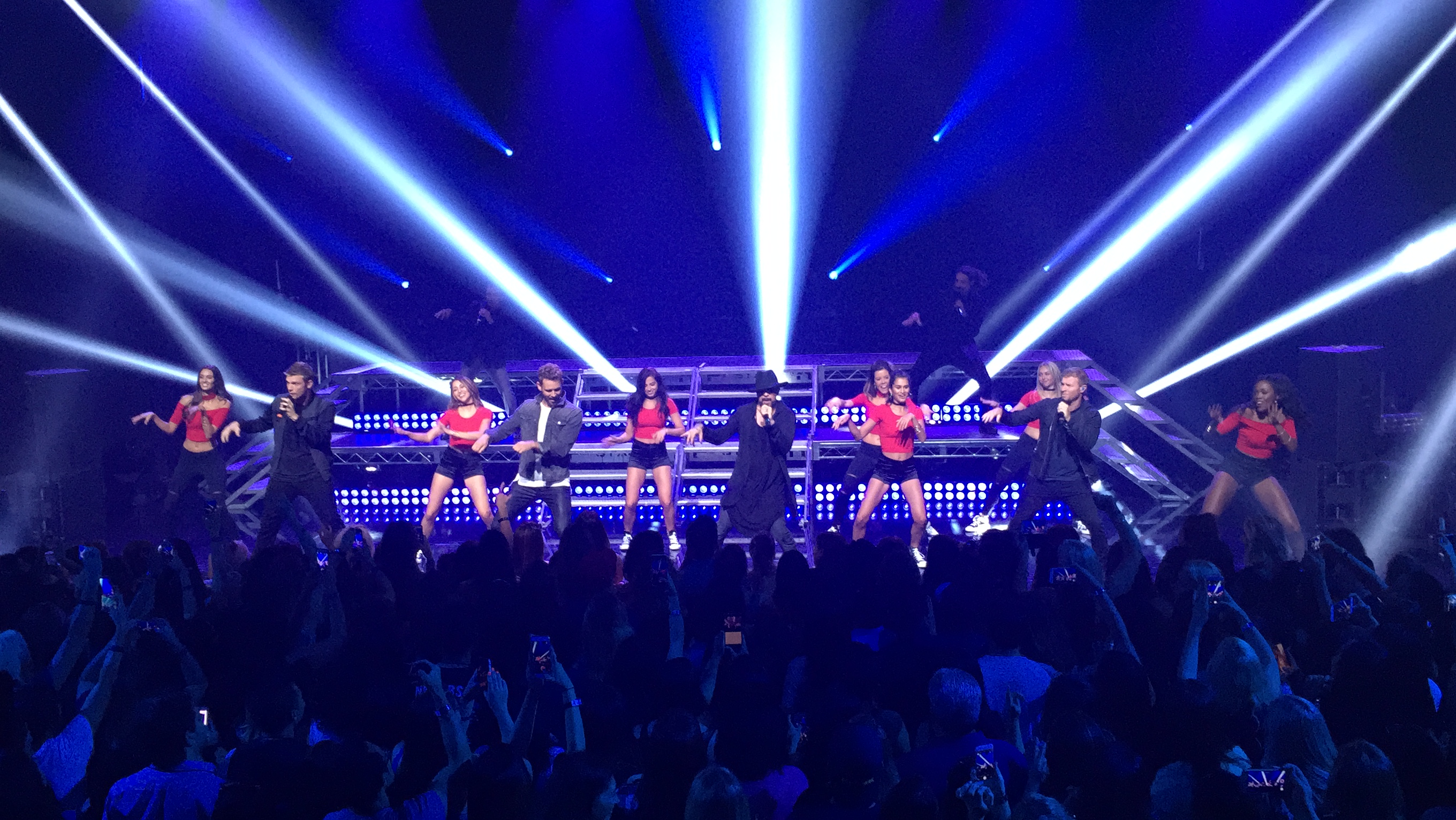 Tonight is rose ceremony #3 of the “Bachelor.” I’m starting to hear more things about possible locations they are heading to this season, but need more solid confirmation before running with it. I don’t know if episode 4 is in LA, or they will start traveling. Past seasons of the “Bachelor” don’t give us any indication one way or another. If you look back at the past 5 “Bachelor” seasons, two of them started traveling after episode 3 (Ben and Juan Pablo), two of them started traveling after episode 4 (Sean and Chris), and one of them started traveling in episode 2 (Ben F. only shot the opening night in the mansion before traveling in every episode). So I guess we’ll know shortly if episode 4 will shoot in LA and then they’ll start traveling, or they’ll take off tomorrow and traveling will begin with episode 4. Based on one of the locations I’m hearing for later this season, very possible they are staying in LA for episode 4. Not 100% sure though.

-In case you weren’t following my tweets on Friday night, Nick had a group date at the IHeart Theater in Burbank where he took 7 girls on stage with the Backstreet Boys concert. Ashley and Becca were there live snapping the whole event, but there are much clearer pictures from tweets, Instagrams, and media stories. The Backstreet Boys spent time with Nick and the girls before the concert teaching them this part of the dance:

They chose Danielle as the “winner” for doing the best job (at the 5:50 mark, you can see a producer come on stage and tell them they need to do it “one more time” and did another take), and that’s the one Nick got to serenade with. They kissed while the other 6 girls had to stand there and watch them rub up against each other uncomfortably. This is not the Danielle that got the 1-on-1 in Newport Beach. Different girl. So there are two Danielle’s this season. Of the 7 girls on that date, I’ve given you three of them already: Whitney Fransway, Kristina Schulman, and Jasmine Goode. You know the girl who got serenaded is “Danielle” but I haven’t give you the other three yet. There are still now 10 girls I haven’t released this season that I have. As I always say, there’s no rhyme or reason as to when I’ll release more, but there will probably be some more this week. I’m trying to get confirmation on a couple.

-In the season premiere of SNL this past weekend, Weekend Update anchor Michael Che dropped the n bomb, and plenty of people heard it. I watched it Sunday morning and most certainly heard it. What’s weird is it’s been two days, and no statements from SNL regarding it, and some sites aren’t even mentioning it. My guess? He’s going to get suspended for an episode or two. How can he not?

-As for the rest of SNL, the Trump/Hillary debate in the cold open definitely delivered. SNL has always been king when it came to their presidential skits over the years. And just like Will Ferrell’s Bush saying “strategory,” I think that Baldwin’s Trump pronunciation of “China” will become the new “it” thing. Probably the funniest part of the skit. Didn’t know how well Baldwin would do in that role, but he killed it. Looking forward to seeing that for as long as he needs to do it.

-Lindsay Lohan almost lost a finger during a boating accident this weekend and, well, there are probably 592 different jokes I could come up with for this. But this is a PG 13, clean site and no need for that, right? I really do care about Lindsay’s finger. Good thing it didn’t get lopped off in that accident. Or by her boyfriend/fiancé. He’s prone to doing some pretty wild sh** according to her.

-Great news everyone! There’s more talks about a Sex and the City return. Aren’t you thrilled! Because who wouldn’t want to see what a bunch of menopausal women in New York are now up to 10 years after they did anything relevant. I mean, count me in for sure. That’s must see television. Hasn’t this been discussed every year since the last movie came out? Lets hope this is just chalked up as another rumor and it never happens. For humanity’s sake.

-Amber Rose will finally get her say tonight after complaining she felt body shamed by Julianne Hough last week during the results show. Julianne made a flippant comment about her being “uncomfortable” during Amber and Maks’ booty dance. Well, this week they have a Cirque de Soleil tango, that they say will be incredibly sexy. Wonderful. Maybe Julianne will wear a blindfold during their dance tonight to not be so offended. Or, as expected, Julianne will go so over-the-top with compliments on how sexy looks tonight to diffuse the matter. You know it’s coming.

-In spite of the incident last night where Kim was robbed at gunpoint in Paris where thieves made off with $10 million in jewelry, I saw this story late last week that made me giggle. It was a retrospective on all past wardrobe malfunctions Kim has had. Can we really call it “wardrobe malfunctions” when in all honesty, she could care less if her whole dress came off during an event? Should only be called that when the person in question would actually be embarrassed at the malfunction. Not Kim. She’d probably throw a party.

-The new season of the “Real World” is upon us as the first trailer was released. Real World: Bad Blood.” Oooooohhhh, does this mean Taylor Swift will be making an appearance. I still haven’t decided if I’m gonna tune into this or not. I’m more of a “Challenge” guy now, and I realize that I don’t necessarily need to know these contestants from the seasons they were on previous to enjoy them on the “Challenge.” I might tune in for the premiere to see the cast, then determine from there. Get back to me later.

The trailer for the 5th installment of the Pirates of the Caribbean franchise was released last night:

Awesome. I can’t tell you how much I’m looking forward to not seeing this one. I was so excited to not watch the first four movies, not watching the 5th one will be just as exhilarating for me.

-And finally, EW.com is doing their annual “Where Are They Now?” issues with former TV show casts. They recently focused on “Who’s the Boss?” which, if I’m being honest, turned me from boy into a man. I mean, Alyssa Milano when I was in 7th grade was the bees knees. The cat’s pajamas. The peanut butter to my jelly. The amount of time I spent looking at her in magazines, stopping off at the grocery store on the way home from school, was quite unnerving. And of course I remember the bra episode. Who doesn’t?