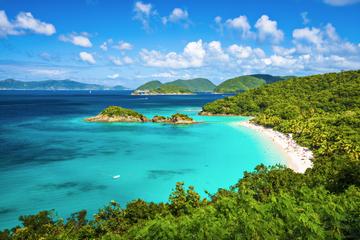 Been kinda quiet on the “Bachelor” front in recent days. Well, publicly that is. When I say “quiet,” that means that nothing got out on social media the last couple days they were in New Orleans. But that doesn’t mean I didn’t hear what happened. The way I look at it is this: Stuff that gets “spoiled” on Twitter and Instagram by the masses, while still being considered a “spoiler,” it’s very low on the scale because anyone can see it. I don’t consider myself the authority on the “Bachelor” spoilers when I’m retweeting something that someone posted. That’s not what you come to this site for. All I’m doing is taking the time to look for it and having two eyeballs. Anyone can spoil that part if they just took the time to search the internet. But I realize not everyone is afforded that time, nor probably wants to, so that’s part of my “job.” I think you come here for the things that AREN’T easily accessible online, and the behind the scenes stuff that very few know about. And that’s what I pride myself on. Like telling you who got the first impression rose, or telling you where they’re traveling to before they even start traveling, the roses, the dates, the drama, exclusive videos and pictures, eliminations, etc. That’s what I care about give you the most. So the less stuff that gets out publicly on Twitter and Instagram, the more spoilers I’ll have to give you when I release the episode-by-episode spoilers. And there’s PLENTY of stuff that isn’t out there publicly right now that I’m saving for the ep-by-ep spoilers.

Anyway, a minor correction to make regarding travel. Told you before they left LA that they’d be going to Milwaukee for episode 4, New Orleans for episode 5, didn’t know about episode 6, and St. Thomas for episode 7. Well, they’re in St. Thomas right now for episode 6 filming that begins today, and from what I’ve been told, they’re going back to the Bahamas for episode 7. I say going back because they went there for Ben’s season (episode 6) and they rarely, if ever, go to the same location in back-to-back seasons. But Bahamas is coming from a pretty good source, so unless I hear otherwise, I’m pretty sure that’s where they’ll be next week before hometown dates begin.

-Our Nell Kalter has your RHOC recap for the ages. That just sounded good. Since Nell does as many recaps for this site as I do covering 3 different shows that seem to run year round, figured I’d mention that. Go check out her breakdown of the hot messes that roam the streets of Orange County. Always a doozy.

–Glamour magazine has your DWTS recap from last night that basically had Pitbull saying he wanted to have sex with Jana Kramer. You know, we can all think it, but you might not want to verbalize that on national TV, PB. Probably something you should keep to yourself. With that said, that was definitely one of the sexiest dances I’ve ever seen on the show. Hubba hubba. If I could whistle with my fingers I totes would’ve done it in the audience.

-Since there was no “Daily Links” yesterday, I have a few stories that are carrying over today. Like this one. In case you missed SNL, EW.com has their SNL recap up, along with clips from the show. The Trump/Clinton stuff is killing it this season. You knew Moynihan was going to play Ken Bone, and he made him even creepier than you’d expect. Rest of the show was pretty blah, but their political skits are on point this season.

-Tara Reid is looking mighty healthy these days, no? Ummm, someone might need to monitor her calorie intake daily. Because right now, it looks like she’s around 500 calories a day, and she should probably be at around, oh I don’t know, 10,000. Unfortunate that she’s turned into a hot mess since “American Pie,” when I think a lot of people thought she’d take off after that movie. Sad. Someone give her an Uncrustable or 10.

-You know me, I love me some game shows. I remember back in those summers where my parents sent me and my sister to NY for a few weeks in the 80’s, we, along with my cousin, would wildly entertain ourselves during the day watching “Grease 2,” “Jaws 3,” and “Muppets Take Manhattan” on repeat, and also watch numerous game shows. Even created our own “Price is Right” to play against each other. Anyway, did you see this craziness from the show this week? Holy crap. Is there a math major out there who can explain the odds of THAT happening? 1 in infinity? And I know you’re told to act like a spaz once you get on stage at that show, but that first woman blew doors on all others before her. What the hell was that?

-First off, I didn’t even know there was a World Kickball Championship. But secondly, how can I be a part of this? dodgeball I loved kickball. Granted, I haven’t played since 8th grade, but I’m sure I could pull some of this off. What a heartbreaker for the Denver Dice, and congrats to the Fort Lauderdale Meatballs. Yes, this is a real thing. And they have announcers for this stuff? I’m fascinated by this.

-Kristin Cavallari is in the news again because, well, someone wanted to interview her and it seems like she’ll talk to anyone that has an outlet. She says she wasn’t impressed the first time she met husband Jay Cutler. You know what, all of Chicago probably agrees with you. They never were and still aren’t. Frankly, your husband sucks at his job Kristin. You should rethink popping out kids every 9 months with him.

-Taylor Swift is back at it. She donated $1 million to the Louisiana flood victims because she’s a humanitarian, and I’m sure it’ll take a whopping 12 seconds before the haters say she did this for attention. Or ask why didn’t she donate more. Or her squad is promoting unhealthy body images. Haters gonna hate hate hate hate hate. Just shake it off Taylor. Shake it off. See what I did there? I’m quite creative.

-Joe Jonas says he’s not ashamed that he recently outed ex-girlfriend Ashley Greene as the one he lost his virginity to, along with going into details how it happened. Ashley wasn’t too thrilled about it with her IG post that threw shade at him. Just think Ashley, it could’ve been worse. He could’ve gone the Andi Dorfman route and written a book detailing your relationship, your sex life, and your breakup.

-Snooki hasn’t been in the news for a while and that’s probably a good thing. Whatever the case, she recently made some news because she got a boob job. Whoever would’ve thought these two from “Jersey Shore” would still be relevant today? I think I watched maybe two episodes of that show the whole time it was on. Just didn’t get the appeal. But then again, maybe I wasn’t supposed to.

-Demi Lovato said a couple weeks ago she was taking 2017 off from the public eye because she wasn’t “cut out” for Hollywood. Since there’s still 2 ½ months left in the calendar year, she needed to make sure to let people know she changed her hair color. Thank you for that Demi. I really appreciate it. You know, other day as I my life was going along just fine, I had a panic attack all the sudden not knowing what color your hair was now. But you saved me by letting me know, so I really appreciate it.

-Recent reports say that Jennifer Lopez and Casper Smart broke up because she caught him cheating on her. Like, in the act? Walked in on him cheating on her? Or just saw sexts on his phone or something? C’mon. These are the details we need to know. Very important stuff. What’s funny is I guess I missed the latest report that they even HAD broken up. Since they’ve broken up like 19 times already, they all kinda blend in. Oh JLo. Time to go find another 25 year old anonymous backup dancer to satisfy your older woman needs. Rawr.

-And finally, some Zayn news. When Zayn ended his engagement to Perrie Edwards, rumors circulated he did it over a text. He’s always denied it. Now Perrie says that rumor is no rumor. It’s absolutely true he dumped her and the engagement over a text message. Ouch Zayn. You couldn’t have at least called? FaceTimed? Maybe send a pigeon carrier? How incredibly tacky. Harry would never have done that.