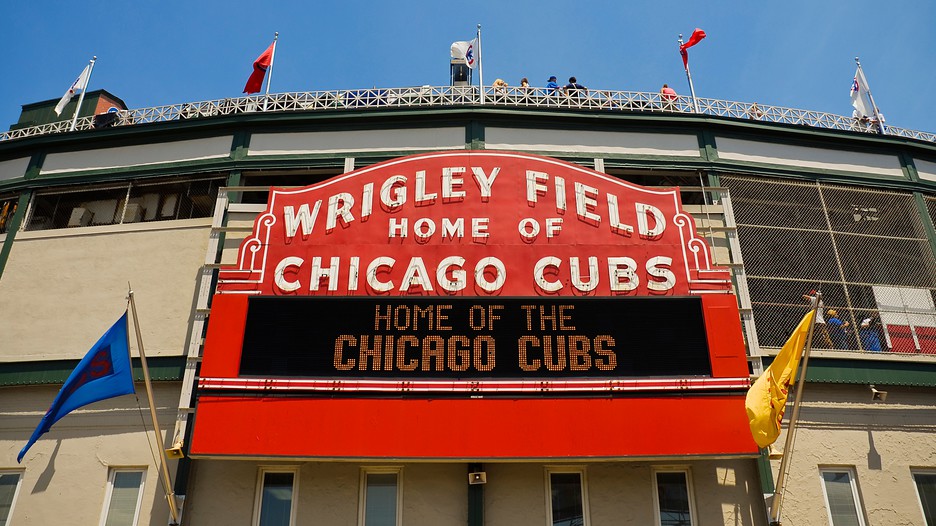 With the World Series beginning tonight, one of these two franchises will win a title for the first time in forever. The Indians haven’t won a World Series since 1948 I believe and the Cubs haven’t won one since Jesus was in high school. The talk the last few days surrounding the Cubs has been to let Steve Bartman somehow be a part of the festivities, possibly letting him throw out the first pitch at Wrigley. Bad idea, but not for the reasons you think. I saw the 30 for 30 doc on Bartman. It was embarrassing if you’re a Chicago fan. The treatment of that guy was unlike anything I’ve ever seen. As I said at the time and I’ll say again, you do realize your team was up 3-0 in the 8th inning when Bartman interfered with that ball, right? And you do realize Alex Gonzalez made a horrible error after that which was way worse than anything Bartman ever did, right? Apparently not. The Cubs fans are cursed, and I honestly don’t think even with the high they’re on now do they want him anywhere near the stadium. Because if they lose the World Series, and he’s a part of it, no matter what they’ll blame him for it because that’s what they’ve done ever since the incident, which might be the stupidest thing I ever heard. But if the Cubs do win it all this year, I say you do whatever you can to somehow welcome that guy back next year. He wasn’t the reason you’ve sucked for over 100 years. Get over yourselves. It’s utterly ridiculous how the city has treated him since that game. Not that there’s any reason now to disgrace the man even though plenty do, but if they win it, then the curse has been lifted and you can let go of your hate for the guy.

-Our Nell Kalter has your RHOC recap up to view. If I’m not mistaken we are only 12 weeks away from the beginning of the season ending run, followed by a 9 week reunion show. Hell, I don’t know what I’m talking about. I just know this show never ends, and Nell somehow manages to recap it every week. And Vanderpump Rules is right around the corner!

–Glamour magazine has your DWTS recap from last night, including post show reaction from a show that was, lets just say “off” in some ways. I didn’t think any of the performances last night were all that great, and this was the first group dance I can remember in recent history that bored me to tears. Not surprising Maureen went home, as she was clearly the least talented dancer left. And despite what Julianne says, James is not the best male dancer this show has ever had. Please. Hyperbole much? He’s good, don’t get me wrong, but he’s not the best male dancer the show has ever had. Don’t you remember Master P?

-Britney had another wardrobe malfunction during one of her recent shows in Vegas. This seems to happen like once every few months, and someone inevitably catches it on film. What’s funny is one her strap broke, it probably would’ve been easier for her dancers to fix if she just would’ve stop moving for a bit. I get she has a show to put on, but it’s not like she was doing any important moves while they were fixing it. Trust me, I’ve seen the show. NONE of her dance moves are important compared to her backups.

-The latest DWTS dating/hook up rumor is that Val and Amber Rose are getting cozy. And Val certainly didn’t deny it when asked about it. Who knows if they are or aren’t, but it’s not like it’d be far fetched if they were. This stuff happens all the time on the show, whether it’s between partners or different couples. It’s part of the DWTS storyline almost every season trying to ship two people. Val likes the ba donk a donk.

-Guys, I’ve got David Pumpkins on the brain and it’s not going away. Like, that song just bounces around in my head periodically throughout the day and there’s really nothing to stop it. Not only that, then I come across this story yesterday that says I can be David Pumpkins for Halloween! Now, if I actually dressed up for Halloween, this is what I would go as this year. But considering I’ve dressed up once in the last, oh I don’t know, 30 years, probably not gonna happen. I’ll just be David Pumpkins in spirit.

-The rage this weekend besides Taylor Swift performing her first concert in 2016 was whether or not she was going to drop a mystery album on everyone. Since she started releasing music 10 years ago, she’s always released an album every two years. And 1989 was released in 2014. And the wackos out there know that 13 is her favorite number, so they though that she’d be releasing an album on 10/23/16 because if you add up those numbers, they equal 13. Yes, some of her fans are a little neurotic. But not me. Never. Anyway, lets take a look back and what Taylor’s debut album looked like.

-Justin Timberlake says that he’s having a lot of fun practicing for more children. Translation: I like having sex with Jessica Biel. He said that, not me. But I’m sure if Jessica was my wife, I’d be saying the exact same thing. She’s in my top 5. And yes, I’m aware that my top 5 has about 15 women in it, but hey, it’s my list. It can go as long as I want. That’s what she said.

-Remember that whole blue/gold dress debate on the internet? Looks like we have a new one. Someone posted this picture of their child being held by a celebrity, and the debate raged on of who was holding the kid, Tom Hanks or Bill Murray? Really? People struggled with knowing who that was? That’s easy. It was David Pumpkins.

-The Biebs is at it again, as the kid can’t seem to not get pissed off at his fans. After that story last week he basically told his fans to shut up and stop screaming at his concerts when he’s talking, he did it again at a concert this weekend and just walked off stage. Granted, he came back, but then said he’s not going to engage the fans anymore, he’s just gonna sing the songs. What’s up his ass? Justin, for as long as you do a concert, there will be teenie boppers who scream at the top of their lungs. Trust me, I don’t get it either, but it’s inevitable. Deal with it and stop taking your toys and going home.

-And finally, the sports story of the day comes from that fountain of semen, Antonio Cromartie. He had two more kids (twins) and they sleep in football helmets. Cute. But unless you read the full story, or already know what he’s about, you’ll see that they shoe horn in that he has 8 KIDS from previous relationships. Which means he has 12 kids total. What they further don’t get into was how many different women those kids are from. We all remember this story, right? With these two twins, he now has 4 kids with wife Terricka. And has the other 8 kids with 7 different women. So yes, for those doing the math at home, Antonio Cromartie has 12 kids with 8 different women. It’s called a condom, Antonio. Just stop.