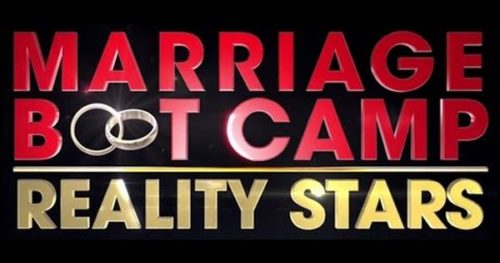 A lot of you have asked me to either recap or comment on Ben & Lauren’s show on FreeForm. Unfortunately, I haven’t watched it, nor do I care to. I mean, great for them they got a spinoff show, but it’s just something that doesn’t interest me in the least bit. Sure, I’ve seen clips and read things here and there, but I have no idea what’s going on on a weekly basis with that show. I haven’t seen any cable ratings for it either, but I can’t imagine it’s making many waves. Not to mention the people I have heard from who watch it say it’s awful. Totally contrived, nothing organic, and basically just milking the franchise. Which I get. I get why FreeFrom would want to do it and I get why Ben and Lauren would agree to do it. I also get why it wouldn’t be any good. When every single episode you produce, you have to come up with storylines and scenarios that make TV “interesting,” then that’s not someone’s real life. It’s TV. And that, unfortunately, is what this franchise has turned into now. It’s who can seize opportunity and capitalize from their time on the show. We’ve seen plenty of couples do it recently, whether it’s appearing on other shows, or pimping product on Instagram, it’s what this franchise has become now. And today I can exclusively reveal to you more names to add to that list…

“Celebrity Marriage Boot Camp” has been raiding the “Bachelor” franchise as of late. Started with Ryan and Trista, then Sean and Catherine, then Michelle and Cody, then last season (airing now), was Jade and Tanner. We can now add another “couple” to their list, as filming for the next season I believe began shooting this week. Ready for this one? JJ and Juelia. Yes, the couple that recently admitted they’ve been dating for two months are already headed to “Celebrity Marriage Boot Camp.” We all know this is a cash grab for both of them, so hey, enjoy it for what it is. Now, I don’t know when the season after JJ and Juelia’s begins filming, but I’m willing to bet you a million gazillion quadrillion dollars that we’ll see one of the three recently engaged BIP couples on that show, and most likely it’ll be Grant and Lace. That’s nothing I’ve heard at all, but just knowing those two, knowing they aren’t against making a quick buck, and knowing the CMBC franchise loves having “Bachelor” couples on, I gotta imagine those two will be appearing on that show in the future. I can’t see Evan and Carly doing it, and I think Josh needs to stay away from all dating shows that expose his relationship shortcomings, so yeah, I’ll go with Grant and Lace. Lets see if I’m right on that one.

In addition, because a spinoff show he was trying to pitch garnered zero interest from any TV networks, our resident bad boy Chad Johnson will have to join an already existing cast as I’ve learned that Chad will be on the next season of “Famously Single.” They haven’t started filming yet, but it starts soon from what I hear, and that Chad is set to be on the cast. I hope all of you realize this isn’t ending anytime soon. And all of Nick’s girls are chomping at the bit to get their Instagram and TV careers started as well. I mean lets face it, a lot of them are gonna make up a majority of “Bachelor in Paradise 4,” so get ready. They just can’t right now because they’re not “officially” on the show until ABC releases the cast. Which you already know most of. They’re just reaping the benefits of the others who paved the way before them. Good times.

As for Nick’s season, I know I haven’t released any girls in a while, but there’s a reason for that. I told you earlier this week that there’s 30 girls on this season. I now have 26 of them, 17 of which are on Nick’s Girls page. With hometowns quickly approaching, I’m still deciding how and when I’m going to release the girls. There’s been zero social media pictures from the Bahamas, so the less that’s released publicly, the less I feel I need to reveal right away. But I have your final 6, I have 9 more girls I haven’t released, and I have more tidbits from this season I haven’t given you yet. Be patient. You’ll get it in due time.

-In case you thought country artist’s all wrote songs about the same thing, here comes Luke Pell’s latest album. Wait a second, you’re telling me a country singer is going to write about heartbreak? You don’t say? As I’m sure the rest of the tracks on Luke’s album will revolve around dive bars, pick up trucks, drinking, and his dog. I’m sure JoJo loves having a song or two written about her. I wonder if Luke will throw something in there about Jordan and all his Raya women? That’d be a hoot.

-Here’s all your “Survivor” goodness today. EW.com, People.com and RealityBlurred.com have your recaps, with our recapper Bryan Fischer coming tomorrow.

-I know this is a couple days old, but I guess I must’ve not been paying attention. I didn’t realize Len and Gleb kinda got into it on DWTS Monday night. Len mentioned their dance didn’t have enough Samba content in it, and Gleb shot back with basically, “Yes it did.” And that got Len all hot and bothered. Well, Gleb wasn’t done giving us his thoughts on Len. Ouch. So basically we can expect Len to lowball Gleb on scores the rest of the season. Good job.

-Word coming out now that the reason for the Scottie Pippen and Larsa divorce is that she cheated on him with Future. And Future didn’t seem to deny it, nor was he the least bit subtle about it on social media either. Well, I guess that would be grounds for divorce now, wouldn’t it? If I had a clue who Future was, maybe I’d be more invested in this story. Other than being a rapper, I don’t know any of his songs or what his deal is.

-So the blue/gold dress was the craze last year around this time, and then yesterday I had the link where people couldn’t tell the difference between Bill Murray and Tom Hanks. Alas, yet another illusion that’s swept the internet: shiny legs or paint? I mean, when I first looked at it, it absolutely looked liked the legs had some saran wrap over them or some glossy substance. Then once I saw it as paint, that’s all I see now. Weird.

-Word is that Tom Cruise has had a serious girlfriend in London for a few months now, but he’s keeping it under wraps. Well of course he is. She hasn’t met Xenu yet and all the weirdness that comes about by being sucked into that religion. Hope this woman knows what she’s getting herself into. Her life is about to change big time. My only question is, is the contract she signed longer or shorter than the one that Katie signed? Just curious.

-Already Kim Kardashian is getting bored by her low key life out of the spotlight. Really? What a shocker. You mean a self promoting camera whore who all the sudden isn’t getting any attention because she isn’t putting herself out there suddenly doesn’t know what to do with herself? This story would’ve been more surprising if the headline read, “Kim Kardashian Loves Being Out of the Spotlight.” Attention is like air to a Kardashian. They can’t live without it.

-Speaking of the Kardashians, apparently Khloe’s new man, Cleveland Cavalier forward Tristan Thompson, wants to steer clear of her family. Tristan, good luck with that. So we can basically call this relationship already over, right? No way this is the one that lasts, is it? Especially if there’s already rumblings he doesn’t want her family around? That’s basically impossible when it comes to them. Not sure how that’s gonna work, but hey, good luck Tristan. How about you spend more time figuring out how you’re going to defend the title this year, and less time thinking about how many episodes of KUWTK you have to be on?

-And finally, yesterday I had the story of the $3 million bra that will be appearing on the new Victoria’s Secret show in Paris. If I were to ask you, how long do you think it took to make that bra, what would be your guess? A few days? Maybe a week? Well apparently my bra removal skills are much more polished than my bra making skills, because that thing took a month to make. A month? For a bra? What the hell? I know it had a bunch of stones and what not put on it, but how does that take a month? Get a glue gun, paste those things on there and be done with it. Smh.